Trump says ‘not much headway’ in talks as shutdown drags on

WASHINGTON (AP) — White House officials and congressional aides emerged from talks to reopen the government without a breakthrough Saturday, though they planned to return to the table the following day.

President Donald Trump tweeted: “Not much headway made today.” The president later tweeted that he planned to go to his retreat at Camp David, Maryland, on Sunday morning to discuss border security and other topics with senior staff.

Democrats agreed there had been little movement Saturday, saying the White House did not budge on the president’s key demand, $5.6 billion to build a wall along the U.S.-Mexico border.

The White House said funding was not discussed in-depth, but the administration was clear they needed funding for a wall and that they wanted to resolve the shutdown all at once.

Accusations flew after the more than two-hour session led by Vice President Mike Pence. Acting chief of staff Mick Mulvaney, in an interview with CNN’s “State of the Union,” accused Democrats of being there to “stall.” Democrats familiar with the meeting said the White House position was “untenable.” 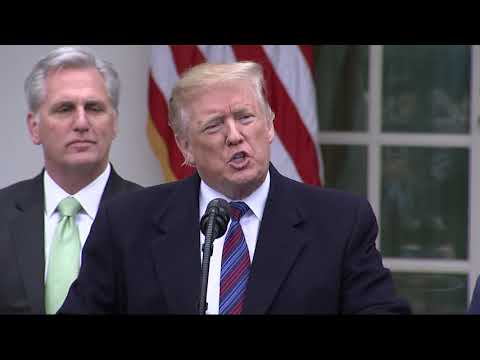 “While President Trump threatens to keep the government shut down for ‘years’, Democrats are taking immediate further action to re-open government, so that we can meet the needs of the American people, protect our borders and respect our workers,” Pelosi said.

In an interview with NBC’s “Meet the Press,” set to air Sunday, Mulvaney argued that the administration was willing to deal. He said Trump was willing to forgo a concrete wall for steel or other materials.

“If he has to give up a concrete wall, replace it with a steel fence in order to do that so that Democrats can say, ‘See? He’s not building a wall anymore,’ that should help us move in the right direction,” Mulvaney said.

The president has already suggested his definition of the wall is flexible, referring to slats and other “border things.” But Democrats have made clear they see a wall as immoral and ineffective and prefer other types of border security funded at already agreed upon levels.

Trump had campaigned on the promise that Mexico would pay for the wall. Mexico has refused. He’s now demanding the money from Congress.

Trump, who did not attend the discussions, spent the morning tweeting about border security.

Showing little empathy for the hundreds of thousands of federal workers furloughed or working without pay, Trump declared — without citing evidence — that most are Democrats. He also asserted: “I want to stop the Shutdown as soon as we are in agreement on Strong Border Security! I am in the White House ready to go, where are the Dems?”

One Democrat, Maryland Sen. Chris Van Hollen, said in his party’s weekly radio address that the shutdown “is part of a larger pattern of a president who puts his personal whims and his effort to score political points before the needs of the American people. ... He is pointing fingers at everyone but himself.”