LOS ANGELES (AP) — Werner Herzog is calling “The Mandalorian” ″a phenomenal achievement” after joining the cast of the streaming series set in the “Star Wars” universe.

Herzog told The Associated Press that he’ll likely appear in two or three episodes of Jon Favreau’s series as “a character in whom you cannot trust.” The series, starring Pedro Pascal, Gina Carano and Carl Weathers, is set to premiere in November with the launch of the new Disney Plus streaming service.

The famed 76-year-old German writer, director and actor does have a confession: He’s never seen a “Star Wars” movie.

“I’ve seen some trailers. I’ve seen some excerpts here and there. And I know about the whole franchise and about the toys for the kids and so — it’s all a new mythology,” Herzog said. ... You better take them seriously.”

Herzog said he was impressed by the practical, real-world approach of “The Mandalorian,” whose directors include Taika Waititi and Bryce Dallas Howard. The series is set in the aftermath of “The Return of the Jedi,” taking place five years after the Rebellion’s victory.

″‘Mandalorian’ was filmed not like all the other ‘Star Wars’ or other big event films -- green screen, green screen everywhere — and the camera motion-control moving there,” Herzog said. “All of a sudden you have a phenomenal step forward. As an actor, you see the entire planet on which you are. You see the landscape.” 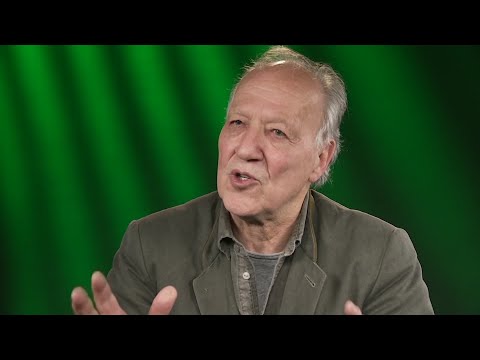 “The camera, that could even be hand-held and move in between us, sees the same landscape. It’s not green-screen and artificiality. It brings movie-making back where it should be. It’s a phenomenal, phenomenal achievement,” he said.

Herzog was interviewed this week while promoting his new documentary “Meeting Gorbachev.”