HAWTHORNE, Calif. (AP) — Harrison Ford was piloting a plane that wrongly crossed a runway where another plane was landing, and federal authorities are investigating, officials and a representative...

Airline service in the United States is teetering on the brink of collapse, with near-empty planes and coronavirus outbreaks that have left some air traffic control towers empty.

Vegas airport tower closes after after controller gets virus

Report: Plane that crashed, killing 4, broke up in air

CALHOUN, Ga. (AP) — A small plane that crashed in the north Georgia mountains, killing four people on board, was on what was listed as a training flight and broke up in the air after a pilot...

LOS ANGELES (AP) — The pilot of the helicopter that crashed and killed Kobe Bryant and eight others was almost out of blinding clouds when he suddenly plunged and crashed into a Southern...

NASHUA, N.H. (AP) — Three air traffic controllers in New Hampshire are being honored for saving an F-16 aircraft and its pilot from danger in 2018.

Kobe helicopter tried to climb to avoid clouds before crash

CALABASAS, Calif. (AP) — The pilot of the helicopter that crashed near Los Angeles, killing former NBA superstar Kobe Bryant and eight others, told air traffic controllers in his last radio...

LAS VEGAS (AP) — Three people killed in a fiery small plane crash in a remote area near Las Vegas in November were a retired air traffic controller, his wife and mother-in-law, authorities said...

LANHAM, Md. (AP) — The New York pilot who died when his plane crashed into a suburban Washington, D.C., home was communicating with air traffic controllers before impact, a federal investigator...

SAN ANTONIO (AP) — A 71-year-old woman from a Houston suburb was the third person killed when a single-engine plane crashed into a commercial part of San Antonio, authorities said Wednesday....

WASHINGTON (AP) — A whistle-blowing flight controller says changes in air traffic control procedures at a major center in Florida raise the risk of a midair collision, but the Federal Aviation...

WOODBRIDGE, N.J. (AP) — The Latest on a small plane crash in New Jersey (all times local):

Federal investigators say the pilot of a small plane who died when his plane...

DURHAM, N.C. (AP) — A search for a small plane continues in a densely forested state park near Raleigh-Durham International Airport, where air traffic controllers lost contact with the aircraft as...

OXFORD, Miss. (AP) — Heirs of a Mississippi couple killed in a 2016 Alabama plane crash are suing the Federal Aviation Administration, saying bad information from controllers contributed to their...

LONDON (AP) — The temperature's dropping but Europe's troubles aren't over: A record-busting heat wave gave way Friday to thunderstorms and hailstorms, bringing the Tour de France to a dramatic...

The U.K.'s air traffic controller says it has fixed a technical issue that led to flight restrictions at...

Report: Dubai plane that crashed followed others too closely

DUBAI, United Arab Emirates (AP) — A plane involved in a fatal crash that killed four people working on improvements at Dubai International Airport had followed other larger aircraft landing there...

GREENSBORO, N.C. (AP) — Years after being diagnosed with brain inflammation, former U.S. Sen. Kay Hagan made a rare public appearance Wednesday at a groundbreaking ceremony for an airport where...

FORT WORTH, Texas (AP) — At least 100 flights at Dallas-Fort Worth International Airport have been delayed after the partial evacuation of a nearby government air traffic control center because of...

RENO, Nev. (AP) — The family of a Nevada man killed in a small plane crash in 2016 is seeking more than $6.5 million in damages from the Federal Aviation Administration in a lawsuit accusing air...

CHICAGO (AP) — An air traffic control tower at Chicago's O'Hare International Airport has been awarded gold status by a group that monitors standards for eco-friendly buildings.

BERLIN (AP) — Germany's air traffic control agency says it has resolved a software problem that has forced it to reduce flight capacity over part of the country for the past week.

Report: Pilot had no contact with air control before crash

LOUISBURG, N.C. (AP) — A preliminary report by the National Transportation Safety Board says a pilot had no contact with air traffic control before his plane crashed near the Raleigh North...

SHREVEPORT, La. (AP) — Federal investigators Wednesday released a preliminary report involving a plane that crashed last month into the Red River, killing the pilot and his...

MERIDIAN, Miss. (AP) — A Navy air traffic controller has been nominated for a national award after guiding a pilot to a successful emergency landing last year.

DALLAS (AP) — Flights at two major airports in North Texas were temporarily halted Wednesday after air traffic controllers were forced to evacuate a building because of smoke, and the resulting flight delays were expected to continue for hours.

Lynn Lunsford, a spokesman for the Federal Aviation Administration, said smoke was reported in the Terminal Radar Approach Control Center at Dallas-Fort Worth International Airport. The smoke may have come from a nearby construction project, he said.

PROVIDENCE, R.I. (AP) — U.S. Rep. David Cicilline (sihs-ihl-EE'-nee) has invited an air traffic controller who worked without pay during the partial government shutdown to the State of the Union address.

Politicians couldn't overcome their differences and end the government shutdown over five weeks. Six air traffic controllers might have given them the final nudge they needed.

Six of the 13 controllers who normally staff a critical air traffic center in Virginia didn't come to work Friday. That center handles air traffic in and out of the mid-Atlantic region and the New York City area. 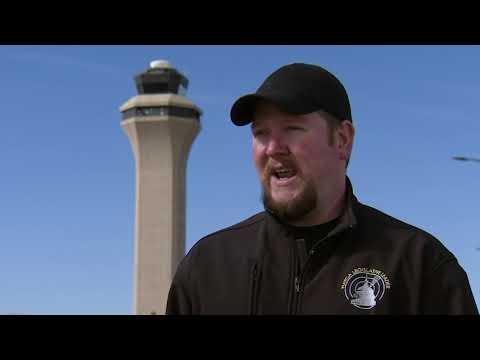 The Democrat says the delays are hurting the economy and impacting airport safety and security. His comments came at an unrelated event in Manhattan Friday morning.

The strain of a 34-day partial government shutdown is weighing on the nation's air-travel system, both the federal workers who make it go and the airlines that depend on them.

Air traffic controllers and airport security agents continue to work without pay — they will miss a second biweekly paycheck on Friday — but high absentee rates raise the threat of long airport lines, or worse.

DENVER (AP) — The president of Denver's National Air Traffic Controllers Association warns that flyers could be waiting in longer lines for fewer flights at the city's airport if the U.S. government shutdown continues.

Pilot had medical issue before crash

MONTREAL (AP) — Canadian air traffic controllers have bought hundreds of pizzas for their American counterparts over the past few days in what has become an industry-wide show of support during the U.S. government's partial shutdown.

Peter Duffey, the head of the Canadian Air Traffic Control Association, said Sunday the initiative began Thursday when employees at Edmonton's control center took up a collection to buy pies for controllers in Anchorage, Alaska.

US aviation system is starting to show strains from shutdown

The partial government shutdown is starting to strain the national aviation system, with unpaid security screeners staying home, air-traffic controllers suing the government and safety inspectors off the job.

Miami International Airport is providing the most visible evidence yet that the shutdown is at least making air travel less convenient. 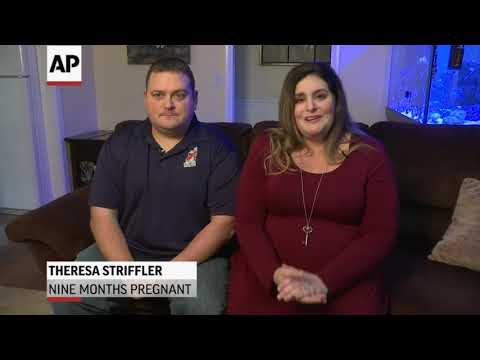 TUCSON, Ariz. (AP) — A Tucson air-traffic controller has been honored for helping an F-16 pilot avoid a crash with a private plane.

LAS VEGAS (AP) — An air traffic controller who became incapacitated during a solo stint on a night shift in the tower at busy McCarran International Airport in Las Vegas last week has quit, authorities said Tuesday.

The unidentified controller was no longer employed by the Federal Aviation Administration, the agency said in a statement.

LAS VEGAS (AP) — Federal and airport authorities said Friday they are investigating why an air traffic controller became incapacitated and went silent while working a night shift alone in the tower at busy McCarran International Airport in Las Vegas.

NEW YORK (AP) — The image is miraculous: Passengers standing on the wings of a US Airways jetliner as it floats down the Hudson River.

Pilot Chesley "Sully" Sullenberger and air traffic controller Pat Harten are forever linked by the amazing water landing that saved all 155 passengers and crew after a double-bird strike damaged both engines on Jan. 15, 2009.

ANCHORAGE, Alaska (AP) — A former Anchorage air traffic controller who offered a woman a ride and choked her until she was unconscious is free after a plea deal.

Anchorage television station KTVA reports 34-year-old Justin Schneider pleaded guilty to one count of felony assault. He was sentenced two years in prison with one suspended.