YANGON, Myanmar (AP) — Amnesty International criticized Myanmar's government on Monday, saying it has failed to safeguard freedom of expression and the rights of human rights defenders and...

BANGKOK (AP) — When Myanmar's Aung San Suu Kyi walked into the International Court of Justice last month, she gambled the remaining shreds of her hard-won international reputation on a rebuttal of...

THE HAGUE, Netherlands (AP) — The United Nations' top court on Thursday ordered Myanmar to do all it can to prevent genocide against the Rohingya people, a ruling met by members of the Muslim...

NAYPYITAW, Myanmar (AP) — Chinese President Xi Jinping ended a two-day state visit to Myanmar on Saturday after attending the signing of a raft of agreements buttressing bilateral relations and...

UN court to rule next week in Rohingya genocide case

THE HAGUE, Netherlands (AP) — The United Nations' top court announced Wednesday that it will issue a decision next week on a request to order Myanmar to halt what has been cast as a genocidal...

BANGKOK (AP) — What drives Aung San Suu Kyi, the leader of Myanmar who this week defended her country at the International Court of Justice against charges that it carried out genocide against its...

THE HAGUE, Netherlands (AP) — Twenty-eight years to the day after Aung San Suu Kyi’s husband and sons accepted her Nobel Peace Prize while she remained under house arrest in Myanmar, the former...

Hundreds rally in Myanmar to show support for Suu Kyi

YANGON, Myanmar (AP) — About 700 people rallied Sunday to show support for Myanmar’s leader, Aung San Suu Kyi, as she prepares to defend the country against charges of genocide at the U.N.’s...

YANGON, Myanmar (AP) — Myanmar said Wednesday its leader Aung San Suu Kyi will head the legal team contesting a genocide case filed against it in the International Court of Justice over the...

GENEVA (AP) — A top U.N. investigator said Tuesday "it's still an open-ended question" about how much Myanmar leader Aung San Suu Kyi could be implicated in human rights violations against...

YANGON, Myanmar (AP) — Police in Myanmar's biggest city say an unexploded grenade was discovered next to a township office of the ruling National League for Democracy party.

YANGON, Myanmar (AP) — Myanmar's civilian and military leaders have jointly commemorated the anniversary of the assassination of the country's independence hero, who was gunned down 72 years ago...

YANGON, Myanmar (AP) — A court in Myanmar has issued an arrest warrant for a Buddhist monk known for incendiary comments about the country's Muslim minority and for criticism of the government of...

NAYPYITAW, Myanmar (AP) — Myanmar's Supreme Court agreed Tuesday to rule on an appeal filed by lawyers for two Reuters journalists sentenced to seven years in prison for their reporting on...

Myanmar sentences 2 to death in killing of Suu Kyi aide

YANGON, Myanmar (AP) — A court in Myanmar sentenced two men to death on Friday for the killing of a prominent Muslim lawyer who was a close adviser to the country's leader, Aung San Suu Kyi.

NAYPYITAW, Myanmar (AP) — Myanmar's parliament voted Tuesday to create a committee to propose amendments to the country's military-enacted constitution, which grants the armed forces the power to block any change.

The proposal to form the committee was presented by a member of the ruling National League for Democracy party of leader Aung San Suu Kyi, which took power in 2016 after more than five decades of military or military-backed rule.

NAYPYITAW, Myanmar (AP) — Myanmar's military announced Friday that the Arakan Army, a Buddhist rebel group in Rakhine state, has been classified a terrorist organization after mounting a flurry of recent attacks.

The state earlier was the site of a brutal counterinsurgency campaign by the military against the Muslim Rohingya minority, causing more than 700,000 to flee to neighboring Bangladesh. 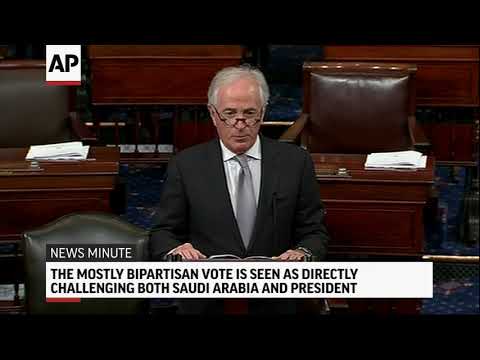 By The Associated PressNovember 14, 2018 GMT

A message board at a shelter for those who fled California's deadliest wildfire is filled with photos of the missing, as well as pleas for any information about relatives and friends.

In a meeting on the sidelines of a regional summit in Singapore, Pence told Suu Kyi that he was anxious to hear about progress in resolving the crisis, which stems from a violent military crackdown in Myanmar's Rakhine state that the United Nations has called ethnic cleansing. 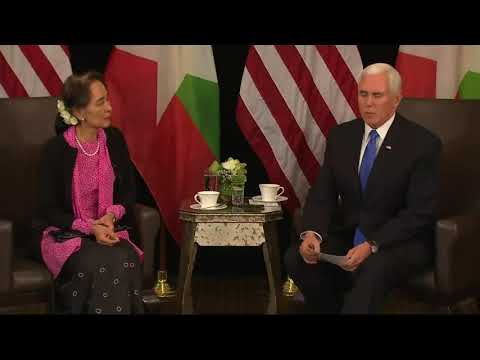 SINGAPORE (AP) — Malaysian Prime Minister Mahathir Mohamed sharply criticized Myanmar leader Aung San Suu Kyi on Tuesday for her handling of an ethnic crisis that led to mass killings and the exodus of more than 700,000 Rohingya Muslims from her country.

NEW YORK (AP) — Amnesty International has withdrawn its highest honor from Myanmar's leader Aung San Suu Kyi in light of what it said was the Nobel Peace Prize laureate's "shameful betrayal of the values she once stood for."

The human rights organization announced Monday that its secretary general, Kumi Naidoo, informed Suu Kyi that it was revoking her 2009 Ambassador of Conscience Award.

YANGON, Myanmar (AP) — Myanmar's ruling party led by Aung San Suu Kyi won just over half the seats in by-elections to fill 13 of the 1,171 seats in national, regional and state parliaments, according to complete preliminary results.

YANGON, Myanmar (AP) — Voters in several parts of Myanmar went to the polls Saturday in 13 by-elections seen as a test of support for leader Aung San Suu Kyi and her ruling party.

Suu Kyi's National League for Democracy won a landslide victory in the 2015 general election, putting an end to decades of rule by the military and its proxies, though the army retains considerable power under a constitution it implemented.

YANGON, Myanmar (AP) — Three detained journalists appeared in a Myanmar court on Wednesday to face charges filed against them by the Yangon regional government, which alleges a story they published was false.

An increasing number of journalists have been arrested and jailed for their work under Myanmar's civilian government, led by Nobel Peace Prize laureate Aung San Suu Kyi, a former political prisoner.

Abe told a joint news conference after holding talks with Aung San Suu Kyi that Japan will support efforts by Myanmar to accommodate Rohingya who return home from refugee camps in neighboring Bangladesh.

The Senate voted unanimously to strip Suu Kyi, Myanmar's civilian leader, of the symbolic honor bestowed on her in 2007.

The upper house's move follows a similar unanimous vote in the House of Commons last week.

Suu Kyi is the first person to have her honorary Canadian citizenship revoked. 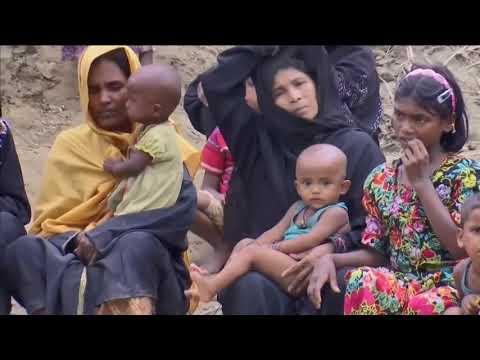 US urges Myanmar to prosecute abusers of Muslim minority

In a meeting in New York with a top aide to Myanmar's leader Aung San Suu Kyi, Pompeo also urged the government to immediately release two Reuters journalists who were jailed for reporting on violence in the country's northern Rakhine State, according to the State Department.

WASHINGTON (AP) — More than 80 U.S. lawmakers have urged the Trump administration to step up efforts to win the release of two Reuters journalists jailed in Myanmar for reporting about massacres against Rohingya (ROH'-hihn-jah) Muslims.

Suu Kyi says handling of Rohingya could have been better

HANOI, Vietnam (AP) — In the face of global condemnation, Myanmar's leader and Nobel Peace Prize laureate Aung San Suu Kyi on Thursday said that the handling of Rohingya Muslims, 700,000 of whom have fled to Bangladesh amid a brutal military campaign, could have been better, but still defended security forces from charges of civilian atrocities.

Minister for International Cooperation Kyaw Tin, who is accompanying Suu Kyi at a meeting of the World Economic Forum in Vietnam, said "She has no plan to go there."

Cambodian prime minister says ‘let us fix our own problems’

HANOI, Vietnam (AP) — Cambodian Prime Minister Hun Sen slammed criticism by outsiders of political issues in the Mekong region, saying Wednesday that the countries should be allowed to solve their own problems.

Speaking at a World Economic Forum gathering in Hanoi, Hun Sen heatedly defended Myanmar against accusations its security forces have engaged in genocide against its Rohingya minority.

Hun Sen said other countries do not understand the problems that Myanmar and its neighbors face.

BANGKOK (AP) — Myanmar's government looks as if it's under siege from an international community concerned about the condition of its nascent democracy, with widespread calls for a genocide tribunal to hold its military to account for the brutal treatment of its Muslim Rohingya minority.

Suu Kyi made the comments in a lecture in Singapore in which she reviewed her two years in power.

NAYPYITAW, Myanmar (AP) — Members of a commission established by Myanmar's government to investigate human rights violations in western Rakhine state, where 700,000 members of the Muslim Rohingya minority fled brutal army operations, addressed critics Thursday with a pledge to be impartial.

The Independent Commission of Enquiry held its first formal meeting Thursday in the capital, Naypyitaw, a day after holding talks with the country's leader, State Counsellor Aung San Suu Kyi.

YANGON, Myanmar (AP) — Myanmar sharply rejected an attempt by the International Criminal Court to consider the country's culpability for activities that caused 700,000 minority Rohingya Muslims to flee to Bangladesh for safety last year.

The office of the nation's leader, Aung San Suu Kyi, said in a statement posted online Thursday that the court in the Netherlands has no jurisdiction over Myanmar because it is not a member state.

NAYPYITAW, Myanmar (AP) — Myanmar's leader Aung San Suu Kyi and the country's military commander on Wednesday opened a major conference with representatives of ethnic minority groups to try to move toward a lasting peace after seven decades of strained relations and armed conflict.

YANGON, Myanmar (AP) — A social media account run by the office of Myanmar leader Aung San Suu Kyi quotes her as saying that "hate narratives from outside the country" have fueled tensions between Muslim Rohingya and Buddhist Rakhine communities in the country's west.

YANGON, Myanmar (AP) — A U.N. expert on the impact of conflict on children expressed concern Tuesday over a lack of access to Myanmar's Rakhine state, where army-led violence has prompted about 700,000 Rohingya Muslims to flee to neighboring Bangladesh since last August.

Advisory board applauds plans for Myanmar visit to refugees

SINGAPORE (AP) — A board appointed by Myanmar leader Aung San Suu Kyi to offer recommendations on the crisis in Rakhine state, from which hundreds of thousands of Muslim Rohingya have fled state violence, on Tuesday applauded Bangladesh's agreement to let a Myanmar state minister visit border camps where the refugees live.

NAYPYITAW, Myanmar (AP) — A longtime Aung San Suu Kyi loyalist vowed to prioritize the rule of law, peace and reconciliation Friday after being sworn in as the country's new president, who will continue his predecessor's deference to her as the de facto national leader.