WASHINGTON (AP) — Supreme Court justices invoked fears of bribery and chaos Wednesday to suggest they think states can require presidential electors to back their states’ popular vote winner in...

WASHINGTON (AP) — A Supreme Court justice gets it in his mind to ask a question, and pretty soon, he's got questions for everyone. And so the next question: Will Clarence Thomas ever stop...

WASHINGTON (AP) — Police can pull over a car when they know only that its owner's license is invalid, even if they don't know who's behind the wheel, the Supreme Court ruled Monday.

WASHINGTON (AP) — Police can pull over a car when they know only that its owner's license is invalid, even if they don't know who's behind the wheel, the Supreme Court ruled Monday.

Thomas criticizes a previous high court opinion - his own

WASHINGTON (AP) — Justice Clarence Thomas has made no secret of his dislike of past Supreme Court decisions written by other justices, including seminal opinions about abortion rights, press...

Justice Thomas: Judges must uphold law, even when unpopular

ATLANTA (AP) — Judges must resist the temptation to bend their rulings to personal racial, religious or partisan preferences and instead uphold the rule of law, even when that leads to unpopular...

LAKE BUENA VISTA, Fla. (AP) — President Donald Trump thinks differently than any client he has ever had, often contradicting common wisdom and then seeing his way work out in the end, former White...

ATLANTA (AP) — U.S. Supreme Court Justice Clarence Thomas is scheduled to be the keynote speaker at the dedication of Georgia's new judicial center.

WASHINGTON (AP) — The Supreme Court began a potentially contentious election-year term Monday in seeming general agreement that juries in state criminal trials must be unanimous to convict a...

WASHINGTON (AP) — Anita Hill says she'd be open to voting for Joe Biden if he wins the 2020 Democratic presidential nomination.

Hill, who testified in 1991 that Supreme Court nominee...

WASHINGTON (AP) — The Supreme Court ruled unanimously Monday against workers on oil drilling platforms off California who argued they should be paid for the off-work time they spend on the...

WASHINGTON (AP) — Since Justice Ruth Bader Ginsburg's return in late winter from cancer surgery and broken ribs , she has regularly accepted Justice Clarence Thomas' extended hand to help her down...

Alabama set to execute Price for 1991 death of pastor

MONTGOMERY, Ala. (AP) — Alabama is scheduled to execute Christopher Lee Price this week for his part in a 1991 sword-and-dagger slaying of a pastor in Fayette County.

WASHINGTON (AP) — The Supreme Court decided Monday that one state cannot unwillingly be sued in the courts of another, overruling a 40-year precedent and perhaps, foreshadowing an argument over...

WASHINGTON (AP) — Clarence Thomas has been a Supreme Court justice for nearly three decades. It may finally be his moment.

Many Americans know Thomas largely from his bruising 1991...

Former Vice President Joe Biden said Monday that he takes responsibility for the fact that Anita Hill was "not treated well" in 1991 when she accused then-Supreme Court-nominee Clarence Thomas of...

Moulton: Biden should apologize to Hill

One Democrat running for president says yes, but not everyone agrees.

Barely a day into his 2020 presidential campaign, Joe Biden is finding that his front-runner status comes with a glaring spotlight on his biggest political weaknesses.

WASHINGTON (AP) — Democratic presidential candidate Joe Biden says he doesn't think he mistreated Anita Hill in 1991, though he has said publicly he regrets how she was treated.

NEW YORK (AP) — Former Vice President Joe Biden condemned "a white man's culture" as he lashed out at violence against women and, more specifically, lamented his role in the Supreme Court...

WASHINGTON (AP) — The Supreme Court was about to adjourn for the day when the Georgia baritone politely inquired of the lawyer at the lectern.

The Supreme Court is likely to throw out the death sentence and...

Trump will nominate a lawyer as US ambassador to Mexico

WASHINGTON (AP) — President Donald Trump's nominee for a lifetime seat on the 9th U.S. Circuit Court of Appeals was confirmed in a party-line vote Tuesday as Republicans broke a longstanding...

Kentucky teen at center of viral encounter sues over stories

CINCINNATI (AP) — The Kentucky teen at the heart of an encounter last month with a Native American activist at the Lincoln Memorial in Washington is suing The Washington Post for $250 million,...

WASHINGTON (AP) — Justice Clarence Thomas says the Supreme Court should consider overturning a 55-year-old landmark ruling that makes it hard for public figures to win libel suits, writing in a...

NEW YORK (AP) — Former New York Times executive editor Jill Abramson is facing allegations that she lifted material from other sources for her new book, "Merchants of Truth." Abramson and her publisher are promising to investigate.

WASHINGTON (AP) — The Supreme Court is rejecting an appeal from a former Seattle-area football coach who lost his job because he refused to stop praying on the field.

But four conservative justices say Tuesday that they are interested in former Bremerton High School Coach Joe Kennedy's case and the legal issues it raises.

JEFFERSON CITY, Mo. (AP) — The U.S. Supreme Court has declined to get involved in a legal dispute in which 15 states are seeking to strike down laws in California and Massachusetts that require larger living areas for some farm animals.

The attorney general's office in Missouri, which spearheaded one of the lawsuits, vowed Tuesday to continue fighting for local farmers and consumers and said it was considering the next step.

SALT LAKE CITY (AP) — Orrin Hatch ended his tenure Thursday as the longest-serving Republican senator in history, capping a unique career that positioned him as one of the most prominent conservatives in the United States.

WASHINGTON (AP) — The Supreme Court on Monday avoided a high-profile case by rejecting appeals from Kansas and Louisiana in their effort to strip Medicaid money from Planned Parenthood, over the dissenting votes of three justices.

The court's order reflected a split among its conservative justices and an accusation from Justice Clarence Thomas that his colleagues seemed to be ducking the case for political reasons. New Justice Brett Kavanaugh was among the justices who opted not to hear the case.

George H.W. Bush got elected president after a campaign marked by the infamous Willie Horton ad, about a black murderer who raped a white woman while on a weekend furlough from prison.

On the other side of the racial ledger, Bush appointed Gen. Colin Powell as the first black chairman of the Joint Chiefs of Staff.

The court on Monday rejected appeals from the telecommunications industry seeking to throw out a lower court ruling in favor of the "net neutrality" rules. The Federal Communications Commission under President Donald Trump has rolled back the rules, but the industry also wanted to wipe the court ruling off the books.

WASHINGTON (AP) — The Trump administration wants the Supreme Court to postpone a trial over the decision to add a citizenship question to the 2020 census.

The request submitted to Justice Ruth Bader Ginsburg Monday says a federal judge in New York should not move forward with a Nov. 5 trial exploring whether Commerce Secretary Wilbur Ross improperly decided the census should ask about citizenship for the first time since 1950.

WASHINGTON (AP) — The Supreme Court is siding with the Trump administration to block the questioning of Commerce Secretary Wilbur Ross about his decision to add a citizenship question to the 2020 census.

The unsigned order Monday overrides lower federal courts in New York that would have allowed the questioning of Ross to proceed in lawsuits challenging the addition of a citizenship question on the decennial census for the first time since 1950.

"It is becoming increasingly common for public opinion to galvanize behind particular outcomes and around particular interests without regard for the law or an objective assessment of facts," Thomas observed in a speech in Georgia on Friday.

Today in History for October 11th 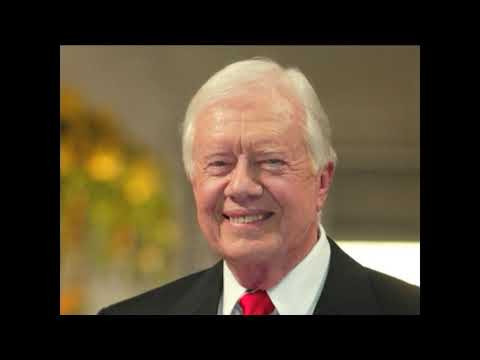 Scalia statue unveiled at law school that bears his name

WASHINGTON (AP) — Three members of the Supreme Court attended an annual Mass held in advance of the opening of the high court's term.

HOUSTON (AP) — Anita Hill says one of the things that stood out to her from Supreme Court nominee Brett Kavanaugh's hearing was how his emotional and angry testimony compared to the calm testimony of the woman accusing him of sexual assault.

WASHINGTON (AP) — Brett Kavanaugh's angry denunciation of Senate Democrats at his confirmation hearing could reinforce views of the Supreme Court as a political institution at a time of stark partisan division and when the court already is sharply split between liberals and conservatives.

She was authentic. He was passionate. She wasn't remembering correctly. He wasn't truthful.

Across the nation, Americans grappled with the extraordinary drama unfolding in the Senate on Thursday and, though passions ran high, it was hard to find people whose minds had truly been changed.