Meet the SC philosopher who advises ‘The Good Place’ writers

By PAUL BOWERS, The Post and Courier of CharlestonMarch 30, 2019 GMT

CLEMSON, S.C. (AP) — Todd May isn't sure how his book "Death" ended up in the hands of a sitcom writer at NBC, but he aims to find out one day. It was the beginning of a fruitful, if unlikely,...

CLEMSON, S.C. (AP) — Officials say fans who went to Clemson for last month's football game against the University of South Carolina may have been exposed to mumps.

The state Health and Environmental Control Department tells news outlets people who visited or lived at Clemson University or Tri-County Technical College from Nov. 21-29 may have been exposed to the viral infection.

FLORHAM PARK, N.J. (AP) — Jordan Leggett remembers the sudden buzz on the sideline and in the stands as cellphones lit up with texts delivering the scary news.

A young player from a rival high school football squad in Florida had been seriously injured during a game and he might not make it.

"Everybody on the team where I was from was like, 'Oh, man, he must've just got like a big hit,'" the New York Jets tight end recalled. "We heard later that he passed away, so it was kind of a big deal."

CLEMSON, S.C. (AP) — A school spokesman said six Clemson University students remain hospitalized after they were hurt during a weekend party when the floor collapsed at the clubhouse of an off-campus housing complex.

Clemson police said 30 people were hurt early Sunday when the floor gave way during jumping and dancing at The Woodlands of Clemson clubhouse.

CLEMSON, S.C. (AP) — The floor of a condominium clubhouse near Clemson University collapsed during a large private party early Sunday, hurtling dozens of people into the basement, authorities said.

About 30 people were taken to local hospitals after the center of the floor caved in at the clubhouse near the South Carolina university. Clemson City Police said nobody was trapped and none of the injuries appeared to be life-threatening. 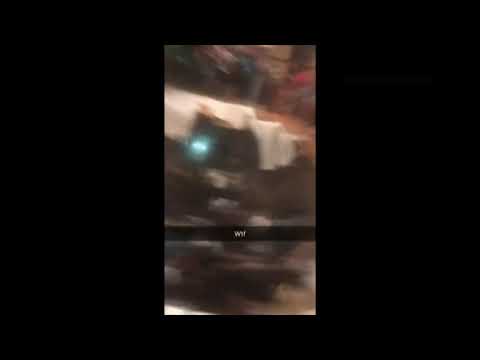 ANDERSON, S.C. (AP) — On the first day of classes in August, art professor David Detrich told his intermediate sculpture students at Clemson University to create pieces around the theme "boundary."

There were no size or material limitations.

Senior Geneva Hutchinson decided to tell a story with bras.

She took a clothesline and clothespins to Trustee Park in the middle of campus and hung up 10 bras of different sizes and colors. Each was embroidered with a phrase about sexual assault.

Here’s a rundown of some of the noteworthy freshman contributions.

Students moving in this weekend at Clemson University

CLEMSON, S.C. (AP) — First-year students are getting ready for the fall semester at Clemson University this weekend.

The school announced Friday that Greg Mullen is its new police chief and associate vice president for public safety.

Clemson says Mullen had been interim chief since May and was the best candidate after a nationwide search.

Clemson: No clear cause on South Carolina fish kill

The Herald-Journal of Spartanburg reported a Clemson professor studied the cause of a fish kill at Lake Bowen and another reservoir in Spartanburg County.

BAYFIELD, Wis. (AP) — A recent study of 35 national parks found the waters off an island in northwestern Wisconsin had the highest concentration of plastic pollution.

Nikki Haley tells graduates to be grateful they live in US

"As a country we are experiencing something of a gratitude crisis today," Haley said in her commencement address Thursday at Clemson University.

Haley, who was South Carolina's governor before President Donald Trump appointed her UN Ambassador, offered two tips for living a life of what she called "active gratitude."

CLEMSON, S.C. (AP) — The U.S. Ambassador to the United Nations, Nikki Haley, and U.S. Sen. Tim Scott will be the graduation speakers for Clemson University's graduation ceremonies this year.

Haley is the former South Carolina governor whose daughter attends Clemson. Haley will also receive an Honorary Doctorate of Humanities degree. She is a 1994 Clemson graduate.

CLEMSON, S.C. (AP) — Clemson University is getting a $2.5 million donation from a founder of a South Carolina advertising agency.

The school said in a news release Thursday that the money comes from Joe and Gretchen Erwin of Greenville. Joe Erwin was a co-founder of Erwin Penland Advertising. He now leads Endeavor, a co-working venture.

Erwin is a 1979 Clemson grad with a degree in political science.

CLEMSON, S.C. (AP) — A South Carolina university is settling a lawsuit filed by a student over his one-year suspension for sexual misconduct and other infractions.

The U.S. ambassador to the United Nations said on Twitter Sunday that her daughter Rena had been accepted into the nursing program at Clemson University.

Haley wrote, "We are so proud of you Rena." She also posted a photo of her daughter at age three, saying she had told a pre-school teacher she wanted to study nursing at Clemson.

CLEMSON, S.C. (AP) — A Clemson University student who managed money for the school's sailing club is accused of using the group's funds to pay for his tuition, rent, a spring break trip and the deposit on a class ring.

CLEMSON, S.C. (AP) — A Clemson University student has been found dead in his off-campus residence.

Clemson, USC to partner in research with new Samsung plant

The new Palmetto Consortium for Home Appliance Innovation was announced Friday at Samsung's new plant in Newberry, where washing machines should be coming off assembly lines next month, and 950 workers should be employed at the $380 million plant by 2020.

CLEMSON, S.C. (AP) — South Carolina wildlife officials are keeping an eye on the number of bears killed outside the hunting season as the state's bear population grows and habitat encroachment increases.

CLEMSON, S.C. (AP) — Officials in South Carolina have brought down a hotel built in 1950 with an implosion that sent up a cloud of dust.

The implosion of the Clemson House on the campus of Clemson University took place around 8:30 a.m. Sunday.

Crews detonated small explosives on the first, third and fifth floors to bring down the structure.

Vice President Jeran Stewart is black and was among about a dozen students who sat during the Pledge of Allegiance last month.

CLEMSON, S.C. (AP) — Clemson University's student senate has voted to impeach the student government's vice president, a black man who recently refused to stand during the Pledge of Allegiance.

CLEMSON, S.C. (AP) — The mission of Clemson University's new mobile health clinic is to improve the health of the underserved community while providing a teaching experience for public health students.

But as "the world's first 100-percent solar powered clinic," it's also tasked with improving the environment.

CLEMSON, S.C. (AP) — Trustees at Clemson University have approved a $100,000 pay raise for the school's president.

The school announced in its web page that the unanimous decision by the board on Friday will boost the salary of James P. Clements to $901,330. The board also approved $50,000 for Clements in deferred compensation, which vests in three years if Clements remains as president.

Student uses fake ESPN ID to get into Clemson game

CLEMSON, S.C. (AP) — A Clemson University student denied a ticket to the football game against Auburn used ESPN to watch the game — by creating a fake identification badge from the broadcaster on Photoshop.

The Anderson Independent Mail reports that the undergraduate's Saturday stunt comes amid student dissatisfaction with ticket distribution that led to a petition.

CLEMSON, S.C. (AP) — A judge has approved a $250,000 settlement between Clemson University and the family of a student who died during a fraternity pledge run nearly three years ago.

Judge Robin Stilwell on Thursday approved the deal that Clemson reached with Tucker Hipps' parents, Cindy and Gary Hipps, earlier this month, court records show. The parents reached a separate settlement with other defendants for an undisclosed amount.

PICKENS, S.C. (AP) — The family of a university student in South Carolina who died falling off a bridge during a pledge run has settled its lawsuit against Clemson University and the fraternity.

Court records filed Thursday show Tucker Hipps' parents reached the deal after mediation. The amount of the settlement wasn't released, and it still must be approved by a judge. The family was asking for $25 million.

Where the wild things are: Strange animal sightings in SC

CLEMSON, S.C. (AP) — David Jachowski was looking for a completely different animal when he ran into the elusive spotted skunk.

The Clemson University ecology professor and his students were hoping to study the migration patterns of golden eagles, so they put out deer carcasses in South Carolina's Upstate, trying to attract the birds. Instead, their cameras captured another rarely seen creature - the spotted skunk, a shy inhabitant of the Upstate's hills.

CLEMSON, S.C. (AP) — Bob Cron's going to do whatever it takes to get his son to Clemson University. Literally.

"I may end up delivering pizzas at night to help pay for it," Cron said. "We're going to do whatever we have to do."

Cron's 19-year-old son, Dalton, is headed to ClemsonLIFE at the end of August. And on May 31, a family friend launched a GoFundMe campaign with a lofty goal of $100,000 to help him get there.

COLUMBIA, S.C. (AP) — South Carolina officials have approved plans for a new building for the Clemson University College of Business.

The university said in a news release that the State Fiscal Accountability Authority gave final approval this week.

The $87 million building will nearly double the space for business education at Clemson. It will be funded with state appropriations, private gifts and borrowing.

CLEMSON, S.C. (AP) — Undergraduate students at Clemson University interested in health careers will be able to cut their studies by one year under a new partnership with the Medical University of South Carolina in Charleston.