CAMBRIDGE, Mass. (AP) — A union for Harvard University graduate students is staging a campus sit-in to pressure the school to meet its labor demands.

CAMBRIDGE, Mass. (AP) — Harvard University and the Massachusetts Institute of Technology will share what's being called the largest private donation supporting research into marijuana and its...

CAMBRIDGE, Mass. (AP) — A Harvard University residence hall is ending a decades-old tradition of skinning and barbecuing a goat in the courtyard.

CAMBRIDGE, Mass. (AP) — Parents whose children fatally overdosed on opioids are demanding Harvard University remove the name of a family whose company makes the powerful painkiller OxyContin from...

The Iraqi human rights activist will deliver a lecture that's free and open to the public...

BOSTON (AP) — Harvard University has "shamelessly" turned a profit from photos of two 19th-century slaves while ignoring requests to turn the photos over to the slaves' descendants, according to a...

BOSTON (AP) — The Latest on a lawsuit over images held by Harvard University of slaves (all times local):

CAMBRIDGE, Mass. (AP) — A Harvard University choir group that rejected author W.E.B. Du Bois when he was a student because he was black will celebrate his work through a musical tribute.

School officials on Thursday announced the gift from...

ALBUQUERQUE, N.M. (AP) — Scientists at a premier U.S. laboratory have helped to unravel some of the mysteries about a rare gold specimen discovered at a Colorado mine more than 130 years...

BOSTON (AP) — A federal judge will now decide whether Harvard University intentionally discriminates against Asian-American applicants, an allegation made in a 2014 lawsuit that was debated in a final round of arguments Wednesday.

Lawyers for both sides clashed at Boston's federal courthouse, largely recapping cases they made during a trial that ended in November. The case will be decided by U.S. District Judge Allison D. Burroughs, although any ruling is expected to be appealed.

‘This Is Us’ star Milo Ventimiglia honored at Harvard

CAMBRIDGE, Mass. (AP) — "This Is Us" actor Milo Ventimiglia was honored Friday as Man of the Year by Harvard University's Hasty Pudding Theatricals at Farkas Hall in Cambridge.

The Emmy-nominated actor received the award after a roast from Elizabeth Mann and Mariana Sanchez Medina of the Hasty Pudding Theatrics, who poked fun at some of his B-list acting roles and his status as a sex symbol. 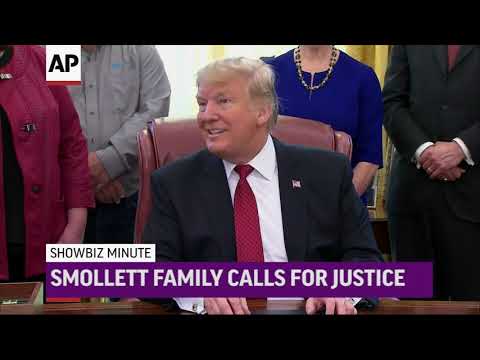 Rhodes scholar and ‘Dreamer’ attending State of the Union

CAMBRIDGE, Mass. (AP) — A recent Harvard University graduate who is the first so-called Dreamer to receive a Rhodes scholarship is attending President Donald Trump's State of the Union address as a guest of a New York congresswoman.

Democratic Rep. Grace Meng says she invited Jin Park to attend Trump's address Tuesday in the hope of bringing more attention to his plight and that of thousands of other young immigrants.

Gettysburg College picks Harvard VP to be its next president

GETTYSBURG, Pa. (AP) — Gettysburg College is turning to a senior administrator at Harvard University to take over as its new president later this year.

CAMBRIDGE, Mass. (AP) — Milo Ventimiglia, who stars as Jack Pearson in the award-winning hit television drama "This is Us," was named 2019 Man of the Year Wednesday by Harvard University's Hasty Pudding Theatricals.

Ventimiglia was selected because he has made "significant impressions on television and film," the oldest theatrical organization in the U.S. said in a statement.

It also didn't hurt that he played heartthrob Jess Mariano on the television show "Gilmore Girls" from 2001 to 2006.

CAMBRIDGE, Mass. (AP) — Bryce Dallas Howard, who has made her mark as an actor, producer and director, was named Harvard University's Hasty Pudding Theatricals 2019 Woman of the Year on Tuesday.

Rhodes scholar and ‘Dreamer’ fears he can’t return to US

CAMBRIDGE, Mass. (AP) — He became the first "Dreamer" to win the prestigious Rhodes scholarship, but for recent Harvard University graduate Jin Park, the joy of that achievement has given way to uncertainty.

The 22-year-old, who lives in New York City, risks not being allowed back in the country if he enrolls at the University of Oxford in England in the fall.

BOSTON (AP) — A Harvard University professor and writer for The New Yorker is asking a court to order the release of documents related to two grand juries that sat in Boston nearly 50 years ago to investigate the leak of the Pentagon Papers.

Harvard officials announced the selection Friday, calling Merkel "one of the world's most influential leaders" since she was elected her country's first female chancellor in 2005.

Merkel was elected to her fourth term in 2017 but has said she won't seek re-election when it expires in 2021.

Harvard's Kennedy School says Yousafzai will be awarded the 2018 Gleitsman Award at a ceremony Thursday.

CAMBRIDGE, Mass. (AP) — The woman who became a worldwide advocate for educational opportunity after surviving a Taliban assassination attempt is being honored by Harvard University.

Nobel Prize winner Malala Yousafzai (mah-LAH'-lah YOO'-suhf-zeye) will be awarded the 2018 Gleitsman Award at a ceremony Thursday at Harvard's Kennedy School for her work promoting girls' education. The award comes with a $125,000 prize.

CAMBRIDGE, Mass. (AP) — A convicted rapist who died in 2001 has been identified as the killer of a 23-year-old Harvard University graduate student nearly 50 years ago, a Massachusetts prosecutor said Tuesday.

DNA evidence points to Michael Sumpter as the man who killed Jane Britton, who was sexually assaulted and bludgeoned to death in her Cambridge apartment in January 1969, Middlesex County District Attorney Marian Ryan said.

BOSTON (AP) — The latest crop of U.S. Rhodes scholars has more women than any other single class, and almost half of this year's recipients of the prestigious scholarship to Oxford University in England are either immigrants or first-generation Americans, the Rhodes Trust announced Sunday.

CAMBRIDGE, Mass. (AP) — Harvard University's student newspaper will be led by a black woman for the first time in its 145-year history.

The Crimson announced this week that junior Kristine Guillaume was elected president of the paper and will take over Jan. 1.

The 20-year-old Guillaume told The Associated Press she's honored to be a part of history at Harvard, which she said can feel "like a very white and male-dominated place."

2 scholars due to speak at Harvard barred from leaving China

BEIJING (AP) — A researcher at a prominent Chinese think tank repeatedly targeted by the Communist government said Monday he and the organization's director have been barred from leaving the country.

Jiang Hao told The Associated Press on that he and director Sheng Hong were due to attend a symposium at Harvard University this month marking the 40th anniversary of China's reform and opening policy.

One side depicts a Harvard that plays racial favorites, lowering the admission bar for certain races and raising it for others, to the detriment of Asian-Americans. The other side paints a Harvard that gives a slight edge to some minorities in the pursuit of diversity, but only those who would likely be admitted anyway.

Harvard's Kennedy School says Yousafzai will be awarded the 2018 Gleitsman Award at a Dec. 6 ceremony.

SIOUX FALLS, S.D. (AP) — Children who grow up in Sioux Falls' northern neighborhoods live with crime and poverty, miles away from the nearest high school, and generally face a tougher road in life, according to tax and census data.

BOSTON (AP) — A federal trial alleging bias against Harvard University underscored a cold truth of the school's admissions process on Wednesday: that money and pedigree can open doors that academics alone might not.

Students for Fair Admissions, the group suing Harvard , revealed a series of internal Harvard emails in which top university officials take special note of students with ties to major donors.

BOSTON (AP) — Harvard University intentionally uses a vague "personal rating" to reject Asian-American applicants in favor of students from other racial backgrounds, according to lawyers on one side of a trial that began Monday and carries weighty implications for dozens of other U.S. colleges.

The group Students for Fair Admissions has accused the Ivy League school of bias against Asian-American applicants, saying it holds them to a higher standard than students of other races.

Harvard denies any discrimination and says it considers race as one of many factors when considering applicants.

Dueling rallies to focus on bias lawsuit against Harvard

BOSTON (AP) — Dueling rallies are being held in Boston and Cambridge focused on a lawsuit alleging racial discrimination at Harvard University.

A Sunday demonstration in Copley Square is being organized by the Asian American Coalition for Education, a nonprofit civil rights group based in New Jersey. It's meant to back a lawsuit heading to trial Monday accusing Harvard of bias against Asian American applicants.

BOSTON (AP) — A group based in Texas is suing legal journals at Harvard University and New York University over allegations that they illegally give preference to women and racial minorities when selecting editors and the articles they publish.

CAMBRIDGE, Mass. (AP) — Harvard University's new president is taking over at a contentious time for the nation's oldest college.

The judge overseeing the case rejected motions from both sides Friday asking to rule on their behalf. The judge says there's still too much in dispute.

The group Students For Fair Admissions filed the suit in 2014. It says Asian American applicants have the best academic records but the lowest admission rate among any race.

Harvard endowment grows to $39B after 10 percent return

CAMBRIDGE, Mass. (AP) — Harvard University says its endowment has grown to $39.2 billion after returning 10 percent on its investments in the last fiscal year.

It marks a slight improvement over an 8.1 percent return that disappointed Harvard officials last year but still falls short of returns recently announced by some other elite universities.

The Trump administration is opening an investigation into Yale University's admissions practices following accusations that it discriminates against Asian-American applicants, officials said Wednesday.

It's the latest in a series of federal inquiries taking aim at admissions practices used by the nation's most selective colleges, and it comes less than a month after the Justice Department sided with an Asian American group that's suing Harvard University over similar accusations.

CAMBRIDGE, Mass. (AP) — Harvard University will be honoring the centennial of the 1918 influenza pandemic with a series of events on disease outbreak.

Anthony Fauci, director of the National Institute of Allergy and Infectious Diseases, is scheduled to give a keynote address Friday.

CAMBRIDGE, Mass. (AP) — Youth activists including Parkland shooting survivor David Hogg will be speaking at Harvard University about how to engage young voters.

Harvard's Kennedy School is slated to host the panel Monday as part of a series of forums at its Institute of Politics.

It's believed to be the largest fundraising effort in the history of higher education and exceeds the $6.5 billion goal set when the campaign launched in 2013.

The group says six women have been chosen to perform in the 2019 show, accounting for half the cast.

BOSTON (AP) — Democratic candidate for governor Jay Gonzalez said Massachusetts could raise $1 billion a year for education and transportation by taxing the endowments of the state's wealthiest colleges and universities like Harvard University and MIT.