NEW YORK (AP) — In 2014, songmaster Dr. Luke had logged his 16th No. 1 with Katy Perry’s “Dark Horse,” solidifying his place as pop music’s reigning prince of hits, a throne that could only be...

NEW YORK (AP) — Taylor Swift may have ended her feud with Katy Perry but the one with Kanye West seems simply not to want to die.

LOS ANGELES (AP) — A federal judge in Los Angeles handed a major victory to Katy Perry on Tuesday, overturning a jury's verdict that found the pop superstar and her collaborators copied her 2013...

By The Associated PressMarch 5, 2020 GMT

The 35-year-old pop star showed off her growing baby bump at the end of the video for her latest song “Never Worn...

Judge: Kesha made a false claim about producer Dr. Luke

NEW YORK (AP) — Pop singer Kesha made a false claim that Dr. Luke raped Katy Perry when there's “no evidence whatsoever” that he did, a judge ruled this week while sending a long-running clash...

The pop star will perform at AT&T TV Super Saturday Night in Miami on Feb. 1, held a day before Super Bowl 54. The...

MELBOURNE, Australia (AP) — Katy Perry will perform before and after the Women's Twenty20 World Cup cricket final on International Women's Day as organizers bid to set a world record for...

LOS ANGELES (AP) — To show that Katy Perry and the team that wrote her 2013 hit "Dark Horse" may have heard his song and stole from it, Christian rapper Marcus Gray's primary evidence was that his...

Katy Perry, others ordered to pay $2.78M for copying song

The Latest: Jury tells Katy Perry, others to pay $2.78M

LOS ANGELES (AP) — The Latest on a lawsuit from a Christian rapper whose song a jury found was copied for Katy Perry's hit "Dark Horse" (all times local):

The Latest: Jury deliberates over dollars in Katy Perry case

LOS ANGELES (AP) — The Latest on a trial over Katy Perry's hit "Dark Horse" and the rapper who says it was stolen from him (all times local):

LOS ANGELES (AP) — It's expensive to promote a Katy Perry hit, a music executive told a jury that will decide how much the pop superstar and other collaborators on her 2013 song "Dark Horse" will...

LOS ANGELES (AP) — The penalty phase of a copyright infringement trial over Katy Perry's hit "Dark Horse" opened Tuesday with attorneys for the creators of a Christian rap song telling jurors that...

LOS ANGELES (AP) — A jury on Monday found that Katy Perry's 2013 hit "Dark Horse" improperly copied a 2009 Christian rap song in a unanimous decision that represented a rare takedown of a pop...

Inside the Met Gala: Feathers, bling and ideas about ‘camp’

NEW YORK (AP) — The cocktail bar was shutting down, and guests were being encouraged to commence the elegant trek to dinner through the majestic halls of the Metropolitan Museum of Art. 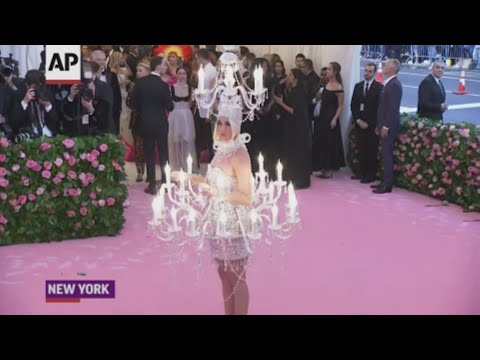 Celebs try to out-camp each other at wild Met Gala

Perry, who's known for her over-the-top costumes and pop music,... 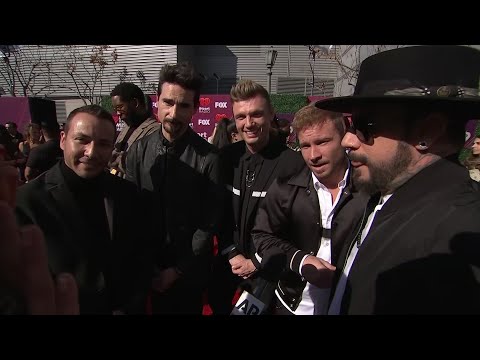 LOS ANGELES (AP) — Katy Perry's fashion line has pulled two types of shoes after some people compared them to blackface.

NEW ORLEANS (AP) — The New Orleans Jazz and Heritage Festival has got satisfaction: The Rolling Stones are among the headliners for the 50th anniversary festival.

NEW YORK (AP) — Keep your backyard chicken coops, dear 2018, and your vampire facials, too. And the stiff-arm Floss dance? Stomp it out in the new year.

Among other things we're over as we slide into 2019: Bell sleeves that need constant policing, the cash-cow otherwise known as subscription box services and Alec Baldwin's "Saturday Night Live" Donald Trump, because isn't the real one enough?

Here's what we'd like to leave behind come Jan. 1. You're welcome.

RICHMOND, Va. (AP) — What a difference a year makes.

Auditions for “American Idol” this month in Shreveport

SHREVEPORT, La. (AP) — If singing is your thing, prepare for the spotlight.

COLORADO SPRINGS, Colo. (AP) — A peahen named Katy Perry is the latest casualty of a powerful hailstorm that pummeled a Colorado zoo.

‘American Idol’ to hold auditions in Charleston on Sept. 15

ABC says the singing talent show will have tryouts in Charleston on Sept. 15. A location will be announced at a later date.

Neil Portnow to leave post as Grammys CEO in 2019

NEW YORK (AP) — Neil Portnow will step down as president and CEO of The Recording Academy and the Grammy Awards next year.

The organization announced Thursday that Portnow chose not to "seek an extension on his current contract," which ends next year.

Portnow was criticized at the Grammys this year when he said women need to "step up" when asked about the lack of female winners backstage. Only two female performers won awards during the live telecast.

Poppe and Hutchinson announced on the program that they're dating, surprising judges Katy Perry, Luke Bryan and Lionel Richie. They then performed "Somewhere Over the Rainbow."

Swift shared a video on her Instagram Stories on Tuesday showing a package that Perry sent that included an olive branch. Inside was a letter in which Perry wrote that she was "deeply sorry" and wanted to "clear the air."

Swift says it "means so much to me" and her video was captioned "Thank you Katy."

LOS ANGELES (AP) — Lin-Manuel Miranda, "Game of Thrones" and a key figure in the #MeToo movement are among the winners of this year's Webby Awards.

Miranda won the Webby for public service and social activism for his work raising money for charities assisting Puerto Rico in the aftermath of Hurricane Maria.

LOS ANGELES (AP) — Singer Katy Perry kissed a contestant on "American Idol" and he did not like it.

But Benjamin Glaze is downplaying some backlash aimed at Perry, who is a judge on the show. The 19-year-old took to Instagram on Wednesday to say he did not think he was sexually harassed.

The singer from Oklahoma says he was uncomfortable when Perry kissed him on the lips as he auditioned during the show's two-night season opener on ABC. Glaze says he had never been kissed before.

Nun involved in lawsuit with Katy Perry over convent dies

LOS ANGELES (AP) — A nun who was involved in a lawsuit with pop star Katy Perry over the sale of a convent in Los Angeles died Friday after collapsing during a court appearance.

Sister Catherine Rose Holzman, 89, had served the church "with dedication and love for many years," Archbishop Jose Gomez said in a statement.

Holzman was a member of an order of elderly nuns involved in a dispute over the sale of their convent in the city's Los Feliz neighborhood.

The announcement comes days after Portnow claimed his comments on women needing to "step up" in the music industry were taken out of context. The remarks have been criticized by several prominent musicians, including Sheryl Crow, Katy Perry, India.Arie and Pink.

Stella McCartney hopes fashion can have a ‘Me Too’ moment

LOS ANGELES (AP) — Designer Stella McCartney is ready to see the Me Too movement sweeping Hollywood make its way to the runways.

"It's about time the fashion industry spoke up a little more," said McCartney during an interview Tuesday at a Los Angeles concert event showcasing her autumn collection.