By The Associated PressFebruary 10, 2020 GMT

LOS ANGELES (AP) — The winners at the 92nd Academy Awards, which were held Sunday at the Dolby Theatre:

LOS ANGELES (AP) — Laura Dern’s turn as a steely divorce attorney in “Marriage Story” made the case with Oscar jurors, who completed her awards season sweep by awarding her the best supporting...

Scarlett Johansson among the bombshells on Oscars red carpet

NEW YORK (AP) — Scarlett Johansson showed up Sunday for her two-nomination night at the Oscars every bit the bombshell in a Champagne-colored Oscar de la Renta strapless gown embellished to the...

Women vying for Oscars salute their progress, snubs aside

BEVERLY HILLS, Calif. (AP) — The mood at Diane von Furstenberg’s lunch honoring this year’s female Oscar contenders could have been downbeat, given the shutout of women directors for Sunday’s...

Celebrity birthdays for the week of Feb. 9-15

By The Associated PressFebruary 3, 2020 GMT

Celebrity birthdays for the week of Feb. 9-15

By The Associated PressFebruary 3, 2020 GMT

The guild announced Friday that other presenters...

Scorsese and ‘The Irishman’ honored by AARP

NEW YORK (AP) — The Golden Globes may not have shown much love to filmmaker Martin Scorsese and his epic “The Irishman,” but the AARP has.

The lengthy mobster's tale was just best movie for...

A list of the final Golden Globe Award winners for film, TV

By The Associated PressJanuary 6, 2020 GMT

PALM SPRINGS, Calif. (AP) — Hollywood kicked off the year's compressed awards season with an emotional night in the desert.

NEW YORK (AP) — Laura Dern likes the spoken word so much she even enjoys callbacks to re-record lines for her movies.

“Some actors complain about it,” she says. “But it gives me an...

NEW YORK (AP) — A Netflix wave swept over the 77th Golden Globe nominations, where the streaming company dominated with 34 total nominations, including four films up for best picture and four...

MIAMI (AP) — A former Wells Fargo banker and a film producer have pleaded guilty in South Florida to participating in a $60 million movie financing fraud scheme.

NEW YORK (AP) — With a new awards season underway, the Academy of Motion Pictures Arts and Sciences hosted a luncheon Wednesday supporting female filmmakers and celebrating the women behind Greta...

Their castings were announced Tuesday night by executive...

Laura Dern: ‘We have to abolish the death penalty’ 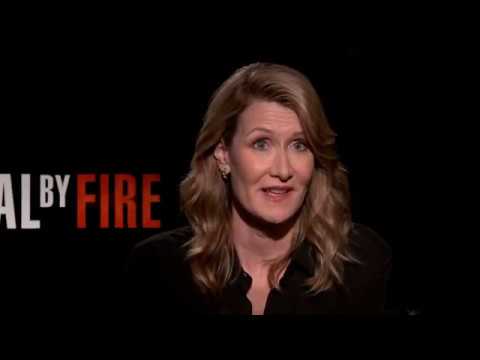 BEVERLY HILLS, Calif. (AP) — Even with rain clouds threatening from above, the spirits, and heels, were high at Diane von Furstenberg's idyllic Coldwater Canyon property Thursday...

LOS ANGELES (AP) — Who needs a host when Wakanda is coming to the Academy Awards? "Black Panther" stars Chadwick Boseman and Angela Bassett have been added to the starry list of presenters for the...

Celebrity birthdays for the week of Feb. 10-16

By The Associated PressFebruary 4, 2019 GMT

Dern spoke about how, as a mother of a budding model, she is taking a particular interest in the fashion industry.

Here are some highlights of the fall-winter 2019-20 shows. 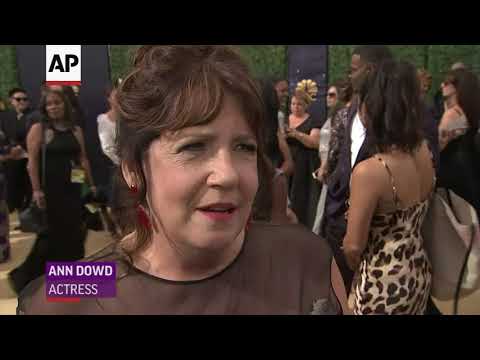 LOS ANGELES (AP) — There are cameras everywhere at the Academy Awards, but some of the most intimate celebrity moments at the show still manage to escape the lens.

Here's a look at some of the backstage interactions that never made it to TV screens:

By The Associated PressMarch 5, 2018 GMT

On a night featuring real-life heroines, many actresses went for something strong and bold on the Oscar red carpet — something metallic.

Jennifer Lawrence, Lupita Nyong'o, Gal Gadot, Salma Hayek and Sandra Bullock literally shimmered in gold and silver gowns. They stood out on a carpet that starred mostly whites and neutrals.

Many played it safe on Oscars red carpet in whites, neutrals

There were bold reds and classic whites, warrior-worthy golds and playful pops of pink and purple on the Oscars red carpet, but the fashion takeaway seemed more about keeping the clothes out of the way so the conversation could turn to pressing matters: Honoring history, standing up for women and supporting diversity.

Producers of next month's telecast announced the show's first round of presenters on Friday.

The Latest: New Globes winners get their trophies engraved

BEVERLY HILLS, Calif. (AP) — The Latest on the presentation of the 75th annual Golden Globe Awards from the Beverly Hilton Hotel in Beverly Hills, California (all times local):

The newly minted Golden Globes winners had a good reason to stop by the official show after-party this year, and it has nothing to do with the booze.

With a red carpet dyed black by actresses dressed in a color-coordinated statement, the Golden Globes were transformed into an A-list expression of female empowerment in the post-Harvey Weinstein era. Oprah Winfrey led the charge.

"For too long women have not been heard or believed if they dared to speak their truth to the power of those men," said Winfrey, accepting the Cecil B. DeMille Award for lifetime achievement. "But their time is up. Their time is up!"

LOS ANGELES (AP) — Meryl Streep, Michelle Williams, Emma Watson and Amy Poehler were among eight actresses bringing gender and racial justice activists as their guests to Sunday's Golden Globe Awards in an effort to shift the focus back on survivors and solutions, and away from those accused of sexual misconduct.

NEW YORK (AP) — The actors from HBO's limited series "Big Little Lies" will have quite an internal competition at the Golden Globes next month.

Powerhouse actresses Nicole Kidman and Reese Witherspoon are both nominated for best actress for a limited TV series, while colleagues Laura Dern, Shailene Woodley and Alexander Skarsgard are up for supporting awards. The Globes announced their television nominations on Monday, and the HBO series led the way with six nods.

LOS ANGELES (AP) — Actress and comedian Jackie Hoffman says she can't believe the media took her reaction to losing out on an Emmy seriously after she yelled an obscenity on camera during the show.

Hoffman was up for outstanding supporting actress in a limited series or movie for her role in "Feud: Bette and Joan." She lost to Laura Dern, who took home the statue for her work in "Big Little Lies." After Dern's name was announced on Sunday, Hoffman could be seen yelling in her seat.

LOS ANGELES (AP) — Blake Lively is set to star in an adaptation of the best-seller "The Husband's Secret," from "Big Little Lies" author Liane Moriarty. CBS Films said Thursday that Lively will play Cecilia Fitzpatrick in the film and also executive produce.

The character is a model wife and mother who discovers an unopened letter from her husband that says to open only in the case of his death. The curiosity and eventual revelation sends her life into a spiral.

A Star Wars role? You’ll have to force it out of Laura Dern

NEW YORK (AP) — May the 4th be with you, Laura Dern, and darn all the mystery surrounding the character you'll play as one of the latest additions to the Star Wars galaxy.

The actress, in town Thursday to support a family health-focused global initiative, was tight-lipped about her role in "Star Wars: The Last Jedi," which opens in December.