Senators call for moment of silence for COVID-19 victims

JUNEAU, Alaska (AP) — U.S. senators, including Lisa Murkowski and Brian Schatz, are calling for a moment of silence to honor those who have died from COVID-19.

FAIRBANKS, Alaska (AP) — The first aircraft in a large group of F-35A Joint Strike Fighter jets embarked on a transfer to an Alaska military base.

ANCHORAGE, Alaska (AP) — At least 19 Alaska residents are stuck in Peru due to the global outbreak of the COVID-19 crisis, U.S. Sen. Lisa Murkowski said.

JUNEAU, Alaska (AP) — President Donald Trump has had policies that are good and have helped Alaska, U.S. Sen. Lisa Murkowski said Tuesday, but she did not say if she would support his re-election...

WASHINGTON (AP) — After a dramatic night and a day of expectation, the Senate voted in quick order to block Democratic calls for new witnesses and documents at President Donald Trump’s impeachment...

Note-passing and power: Moderates team up at Trump trial

WASHINGTON (AP) — Republican seatmates Susan Collins and Lisa Murkowski on Thursday passed a piece of paper back and forth, nodded — and then sent the note on an unusual journey across the Senate...

Murkowski wants to hear case before deciding on witnesses

ANCHORAGE, Alaska (AP) — U.S. Sen. Lisa Murkowski, a Republican from Alaska, said she was disturbed to hear Senate Majority Leader Mitch McConnell say there would be "total coordination" between...

ANCHORAGE, Alaska (AP) — Alaska’s Congressional delegation has announced a two-year extension for payments to rural communities to be included in final federal appropriations bills this...

FARGO, N.D. (AP) — A bill originally meant to help law enforcement investigate cold cases of murdered and missing indigenous women that has floundered in Congress for two years may have the...

ANCHORAGE, Alaska (AP) — Anchorage has been awarded a $25 million grant to assist with upgrades to the Port of Alaska, officials said.

The U.S. Department of Transportation grant will help...

US lawmakers to look into cancelled Alaska missile project

ANCHORAGE, Alaska (AP) — Alaska's members of Congress have said they plan to look into a Pentagon decision to cancel a project to improve Alaska-based missiles, a report said.

US Senate panel takes up what to do with nuclear waste

ALBUQUERQUE, N.M. (AP) — It's been more than a decade since the U.S. government was supposed to begin moving spent nuclear fuel that has been piling up at dozens of commercial reactors around the...

The Latest: US senators look to end nuclear waste stalemate

The chairwoman of a powerful U.S. Senate committee says the federal government's...

JUNEAU, Alaska (AP) — About 150 people turned out in Juneau for a rally opposing expanded development in the Tongass National Forest.

The Juneau Empire reports the rally Saturday was in...

JUNEAU, Alaska (AP) — The U.S. Army Corps of Engineers says it will extend from 90 to 120 days the comment period for a draft environmental review of a proposed copper and gold mine in Alaska's...

JUNEAU, Alaska (AP) — Alaska's senior U.S. senator has asked the U.S. Army Corps of Engineers to extend from 90 to 120 days the comment period on a draft environmental review of a proposed copper...

Senate seems to have votes to reject Trump’s wall move

WASHINGTON (AP) — Opponents of President Donald Trump's declaration of a national emergency at the U.S.-Mexico border appear to have enough Senate votes to reject his move, now that Republican...

US islands ask federal govt for help in wake of disasters

SAN JUAN, Puerto Rico (AP) — Leaders of U.S. territories including Puerto Rico and the U.S. Virgin Islands asked the federal government on Tuesday for more help in their efforts to recover from a...

JUNEAU, Alaska (AP) — U.S. Sen. Lisa Murkowski said she is likely to support a resolution of disapproval over President Donald Trump's declaration of a national emergency to secure more money for...

JUNEAU, Alaska (AP) — U.S. Sen. Lisa Murkowski on Tuesday said she worries about the precedent that could be set from President Donald Trump's declaration of a national emergency to secure more...

Tentative dates set for US senator speeches in Alaska

The requests still must be accepted by the state House.

FAIRBANKS, Alaska (AP) — Two U.S. senators have proposed legislation that would give federal aid to help Alaska residents and others across the country to replace inefficient wood stoves.

FARGO, N.D. (AP) — Alaska Sen. Lisa Murkowski said she plans to reintroduce a bill intended to help solve crimes against Native Americans. The bill received unanimous Senate approval after being introduced by North Dakota Sen. Heidi Heitkamp but was blocked by the outgoing chairman of the House Judiciary Committee.

The Latest: Zinke says ‘attacks’ led to his resignation

WASHINGTON (AP) — The Latest on the departure of Interior Secretary Ryan Zinke (all times local):

Interior Secretary Ryan Zinke is blaming what he calls "vicious and politically motivated attacks" for his resignation from President Donald Trump's Cabinet.

ALBUQUERQUE, N.M. (AP) — Numerous police departments nationwide are not adequately identifying or reporting cases of missing and murdered indigenous women and girls as concerns mount over the level of violence they often face, according to a study released by a Native American nonprofit Wednesday.

Austin Baird, a spokesman for Gov. Bill Walker, says the main purpose of the stop was a briefing on the gas project.

The state-sponsored Alaska Gasline Development Corp. has been courting Chinese partners in efforts to advance the project, which is a priority of Walker's.

Murkowski on Trump: I know Alaska ‘better than he does’

WASHINGTON (AP) — Republican Sen. Lisa Murkowski of Alaska is brushing back against President Donald Trump, saying she knows her state's political terrain "better than he does."

Trump says voters "will never forgive" Murkowski for opposing Brett Kavanaugh's nomination to the Supreme Court, and he says the senator will "never recover" politically.

WASHINGTON (AP) — Senate Majority Leader Mitch McConnell acknowledged Wednesday that Republicans have a longstanding gender gap when it comes to American women, but he stood by one key Senate woman, saying "nobody's going to beat" Lisa Murkowski of Alaska despite her opposition to Brett Kavanaugh.

McConnell: Gender gap ‘wider than it used to be’ 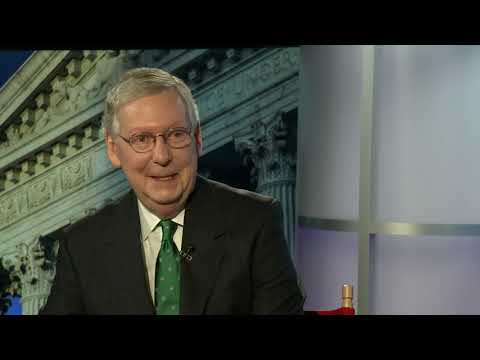 The party has asked Murkowski to provide any information she might want its state central committee to consider.

NORRIDGEWOCK, Maine (AP) — Despite the presence of protesters outside her Bangor home, Republican Sen. Susan Collins said that the response of Mainers has been "overwhelmingly positive" in the hours since her return after voting to confirm Supreme Court nominee Brett Kavanaugh.

"Many people have thanked me for my vote and have said that they were very pleased that I did the right thing," she said Sunday after an event honoring a slain sheriff's deputy.

Sen. Susan Collins of Maine, her longtime friend and fellow moderate Republican, spoke on the Senate floor for 45 minutes, explaining her support for Kavanaugh in detail.

Sen. Susan Collins of Maine, her longtime friend and fellow moderate Republican, spoke on the Senate floor for 45 minutes, explaining her support for Kavanaugh in detail.

Sen. Lisa Murkowski says she opposes Supreme Court nominee Brett Kavanaugh but will ask to be recorded as "present" during Saturday's confirmation vote to accommodate another GOP senator who will be at his daughter's wedding in Montana.

Senators often partner like that to allow an absence without affecting the outcome. Murkowski's vote will allow Sen. Steve Daines to walk his daughter down the aisle.

Bucking party, Murkowski charts her own path on Kavanaugh

WASHINGTON (AP) — Alaska Sen. Lisa Murkowski, the lone Republican who voted against advancing Brett Kavanaugh's Supreme Court nomination, has carved out a path as a fiercely independent senator known for bucking her party.

But she didn't look especially happy about it Friday.

Murkowski suggested she will oppose President Donald Trump's Supreme Court nominee this weekend after she became the only GOP senator to oppose advancing Kavanaugh's nomination during a tense, high-stakes Senate floor vote.

GOP senators blink on a big chance to repeal ‘Obamacare’

WASHINGTON (AP) — After seven years of emphatic campaign promises, Senate Republicans demonstrated they didn't have the stomach to repeal "Obamacare" on Wednesday when it actually counted. The Senate voted 55-45 to reject legislation to throw out major portions of Barack Obama's law without replacing it.