The global race for a COVID-19 vaccine boils down to some critical questions: How much must the shots rev up someone’s immune system to really work? And could revving it the wrong way cause harm?...

Full Coverage: Racing for a Remedy

KATHMANDU, Nepal (AP) — When COVID-19 came to Nepal, attention turned to an unlikely group of victims: hundreds of monkeys, cows and pigeons.

The zoo announced Thursday that Teak, a black and white colobus monkey, was born on Feb. 3. Colobus monkeys are...

ALBUQUERQUE, N.M. (AP) — Animal advocacy groups have filed complaints with federal officials about the treatment of monkeys and other animals at a research facility in New Mexico.

BERLIN (AP) — A fire raced through a zoo in western Germany in the first few minutes of the new year, killing more than 30 animals, including apes, monkeys, bats and birds, authorities said....

Chris Brown must give up monkeys under judge’s restrictions

LOS ANGELES (AP) — A Los Angeles judge on Wednesday said Chris Brown must give up all rights to his former pet monkey, pay for its care and not try to buy a new one if he wants charges of illegal...

DODGE CITY, Kan. (AP) — A monkey that was injured last month trying to protect his offspring from being taken by an intruder during an apparent break-in at a Kansas zoo has died.

WINSTON-SALEM, N.C. (AP) — A North Carolina police chief is apologizing after officers carried a stuffed black dreadlock-wearing monkey in the back seat of their police...

DODGE CITY, Kan. (AP) — A capuchin monkey at a western Kansas zoo is recovering after it was injured while apparently trying to stop an intruder from taking a younger monkey.

More than 100 animals seized from roadside zoo in Virginia

WINCHESTER, Va. (AP) — More than 100 animals, including water buffalo, tigers and lions, have been seized from a roadside zoo in Virginia with a history of complaints.

LAS VEGAS (AP) — Entertainer Wayne Newton is being sued by a Las Vegas woman who claims the veteran crooner's pet monkey bit and injured her daughter during an invited visit to Newton's showpiece...

KATHMANDU, Nepal (AP) — In the forests of Nepal's capital Kathmandu near the revered Hindu temple of Pahsupatinath, some 300 monkeys eagerly await their pieces of roti, or flat bread.

BISMARCK, N.D. (AP) — Police say a Mandan woman could be charged with trespassing for jumping a protective fence at the Dakota Zoo in Bismarck.

WESTFIELD, Wis. (AP) — Izzle, Timon, Batman, River and Mars spent years confined inside a lab, their lives devoted to being tested for the benefit of human health.

ST. LOUIS (AP) — The St. Louis Zoo is planning an $11.5 million expansion of its area for primates, adding 35,000 square feet of outdoor space that will include trails and tunnels for observers to...

PORTLAND, Ore. (AP) — People for the Ethical Treatment of Animals has filed a lawsuit to compel Oregon Health & Science University to release footage of experiments on monkeys at its Oregon...

LITTLE ROCK, Ark. (AP) — The Food and Drug Administration must halt all primate experimentation at an Arkansas laboratory until allegations of negligence and abuse are properly addressed, U.S....

Monkey birth a step to saving fertility of boys with cancer

WASHINGTON (AP) — Scientists are closing in on a way to help young boys undergoing cancer treatment preserve their future fertility — and the proof is the first monkey born from the experimental...

Fugitive monkeys back at Berlin zoo, days after breakout

BERLIN (AP) — A 17-year-old fugitive monkey has been reunited with her daughter at a Berlin zoo after being caught at a railway station in the German capital. 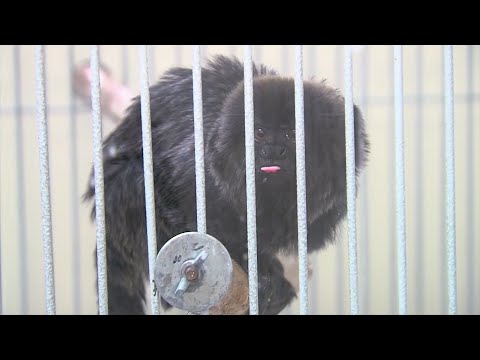 Zoo spokeswoman Naki Carter announced Tuesday that 12-year-old Kali, a rare Goeldi's monkey, was taken from her enclosure on Monday. A zookeeper discovered the monkey missing during early morning rounds, and then saw that the mesh had been cut open.

Police search for monkey stolen from a Florida Zoo

SPRINGFIELD, Ill. (AP) — One of the youngest additions to a central Illinois zoo is a titi monkey born about three weeks ago.

The (Springfield) State Journal-Register reports the white-eared primate is the first offspring of two monkeys named Wally and Maniqui. Titi monkeys' natural habitat is around Brazil's Amazon River basin where they rarely come out of the trees.

LITTLE ROCK, Ark. (AP) — A Little Rock teacher has been put on paid administrative leave after being accused of calling her students monkeys on a Facebook post.

The Arkansas Democrat-Gazette reports that the teacher at Watson Elementary School allegedly wrote on the post that the "monkeys to my zoo came back today." Classes at the school resumed on Thursday. 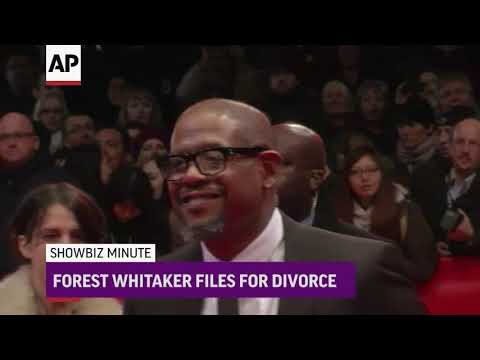 GAINESVILLE, Fla. (AP) — More than two dozen monkeys that were test subjects in nicotine addiction research denounced by British primatologist Jane Goodall have been moved from an Arkansas lab to a Florida primate sanctuary.

Monkey and bear die of old age at Jackson Zoo

The Jackson Zoo says both the American Black Bear and Diana Guenon monkey lived twice as long as their typical life expectancies.

The zoo says the 19-year-old bear named "Tank" was found dead on Oct. 25 after eating dinner the night before and showing no sign of illness. Officials say the bear appear to die from an age-related problem like heart disease.

BUDAPEST, Hungary (AP) — A rare monkey only held by a handful of zoos around the world has been born in Budapest, bringing the total in captivity globally to 27.

The baby golden-bellied mangabey, whose species originates in the forests of West Africa, was born Oct. 22.

Budapest Zoo spokesman Zoltan Hanga said Friday that the infant has not yet been named or its gender determined, as its keepers do not want to disturb the monkeys' intimacy to inspect the newborn.

SHALLOTTE, N.C. (AP) — Police in a coastal North Carolina town say a repairman won't face charges after he fatally shot a pet monkey that escaped and attacked a woman.

A Shallotte police detective told The Charlotte Observer Friday evening that the snow monkey escaped a backyard cage and "went bananas," biting the woman and scratching her arms and legs.

PHILADELPHIA (AP) — The Philadelphia Zoo says a 21-year-old red-shanked douc langur monkey has been euthanized due to a serious decline in health.

The zoo says the female primate named Toi had a variety of age-related medical issues and was euthanized on Wednesday.

The zoo says Toi was the last of the species in any North American zoo, and one of the oldest red-shanked douc langurs ever in the U.S.

Monkey back at research center after weekend on lam

NEW IBERIA, La. (AP) — A monkey that spent the weekend on the lam is back at a south Louisiana primate research center.

The University of Louisiana at Lafayette said in a news release Monday that a New Iberia resident saw the rhesus macaque and called a number the school had posted on Facebook.

The 12-pound monkey is in good health at the New Iberia Research Center, it said.

CONCORD, N.H. (AP) — The furry orange protagonist of "The Lorax" and the Truffula trees for which he spoke may have been inspired by specific monkeys and trees in Kenya, according to researchers at Dr. Seuss' alma mater, Dartmouth College.

MBANDAKA, Congo (AP) — For 25 years, Patrick Matondo has earned a living buying and selling monkeys, bats and other animals popularly known as bush meat along the Congo River. Standing on the riverbank in Mbandaka, a city affected by the deadly new outbreak of the Ebola virus, the father of five said that for the first time he's worried he won't be able to support his family.

The Eastern New Mexico News reports Clovis police said the group hopped the fence, got in the Clovis zoo, and then they went into the primate area and kicked the window out.

Federal report critical of care of animals at SC zoo

MYRTLE BEACH, S.C. (AP) — A federal report says some animals at a South Carolina zoo show "signs of psychological distress" such as pacing in circles and rocking back and forth.

Court sides with human in copyright fight over monkey selfie

SAN FRANCISCO (AP) — A U.S. appeals court on Monday favored humans over animals in a novel copyright lawsuit filed over a series of entertaining selfies taken by a monkey with a toothy grin.

U.S. copyright law does not allow lawsuits that seek to give animals the rights to photographs or other original work, the 9th U.S. Circuit Court of Appeals ruled.

Copyright infringement can only be claimed on behalf of humans, the court said.

SAN FRANCISCO (AP) — The Latest on a court ruling in a copyright lawsuit over selfies taken by a monkey (all times local):

A wildlife photographer who won an appeal in a copyright lawsuit over selfies taken by a monkey says he is delighted.

David Slater said in a phone interview Monday that the legal battle took a toll on him financially and emotionally.

The Arkansas Democrat-Gazette reports that the zoo plans to begin construction on the colobus monkey and serval cat exhibits by June and finish by next spring.

FORT WAYNE, Ind. (AP) — A northeast Indiana zoo's capuchin monkey exhibit will close for about a year for renovations.

The Fort Wayne Children's Zoo began more than 30 improvements worth about $7.1 million over the winter. Construction will still be in progress when the zoo opens for the season April 21.

JERUSALEM (AP) — An Israeli zoo says an endangered primate known as a golden lion tamarin has been born in captivity.

The Jerusalem Biblical Zoo says the monkey was born two weeks ago to mom Bilbi and dad Zohar. The yet unnamed monkey was seen Thursday clinging to its mother's back.

Golden lion tamarins are among the rarest animals in the world, according to the World Wildlife Fund. It is listed as endangered according to the International Union for Conservation of Nature.

GERING, Neb. (AP) — Fur coats were once all the rage. Women around the world wanted one. They were a status symbol. The rarer the animal, the more it seemed its fur was in demand. That began to change in the 1970s when people became aware of the damage they were doing to the animal population.

SAO PAULO (AP) — Brazilian officials have reopened Sao Paulo's zoo and botanical gardens after a monkey was killed by the yellow fever virus.

The Sao Paulo state Environmental Secretary says the virus that killed a monkey was an isolated case and the transmission risk was low. The virus has not been detected in the area occupied by the two parks.

Both have been closed since Jan. 23 and were reopened on Thursday.

NEW ORLEANS (AP) — A baby monkey delivered by Caesarian section is now riding around the New Orleans zoo's howler monkey exhibit on her long-haired mother's back.

The Audubon Zoo said in a news release Monday that veterinarians operated on the mother, named Salsa, because her labor wasn't progressing.

Zoo veterinarian Dr. Robert MacLean says her cervix turned out to be scarred, probably from a previous birth.

MIAMI (AP) — Authorities say dozens of animals have been stolen from a Florida wildlife sanctuary.

Volunteer Cindy Robert said some of the animals are in need of medication and because of that may die.

FRANKFURT, Germany (AP) — Automaker Daimler says it has suspended an executive who represented it at an industry-backed organization that commissioned diesel exhaust tests involving monkeys.

A statement from Daimler AG on Wednesday did not identify by name the executive, citing privacy concerns. It said the executive sat on the top management board of the now-dissolved EUGT entity.

The tests have been criticized by politicians, environmentalists and animal welfare activists.

FRANKFURT, Germany (AP) — Automaker Volkswagen has suspended a top executive in response to widespread public criticism over experiments in which monkeys were exposed to diesel exhaust.

The company said in a statement Tuesday that Thomas Steg, head of government relations and sustainability, was stepping away from his duties at his own request.