Emilio DiPalma was, as he liked to say, just a kid from western Massachusetts when he found himself in a front-row seat to history as a courtroom guard in Nuremberg, Germany, during the first and...

Player celebrates with hug for driver he says saved his life

DÜSSELDORF, Germany (AP) — Soccer players in Germany aren't allowed to celebrate with hugs during games in the pandemic. Dimitrij Nazarov made an exception for the man he believes saved his...

BERLIN (AP) — A German privacy watchdog says it has opened an investigation into clothing retailer H&M amid evidence that the Swedish retailer had committed “massive data protection breaches” by...

Public to get access to Nuremberg trials digital recordings

PARIS (AP) — Audio recordings from the Nuremberg trials of Nazi leaders will be made available to the public for the first time in digital form after nearly two years of work conducted in...

BERLIN (AP) — Three soccer clubs that had refused to accept losses to Hamburger SV in Germany's second division due to questions over former refugee Bakery Jatta's identity have withdrawn their...

Dortmund struggling to beat the teams it is expected to beat

BERLIN (AP) — Just like last season, Borussia Dortmund is finding it hard to beat the teams it is expected to beat.

Dortmund's bid to usurp Bayern Munich at the top of the Bundesliga is...

BERLIN (AP) — Bakery Jatta has caused a stir in Germany just by taking his place on the field.

The 21-year-old Hamburg forward, the first refugee to play in the Bundesliga, has become the...

Haji Wright, a 21-year-old American winger, signed a one-year contract with Venlo on Friday that gives the Dutch club an additional one-year option.

BERLIN (AP) — After years of mismanagement, Hamburger SV is hoping experienced coach Dieter Hecking can lead the club back to the Bundesliga - and keep it there.

NUREMBERG, Germany (AP) — Rain disrupted play at the Nuremberg Cup on Monday, with Mona Barthel the only player to progress on the second day.

Dortmund on verge of giving up, but Bayern then held to draw

BERLIN (AP) — Just as Borussia Dortmund coach Lucien Favre gave up on his team's title hopes, the Bundesliga race took another twist when Bayern Munich was held to a draw at Nuremberg.

NUREMBERG, Germany (AP) — Bundesliga leader Bayern Munich unexpectedly dropped points in a 1-1 draw at 17th-place Nuremberg on Sunday in another twist in the German title race.

DORTMUND, Germany (AP) — Nine-man Borussia Dortmund blew a chance to return to the top of the Bundesliga after losing at home to Schalke 4-2 on Saturday, giving a huge title boost to Bayern...

NUREMBERG, Germany (AP) — Nuremberg's hopes of escaping Bundesliga relegation were dealt a blow Friday after being held to a 1-1 home draw by Schalke.

BERLIN (AP) — German firefighters say that five people, including four children, have been killed after a blaze ripped through their home in the southern city of Nuremberg.

Nuremberg goalkeeper Christian Mathenia made a host of saves to deny Dortmund a first win in three league games. The Bundesliga leaders have now drawn three successive games and have seen their lead whittled down from nine points in the 15th round to three over six-time defending champion Bayern Munich.

Dortmund’s Pulisic out with thigh injury from Tottenham loss

Pulisic will miss Dortmund's league game at Nuremberg on Monday and is doubtful for its home game against Bayer Leverkusen on Sunday.

BERLIN (AP) — Bayern Munich survived a scare in winning 3-2 at Augsburg on Friday to close the gap on Bundesliga leader Borussia Dortmund to two points.

Kingsley Coman twice equalized before setting up Serge Gnabry's winner early in the second half, taking second-place Bayern up to 48 points before Dortmund's game at last-place Nuremberg on Monday.

BERLIN (AP) — Five watercolors attributed to Nazi dictator Adolf Hitler from his early days as a struggling artist have failed to sell at auction in the southern German city of Nuremberg, possibly over fears they could be fakes.

BERLIN (AP) — The Bundesliga is a bit upside down this season.

Instead of Bayern Munich running away with the title while several teams fight against relegation, there is excitement at the top of the standings while four teams trail well below the rest at the bottom.

BERLIN (AP) — Coach Andre Breitenreiter was facing the chop after his Hannover side was thrashed by Bundesliga leader Borussia Dortmund 5-1 on Saturday.

Hannover is second from bottom, level on points with last-placed Nuremberg, and Breitenreiter received little support from club president Martin Kind or general manager Horst Heldt before the game.

Kind said the club needed to consider all options and "anything else would be dishonest."

NASHVILLE, Tenn. (AP) — The Latest on the case of police officer charged in a fatal Tennessee shooting (all times local):

The attorney for a white police officer in the fatal shooting of a black man says Nashville's district attorney "functionally declared war" on the city's police when he claimed the defense is relying on the same arguments as those used to defend Nazis at the Nuremberg trials.

BERLIN (AP) — Promoted Fortuna Duesseldorf stunned Borussia Dortmund with a 2-1 win on Tuesday, dealing the leader its first Bundesliga loss of the season.

Goals from Dodi Lukebakio and Jean Zimmer in either half cut Dortmund's lead to six points over Borussia Moenchengladbach, which earlier defeated Nuremberg 2-0.

Bayern Munich is three points further back ahead of its home game against Leipzig on Wednesday.

The three separate stabbings took place late Thursday and all the women are still in the hospital being treated for their injuries.

BERLIN (AP) — German police say they have a man in custody suspected in the stabbing of three women in the southern city of Nuremberg.

Police said Saturday that the 38-year-old man was arrested in connection with the Friday attacks that left all three victims wounded. None are in life-threatening condition.

Further details weren't released and police said there would be a press conference on Sunday.

BERLIN (AP) — Wolfsburg won at Nuremberg 2-0 and extended the host's winless streak in the Bundesliga to nine consecutive games on Friday.

Nuremberg, which was promoted at the start of this season, was left in the relegation zone behind Stuttgart on goal difference.

Striker Daniel Ginczek scored from a pass by Maximilian Arnold to put Wolfsburg in front an hour in. Substitute Josip Brekalo rounded off the victory with a second goal in stoppage time.

BERLIN (AP) — Three women have been stabbed and wounded in the German city of Nuremberg, police said Friday as they investigated whether the incidents were connected.

There was no immediate word on what weapon was used in Thursday evening's attacks. Police said there was no indication of any link to terrorism.

The stabbings took place in the Bavarian city's St. Johannis district. The first victim, a 56-year-old, required surgery after a man attacked her on the street and fled.

BERLIN (AP) — Borussia Moenchengladbach left it late before beating Stuttgart 3-0 to reclaim second place in the Bundesliga on Sunday, with the visitors ending the game with nine men.

Florian Neuhaus set up Raffael for Gladbach's opener in the 69th minute, and then scored himself eight minutes later.

BERLIN (AP) — Jadon Sancho pointed to the sky after scoring Borussia Dortmund's winning goal for a 2-1 victory over the club's biggest rival, Schalke, on Saturday.

Then came the tears.

Sancho dedicated the goal to his recently deceased grandmother after becoming Dortmund's youngest goal-scorer in the Ruhr derby, Germany's biggest, at age 18.

Though it was the first to be played on a Monday this season, the home fans made their displeasure known by refusing to take their places in the north stand of Nuremberg's Max-Morlock-Stadion.

Today in History for November 20th 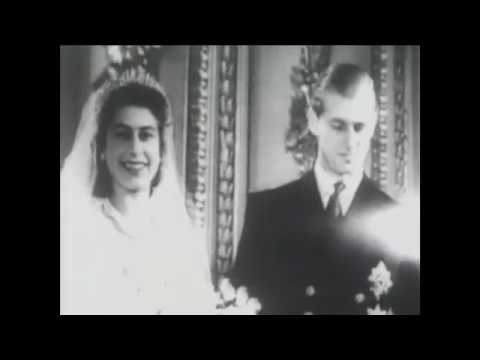 BERLIN (AP) — Nuremberg goalkeeper Fabian Bredlow saved a penalty but that didn't make up for the six goals he had already conceded as his team lost 6-0 at Leipzig in the Bundesliga on Sunday.

With more than an hour gone, Tim Leibold was sent off as the last defender for bringing down Timo Werner. But Werner, who had scored twice already for Leipzig, saw his spot kick saved in a rare moment of success for the visitors.

Today in History for September 30th 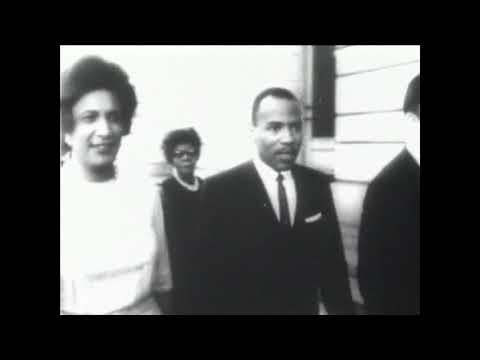 Marco Reus scored twice to take his Dortmund tally to 100 as Lucien Favre's side took advantage of Bayern's draw with Augsburg on Tuesday to narrow the gap on the defending champion to two points after five games played.

Stuttgart was seventh last season but has just one point from its first three games, level with Freiburg, after the two teams contested a hard-fought draw. 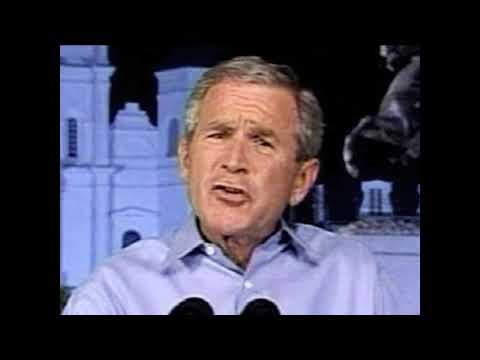 BUNDESLIGA 2018-19: Guide to the promoted teams

BERLIN (AP) — A look at Fortuna Duesseldorf and Nuremberg, the promoted teams preparing for their return to the Bundesliga this weekend.

Duesseldorf is back as second-division champion after beating Nuremberg 3-2 on the final day of last season.

Experienced coach Friedhelm Funkel stabilized the side after arriving in March 2016 and led the club to a sixth promotion in his second season.

MUNICH (AP) — German authorities blame the neo-Nazi group National Socialist Underground for a string of violent crimes including the racially motivated killing of nine men, the killing of a policewoman, two bombings and more than a dozen bank robberies over a period of almost 14 years.

BERLIN (AP) — A court in southeastern German has convicted a 22-year-old German man of murdering two women last year and sentenced him to life in prison.

The Nuremberg regional court found the man guilty on Monday and ordered him held in secure detention once he is released due to the risk of his reoffending. Prisoners serving life in Germany typically are paroled after 15 years.

The Belgian player rallied after losing the opening set to end Bertens' 13-match winning run after two hours and 34 minutes. Flipkens advances to a semifinal against Alison Riske of the United States. It will be Flipkens' second career clay-court semifinal.

NUREMBERG, Germany (AP) — Yulia Putintseva came from a set down to defeat top-seeded Sloane Stephens 5-7, 6-4, 7-6 (3) in a match played over two days in the first round of the Nuremberg Cup.

Their match has been suspended due to darkness at 3-3 in the final set on Tuesday, and Putintseva went on to win the tiebreaker after both traded breaks.

The Kazakh player was due to face another American, Alison Riske, in the second round later Wednesday.

Cirstea beats Petkovic in 1st round of Nuremberg Cup

Petkovic was 2-0 up in the second set, but the sixth-seeded Romanian fought back and won the last four points in the tiebreaker to clinch the victory after 2 hours, 45 minutes.

Bertens had no difficulties as she made it 13 wins in a row at the clay-court tournament. The Dutch player next faces Carina Witthoeft or Mona Barthel.