Nearly 1 in 5 US kids are obese, according to latest data

NEW YORK (AP) — Nearly 1 in 5 U.S. kids are obese, according to the latest national data.

The news is disappointing, given that programs across the country have for years been trying to...

MEXICO CITY (AP) — The coronavirus pandemic could be especially deadly in Mexico because of the country's high rates of obesity and diabetes, a coalition of consumer and health advocacy groups...

After obesity surgery, more patients returning for another

NEW YORK (AP) — As more Americans turn to surgery to lose weight, more of them are also returning for a second operation because the first isn't working.

About 40% of US adults are obese, government survey finds

NEW YORK (AP) — About 4 in 10 American adults are obese, and nearly 1 in 10 is severely so, government researchers said Thursday.

The Centers for Disease Control and Prevention findings come...

MEXICO CITY (AP) — After a decade of fighting for stronger food labeling standards in one of the most obese countries in the world, Mexican activists celebrated Monday over a new rule that will...

WASHINGTON (AP) — The Trump administration on Friday took another step toward dismantling Michelle Obama's school nutrition guidelines, proposing a new rule that could lead to more pizza and fries...

What if you knew a cookie would take 20 minutes to run off?

NEW YORK (AP) — Would you put down that bag of chips if you saw it had 170 calories? What if the label said it would take 16 minutes of running to burn off those calories?

By The Associated PressDecember 11, 2019 GMT

The Parkersburg News and Sentinel on the obesity rate in West Virginia:

Brain differences may be tied to obesity, kids’ study says

LITTLE ROCK, Ark. (AP) — The obesity rate in Arkansas has increased among public school and state employees and their spouses, costing the state more money to provide health coverage, according to...

VATICAN CITY (AP) — Pope Francis is calling for lifestyle and dietary changes to address the paradox of a world in which people suffer from malnutrition in some areas and obesity in...

CHICAGO (AP) — Americans' diets are a little less sweet and a little crunchier but there's still too much sugar, white bread and artery-clogging fat, a study suggests.

Deep South states have among the worst adult obesity rates

BATON ROUGE, La. (AP) — The Deep South states of Alabama, Louisiana and Mississippi are among nine states where at least 35% of adults are obese.

CDC: 3 in 10 Minnesota adults are obese

A state that likes to think it's special has an adult obesity rate that has climbed above 30% for the first time, according to survey...

Americans love snacks. What does that mean for their health?

NEW YORK (AP) — Americans are addicted to snacks, and food experts are paying closer attention to what that might mean for health and obesity.

As with adults, no easy way to address weight with children

NEW YORK (AP) — Red, yellow, green. It's a system for conveying the healthfulness of foods, and at the center of a debate about how to approach weight loss for children.

OLYMPIA, Wash. (AP) — It's illegal for employers to refuse to hire someone who is obese if they are otherwise qualified for the job, the Washington Supreme Court ruled Thursday.

Diabetic amputations are again on the rise

PHILADELPHIA (AP) — Frank Houseal knew how dangerous diabetes can be.

Both of his parents had it. His mother died at 52 of a heart attack. His father had a stroke at 47 and had lost both...

US preschoolers less pudgy in latest sign of falling obesity

MINNEAPOLIS (AP) — The charitable arm of the Minnesota Vikings recently unveiled a new food truck that will serve free, healthy meals to children in need.

Sleeping with the TV on may make you gain weight

CHICAGO (AP) — Dozing off to late-night TV or sleeping with other lights on may mix up your metabolism and lead to weight gain and even obesity, provocative but preliminary U.S. research... 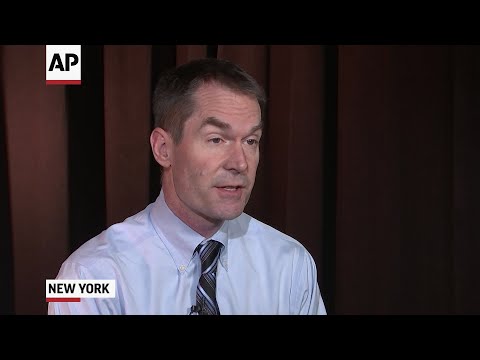 NEW YORK (AP) — The number of new diabetes cases among U.S. adults keeps falling, even as obesity rates climb, and health officials aren't sure why.

SACRAMENTO, Calif. (AP) — Sodas and other sugary drinks sold in California would come with warning labels about obesity, diabetes and tooth decay under a bill that narrowly cleared the state...

Cholesterol improves in US kids despite high obesity rates

CHICAGO (AP) — Cholesterol levels in children and teens improved in the latest analysis of U.S. health surveys, yet only half of them had readings considered ideal.

Obesity surgery benefits may be bigger for teens than adults

Teens who have obesity surgery lose as much weight as those who have the operation as adults and are more likely to have it resolve other health problems such as diabetes and high blood pressure,...

NEW YORK (AP) — Can a genetic test identify newborns at risk of becoming severely obese by middle age? Researchers say they have come up with one, and that it might allow interventions in...

A drug that's used to help control blood sugar in people with diabetes has now been shown to help prevent or slow kidney disease, which causes millions of deaths each year and requires hundreds of...

ST. LOUIS (AP) — A health care insurance company with headquarters in suburban St. Louis has awarded a 10-year, $100 million grant to Washington University School of Medicine for research into...

INDIANAPOLIS (AP) — A new report shows that Indiana's obesity rate is continuing to climb along with Hoosiers' expanding waistlines.

The report by the Richard M. Fairbanks Foundation shows...

SACRAMENTO, Calif. (AP) — State lawmakers are trying again to discourage the consumption of sugary beverages, proposing a tax, warning labels, and a ban on soda displays near checkout lines among...

Marshall researcher reinventing self after grant runs out

HUNTINGTON, W.Va. (AP) — In his time as director of the Basic Science Division of the Center for Diagnostic Nanosystems at Marshall University, Kevin Rice researched exciting, yet complicated, ideas about obesity, diabetes, aging and how our genes work, down to the nanoparticle.

NEW YORK (AP) — The tweet from a group that finances development in Latin America was direct: Sodas do not offer beauty or joy, just a lot of sugar.

There was one problem for the organization. Coca-Cola was a funder.

NEW YORK (AP) — China's efforts to keep obesity in check have been undermined from the inside by the food industry, according to newly published research.

NEW YORK (AP) — The U.S. cancer death rate has hit a milestone: It's been falling for at least 25 years, according to a new report.

Lower smoking rates are translating into fewer deaths. Advances in early detection and treatment also are having a positive impact, experts say.

But it's not all good news. Obesity-related cancer deaths are rising, and prostate cancer deaths are no longer dropping, said Rebecca Siegel, lead author of the American Cancer Society report published Tuesday.

STILLWATER, Okla. (AP) — Oklahoma State University has a $3.9 million plan to address obesity in two rural counties, one of which includes the town with the lowest life expectancy in the U.S.

"Years from now, (to) have our rates of obesity and diabetes and other chronic diseases go down, as a result of us laying this foundation," said Billie Lynn Allard, administrative director of nursing for community health for Southwestern Vermont Medical Center.

The study tracked about 20,000 severely obese patients with Type 2 diabetes. Those who had weight loss surgery had a 40 percent lower chance of developing a heart attack or stroke in the five years following surgery compared to those who got usual care with diabetes medicines or insulin. 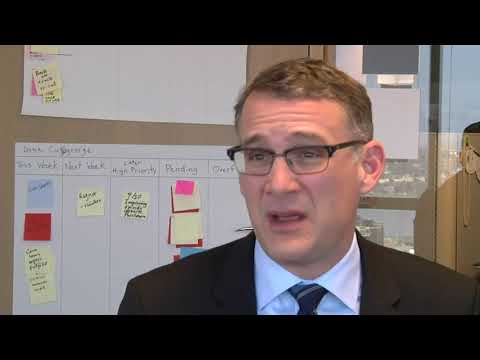 FORT WAYNE, Ind. (AP) — A new report says Indiana residents are still too heavy, but the state no longer ranks among the nation's 10 fattest states.

The report from the Trust for America's Health and the Robert Wood Johnson Foundation says 33.6 percent of Hoosier adults are obese, giving Indiana the nation's 12th-highest obesity rate.

Where does Florida rate on obesity levels compared to US?

MIAMI (AP) — A new report shows Florida has a lower adult obesity rate than many other states.

Just under 30 percent of adults living in Florida are obese, ranking the state 36th in the U.S. The report was released Thursday by Trust for America's Health and the Robert Wood Johnson Foundation.

West Virginia has highest rate with 38 percent, and Colorado the lowest with 22.6 percent.

Report: Mississippi has 2nd-highest adult obesity rate in US

JACKSON, Miss. (AP) — Mississippi has the second-highest adult obesity rate in the country, with only West Virginia having a higher rate.

Those findings are included in a national report released Wednesday, which shows Mississippi's rate tops 37 percent, up from around 24 percent in 2000. The information comes from the nonpartisan Trust for America's Health and Robert Wood Johnson Foundation.

BATON ROUGE, La. (AP) — Louisiana has the sixth-highest adult obesity rate in the country, and the problem is growing.

Those findings are included in a national report released Wednesday that shows Louisiana's rate tops 36 percent, up from around 23 percent in 2000. The information comes from the nonpartisan Trust for America's Health and Robert Wood Johnson Foundation.

The state's ranking during that time has gone from the 10th lowest in the nation to the 29th highest.

For the first time, a drug has been shown to help people lose weight and keep it off for several years without raising their risk for heart problems — a safety milestone that may encourage wider use to help curb the obesity epidemic.

The drug, Belviq, has been sold in the United States since 2013 and is the first of several new weight-loss medicines to succeed in a long-term heart safety study now required by federal regulators to stay on the market.

According to the state Department of Education, the grant from the Centers for Disease Control and Prevention will focus on awareness and policies for school-based health education, physical education and physical activity, healthy eating, and management of chronic health conditions.

SACRAMENTO, Calif. (AP) — A new push by the beverage industry is slowing the expansion of soda taxes in California and elsewhere.

California cities pioneered soda taxes as a way to combat obesity, diabetes and heart disease, but the Legislature and Gov. Jerry Brown on Thursday bowed to pressure from beverage companies and reluctantly banned local taxes on soda for the next 12 years.