JERUSALEM (AP) — Israel heads into its unprecedented third election in less than a year Monday after a tumultuous campaign that saw the prime minister indicted on corruption charges, President...

WASHINGTON (AP) — The Trump administration on Tuesday designated five state-run Chinese news outlets that operate in the United States as “foreign missions,” requiring them to register their...

Polling: Americans dissatisfied with the state of the union

WASHINGTON (AP) — The turbulence of impeachment, a contentious presidential campaign and a global virus health threat confront President Donald Trump as he prepares to deliver his State of the...

WASHINGTON (AP) — Democrats know they don't have the votes to convict President Donald Trump when the Senate convenes as the Court of Impeachment. But they are pursuing the case in the court of...

TAIPEI, Taiwan (AP) — A year ago, Taiwan's leader was on the ropes. Then she got a boost from an unexpected corner: Chinese President Xi Jinping.

WASHINGTON (AP) — As the U.S. House of Representatives prepares to take a historic vote on the impeachment of President Donald Trump, the American public is following along, steadfast in its...

PROVIDENCE, Rhode Island (AP) — It's one of America's leading sources for news about the government, yet also among the least trusted. Social media, a new poll finds, is America's political news...

House committee’s report on impeachment could land next week

WASHINGTON (AP) — The witnesses have spoken, the politics are largely settled. Now impeachment investigators will make the case for public opinion.

With testimony over, work begins on key impeachment report

WASHINGTON (AP) — The witnesses have spoken, the politics are largely settled. Now impeachment investigators will make the case for public opinion.

WASHINGTON (AP) — At a time when many Americans say they're struggling to distinguish between fact and fiction, the country is broadly skeptical that facts underlie some of the basic mechanisms of...

Democrats, GOP to vie for impeachment narrative -- on TV

WASHINGTON (AP) — Impeachable or not?

Both Democrats and Republicans see the televised impeachment hearings starting this week as their first and best opportunity to shape public opinion...

Back in 1973, tens of millions of Americans tuned in to what Variety called "the hottest daytime soap opera" — the Senate Watergate hearings that eventually led to President Richard Nixon's...

MADRID (AP) — Spain is holding its fourth general election in as many years — and the second this year — amid voter distrust and a renewed Catalan independence bid that has bolstered the far...

By The Associated PressSeptember 4, 2019 GMT

The Intelligencer and Wheeling News-Register on Sen. Joe Manchin's decision not to run for governor next year:

10 Democrats set for next debate as several others miss cut

WASHINGTON (AP) — Struggling Democratic presidential candidates are facing the bad news that they are not among the 10 who have qualified for the next debate, a predicament that is likely to spell...

WASHINGTON (AP) — Montana Gov. Steve Bullock was told how he could qualify for the next presidential debate, but it didn't make much sense: Spend $60. Attract a $1 donor. And repeat, maybe...

DES MOINES, Iowa (AP) — The Trump campaign has a message for its female supporters: It's time to come out of hiding.

"There's a lot of people that are fearful of expressing their support,...

Poland’s parliament speaker resigns over use of govt flights

WARSAW, Poland (AP) — The speaker of the Polish parliament said Thursday that he is resigning after a scandal erupted over his and his family's frequent use of government planes.

WASHINGTON (AP) — President Donald Trump and first lady Melania Trump are hosting an official visit and state dinner in September for the prime minister of Australia, a conservative, who like...

NEW YORK (AP) — Fifty years after Neil Armstrong and Buzz Aldrin walked on the moon, some people insist it never happened and was all a big hoax by the U.S. government.

Evers vows to ‘fight like hell’ for Medicaid expansion

MADISON, Wis. (AP) — Democratic Gov. Tony Evers pledged Thursday to "fight like hell" to expand Medicaid in Wisconsin, a day after Republican legislative leaders said they would kill his proposal...

Ukraine quiet ahead of presidential election

KIEV, Ukraine (AP) — A comedian who plays the role of Ukraine's president on television is set to take on the job for real, pushing out the man who currently holds the office, according to public...

KIEV, Ukraine (AP) — A comedian who's never held political office tops the public opinion polls ahead of Ukraine's presidential election, but even he appears to be falling far short of enough... 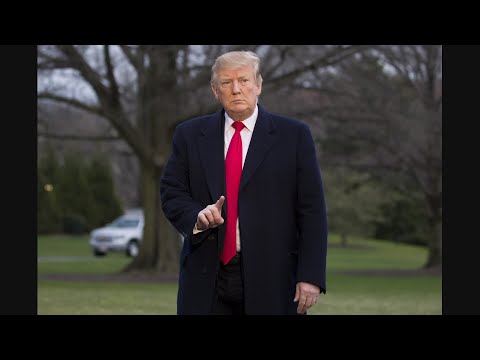 NEW YORK (AP) — Michael Cohen said during his congressional testimony Wednesday that Donald Trump grossly overstated his wealth before becoming president, including inflating his assets during a...

LAUSANNE, Switzerland (AP) — The longtime standoff between Olympic champion Caster Semenya and track and field's governing body over issues of gender, hormones and performance in sports reached a pivotal phase on Monday as a key tribunal began hosting a planned five-day hearing in a case that could have massive repercussions throughout sports.

That hasn't panned out. Instead, his independence-leaning Taiwanese counterpart, Tsai Ing-wen, has enjoyed a surge in support following a brutal drubbing of her political party in local elections last year, according to public opinion surveys and interviews.

WASHINGTON (AP) — Somehow, some day, the nasty deadlock between President Donald Trump and congressional Democrats that's shuttered federal agencies for a record-tying 21 days will end. The only real questions are when, how and who will be crowned the winner in public opinion polls and ultimately by voters.

RAMALLAH, West Bank (AP) — A public opinion poll shows that Palestinian President Mahmoud Abbas would lose to the leader of the Islamic militant group Hamas if elections were held today.

WASHINGTON (AP) — Three states resumed executions of death row inmates in 2018 after long breaks, but nationwide, executions remained near historic lows this year, according to an annual report on the death penalty released Friday.

SALT LAKE CITY (AP) — The Utah State Board of Education has agreed to budget nearly $600,000 for strategic communications.

SEOUL, South Korea (AP) — While governments around the world ponder how to deal with the explosion of "fake news," South Korea has come out swinging, vowing to use its criminal laws to curb what officials have declared a threat to democracy.

MADISON, Wis. (AP) — A group opposed to a Wisconsin law that is designed to protect a developing fetus from a mother's alcohol or drug use is taking the fight outside the courtroom in hopes of gaining ground in the court of public opinion.

ABERDEEN, S.D. (AP) — Dakota Media Group has laid off seven employees at the American News and the Farm Forum in Aberdeen and four workers at the Watertown Public Opinion.

Sapporo seems to have second thoughts about 2026 Olympic bid

TOKYO (AP) — The Japanese city of Sapporo seems to be having second thoughts about bidding for the 2026 Winter Olympics and could focus instead on the 2030 Games.

Sapporo held the 1972 Winter Olympics and is one of seven cities showing interest in 2026. The International Olympic Committee will decide in October which bids are serious. The winner will be picked in September 2019.

DUBAI, United Arab Emirates (AP) — Across Iran, the hopefulness that followed the 2015 nuclear deal has been replaced by a rising hard-line fever with President Donald Trump's decision to pull America from the accord.

From lawmakers burning a paper U.S. flag on the floor of parliament to public opinion swaying toward restarting higher uranium enrichment, Iran is seeing a political swing threatening the Western rapprochement once sought by President Hassan Rouhani.