Review: Smith’s fine in ‘Aladdin.’ Another guy’s the problem

It's pretty clear after watching the new live-action "Aladdin" that doubts about Will Smith's casting as the Genie are overblown. It's the guy behind the camera who should be doubted. And stuffed...

Will Smith calls ‘Aladdin’ remake highlight of his career

AMMAN, Jordan (AP) — Hollywood star Will Smith says that Disney's live-action remake of "Aladdin" was "one of, if not the best experience" of his accomplished 30-year career. 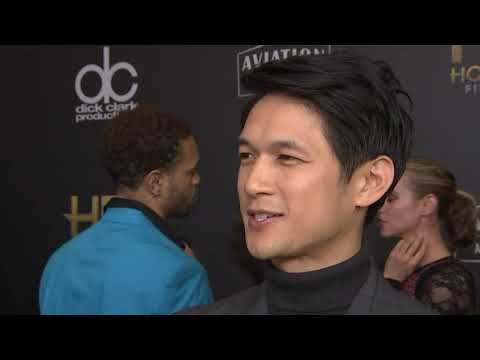 The star on Wednesday revealed the live-action musical's first poster. Looking similar to the 1992 Robin Williams film, the poster features an ornate lamp and blue smoke along with the words: "Choose wisely." The film's release date of May 2019 also is listed.

Robin Williams’ daughter Zelda: ‘I’m sure he’d be proud of me’ 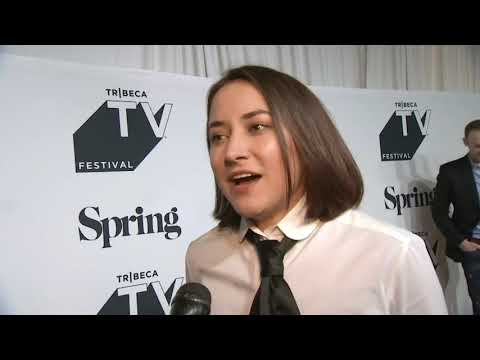 Robin Williams memorabilia and artworks to be auctioned 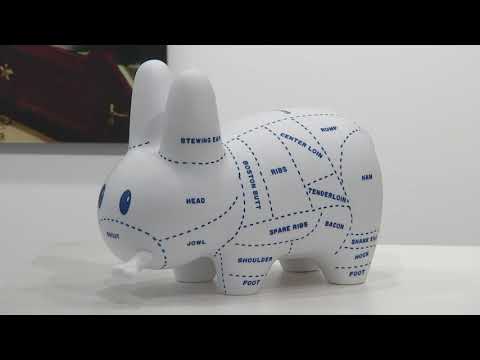 Today in History for July 21st

NEW YORK (AP) — Artworks owned by Robin Williams and memorabilia from his career including autographed scripts, awards and props will be auctioned in the fall.

Sotheby's announced Friday that the collection of Williams and his wife, Marsha, will be auctioned in New York on Oct. 4.

The sale will include street art by Banksy and Shepard Fairey, furniture and decorative art and more than 40 watches from Williams' personal collection.

NORFOLK, Va. (AP) — Adrian Cronauer, the man whose military radio antics inspired a character played by Robin Williams in the film "Good Morning, Vietnam," has died. He was 79.

Mary Muse, the wife of his stepson Michael Muse, said Thursday that Cronauer died Wednesday from an age-related illness. He had lived in Troutville, Virginia, and died at a local nursing home, she said.

Robin Williams speaks for himself in new HBO documentary

NEW YORK (AP) — When filmmaker Marina Zenovich sought to make a documentary about Robin Williams, she found that she could do it largely in the late comedian's own voice.

"Robin Williams: Come Inside My Mind," uses a wealth of archival footage to put viewers inside his thought process — mirroring a routine Williams used as an up-and-coming comic in the 1970s.

Bourdain suicide a reminder of celebrities’ distance from us

NEW YORK (AP) — We thought we knew them.

Anthony Bourdain was the brash, globe-trotting chef, Kate Spade the innovative and ebullient designer. The idea that people who seemed to have such full and fulfilling lives would kill themselves is a tragic reminder that celebrities who feel more familiar to us than some of our friends and neighbors are at the same time total strangers.

Doctor dresses up as clown and brings joy to Ogden patients

ODGEN, Utah (AP) — If anybody needed cheering up, it was Kim Call.

The Syracuse man has been in the hospital since April 4, with a colon so twisted in knots that it required three surgeries over the past six weeks. He'd just had his feeding tube removed, and the hope among doctors and family was that Call's long ordeal might finally be turning a corner.

SAN FRANCISCO (AP) — A bronze plaque honoring soccer star Brandi Chastain got a red card Tuesday after a social media outcry over its unflattering portrayal of the athlete.

The Bay Area Sports Hall of Fame in San Francisco said Tuesday it will redo the plaque, which was unveiled a day earlier and quickly panned by the public.

SAN FRANCISCO (AP) — A meadow in San Francisco's expansive Golden Gate Park has been named after the late comedian and actor Robin Williams.

The effort to rename the grassy lawn on the east end of Golden Gate Park was led by Debi and Will Durst, who have put on Comedy Day at the park for 37 years, the San Francisco Chronicle reported.

More than two decades after Robin Williams conquered that pesky board game, "Jumanji" has been resurrected with more and glossier stars (Dwayne Johnson, Kevin Hart and Jack Black), a comedy director and a "modern" twist. The result, "Jumanji: Welcome to the Jungle ," is a very sweet, and generally entertaining body swap lark with some nice messages about being, and believing in, yourself.

More than two decades after Robin Williams conquered that pesky board game, "Jumanji" has been resurrected with more and glossier stars (Dwayne Johnson, Kevin Hart and Jack Black), a comedy director and a "modern" twist. The result, "Jumanji: Welcome to the Jungle ," is a very sweet, and generally entertaining body swap lark with some nice messages about being, and believing in, yourself.

LOS ANGELES (AP) — Documentaries about Robin Williams, Gloria Allred and Ruth Bader Ginsberg, a Lizzie Borden film with Kristen Stewart and Debra Granik's long-awaited follow up to "Winter's Bone" are among the 110 features set to premiere at the 2018 Sundance Film Festival.

Today in History for July 21st

BARCELONA, Spain (AP) — Jack Black and Nick Jonas — two of the stars of the upcoming "Jumanji" sequel — have paid tribute to the actor who led the original film — the late Robin Williams.

Describing Williams as a "sweet, sweet man," Black said the late actor would "love" the movie. "He had a great sense of adventure. ... It would have been amazing to work with him," he said Sunday at a press event for the film in Barcelona, Spain.

Jack Black: Williams would be ‘stoked’ about new ‘Jumanji’

Iglehart, the star of "Aladdin" on Broadway, will join "Hamilton" in the dual roles of Marquis de Lafayette and Thomas Jefferson starting in mid-April. It's the joint role Daveed Diggs won a Tony in last year.

Jason Sudeikis makes stage debut with ‘epic of a character’

NEW YORK (AP) — Making your New York stage debut in a role made famous by Robin Williams isn't for the faint of heart. Making it in an adaptation of one of Williams' most beloved movies — "Dead Poets Society" — makes it doubly daunting.

But comedian and actor Jason Sudeikis wasn't scared away. The former "Saturday Night Live" star adored the 1989 film and has embraced a critical line from it as he tackles it onstage — "carpe diem," or seize the day.

LOS ANGELES (AP) — Actress Shelley Duvall has revealed her struggles with mental illness in an interview with "Dr. Phil."

Duvall is best known for her turns in the horror movie classic, "The Shining," and for playing Olive Oyl opposite Robin Williams' "Popeye" in the 1980 film version of the comic strip.

SAN FRANCISCO (AP) — A San Francisco home that served as the setting for the popular 1993 movie "Mrs. Doubtfire," starring Robin Williams, has sold for $4.15 million.

The San Francisco Chronicle reports (http://bit.ly/2eQ8ybA ) that the four-bedroom Victorian in the Pacific Heights neighborhood sold this week after being listed in September for $4.45 million. It did not identify the buyer.

NEW YORK (AP) — Matt Damon and Ben Affleck resurrected their "Good Will Hunting" roles, not to mention their Boston accents, in a special one night only live read from the script Friday in New York.

John Krasinski hosted and served as a guest director for the night before an audience that benefits a non-profit arts organization called Film Independent. Tickets ranged from $65 to $150.

By The Associated PressOctober 3, 2016 GMT

Robin Williams' widow says the actor had "chemical warfare in his brain" before his death.

Williams suffered from dementia caused by Lewy body disease and took his own life in August 2014.

Susan Schneider Williams writes in the medical journal, "Neurology ," that her husband's suicide came "at the end of an intense, confusing, and relatively swift persecution" from the disease.

Classic Stage Company said Tuesday that the "Horrible Bosses" and "The Last Man on Earth" actor will play the same inspirational teacher John Keating that Robin Williams played in the hit film.

Nothing Was Off-Limits for Robin Williams’ Photographer

LOS ANGELES (AP) — Photographer Arthur Grace was on assignment for Newsweek when he met Robin Williams in 1986 at a Pittsburgh comedy club. As he traveled with Williams to various stand-up gigs, the two became friends.

In between assignments covering the Ronald Reagan White House and other news events, Grace would stay with the actor-comedian at his home and shoot family portraits and Christmas cards for him.