TOKYO (AP) — Shares were mostly higher in Asia on Tuesday, lifted by moves to reopen many regional economies from shutdowns aimed at containing the coronavirus pandemic.

BRISBANE, Australia (AP) — The ship master of a Singapore-registered vessel that spilled some of its cargo off the Australian east coast has been charged with damage of the marine environment and...

KUALA LUMPUR, Malaysia (AP) — Singapore sentenced a drug suspect to death at a court hearing held on the videoconferencing app Zoom because of the city-state's coronavirus lockdown, in a decision...

US pilot jailed in Singapore for breaking quarantine order

SINGAPORE (AP) — An American cargo pilot who admitted to “poor judgment” in breaking a quarantine order to buy medical supplies became the first foreigner imprisoned in Singapore for breaching its...

BANGKOK (AP) — Singaporeans were able to get a haircut at the barber or pop in to their favorite bakery Tuesday as the government loosened restrictions three weeks before a partial lockdown ends....

KUALA LUMPUR, Malaysia (AP) — Weeks after two of his roommates were diagnosed with COVID-19, Mohamad Arif Hassan says he's still waiting to be tested for the coronavirus. Quarantined in his room...

BANGKOK (AP) — Shares advanced in Asia early Tuesday after Wall Street shook off a weak start and ended with modest gains thanks to another solid showing from big technology companies....

Malaysia opens up partly; all foreign workers to be tested

KUALA LUMPUR, Malaysia (AP) — Malaysia's government said Monday that all foreign workers must undergo virus testing as many businesses reopen in parts of the country for the first time since a...

Asia Today: Singapore to reopen some businesses May 12

BANGKOK (AP) — Singapore will allow selected businesses to reopen on May 12 in a cautious rollback of a two-month partial lockdown despite rising coronavirus infections among foreign...

CANBERRA. Australia (AP) — Virgin Australia has become the world’s largest airline to seek bankruptcy protection in the weeks since the coronavirus shutdown created a debt crisis.

BANGKOK (AP) — India and Singapore announced their biggest single-day spikes in new coronavirus cases on Monday, as the crisis intensifies in parts of Asia.

BANGKOK (AP) — Singapore reported 942 new coronavirus cases on Saturday, a single-day high for the tiny city-state that pushed its total number of infections to 5,992, including 11...

The Latest on the coronavirus pandemic. The new coronavirus causes mild or moderate symptoms for most people. For some, especially older adults and people with existing health problems, it can...

The Latest: India PM extends lockdown two weeks to May 3

The Latest on the coronavirus pandemic. The new coronavirus causes mild or moderate symptoms for most people. For some, especially older adults and people with existing health problems, it can...

KUALA LUMPUR, Malaysia (AP) — After managing to keep on top of the first wave of coronavirus outbreaks, Singapore is grappling with an alarming rise in infections among migrant workers housed in...

The first N95 medical masks to reach the U.S. since February are arriving by plane and ship this week, with trucks standing ready to speed them to coronavirus hot spots around the...

The Latest: Japan urges against nonessential travel to US

TOKYO (AP) — The Latest on the coronavirus pandemic, which has infected more than 307,200 people and killed more than 13,000. The COVID-19 illness causes mild or moderate symptoms in most people,...

SINGAPORE (AP) — Singapore, a tiny city-state of less than 6 million people, had one of the earliest and biggest clusters of cases of the coronavirus in early February, before it began its rapid,...

VANCOUVER, British Columbia (AP) — New Zealand scored while Australia was reduced to five men Sunday to secure a 17-14 comeback win in the final of the Canada Sevens, its third title of the World...

Virus outbreak in China poses a new problem for Boeing

Boeing sold no new airline jets in January, and now the company is worried that the virus outbreak in China could hurt airplane deliveries in the first quarter.

LONDON (AP) — A middle-aged businessman from England who vacationed in the Alps has illustrated how the ease of international travel is complicating global efforts to track and contain the new...

CANBERRA, Australia (AP) — British Foreign Secretary Dominic Raab made his first overseas trip since Brexit on Thursday to faraway Australia, where he reaffirmed Britain’s desire for a free trade... 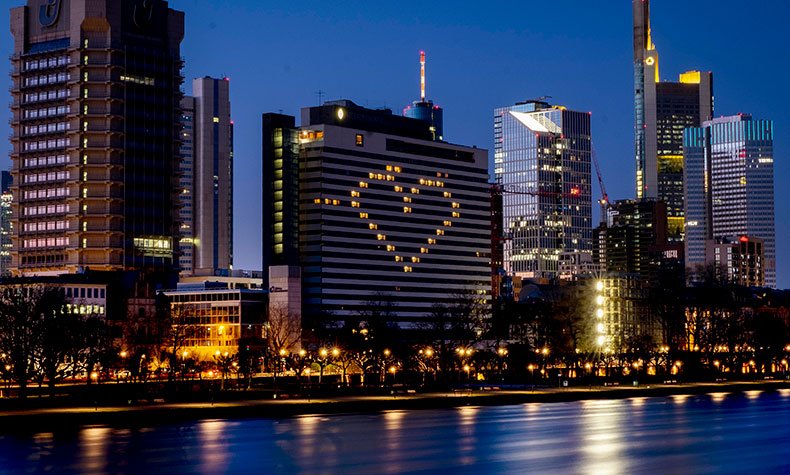 One Good Thing
Presented by:

DUBAI, United Arab Emirates (AP) — Airlines rerouted flights Friday to avoid airspace near the Strait of Hormuz after Iran shot down a U.S. military surveillance drone there and American aviation...

SINGAPORE (AP) — Airlines and countries around the world have grounded Boeing 737 Max jets or banned them from their airspace following the crash of an Ethiopian Airlines plane that killed 157...

Countries and carriers around the globe ground the 737 Max 8

SINGAPORE (AP) — A growing number of airlines around the world have grounded their Boeing 737 Max 8 jets following the crash of an Ethiopian Airlines plane that killed 157 people on Sunday, five...

AP Explains: What everyone wants at the Trump-Kim summit

HANOI, Vietnam (AP) — President Donald Trump and North Korean leader Kim Jong Un will likely be all smiles as they shake hands in Hanoi at a meeting meant to put flesh on what many critics call...

SEOUL, South Korea (AP) — As President Donald Trump seeks a nuclear deal with North Korean leader Kim Jong Un next week in Vietnam, some in Seoul are wondering if the fate of Washington's...

Asian stocks fall on risks, while US closes for Thanksgiving

SINGAPORE (AP) — Asian markets were mostly lower on Friday as traders dwelled on risks from a drawn out dispute between the U.S. and China. Wall Street was closed Thursday for Thanksgiving.

SINGAPORE (AP) — President Donald Trump wrapped up his five-hour nuclear summit with North Korean leader Kim Jong Un with surprisingly warm words and hope for "a bright new future" for Kim's isolated and impoverished nation. Yet he immediately faced pointed questions at home about whether he got little and gave away much in his push to make a deal with the young autocrat — including an agreement to halt U.S. military exercises with South Korea.

The Latest: Trump thanks Kim for taking ‘bold step’

BERLIN (AP) — While South Koreans cheered with hope and China saw an opening to discuss lifting sanctions on North Korea, some countries in Europe and the Mideast cautioned Tuesday that it was premature to judge U.S. President Donald Trump and North Korean leader Kim Jong Un's summit a success.

SINGAPORE (AP) — After all the hype, all the vows to tackle what's perhaps the world's most urgent crisis, President Donald Trump and North Korean leader Kim Jong Un fell short of the kind of deal the U.S. president himself has long said is needed to settle the North's decadeslong pursuit of nuclear weapons.

Trump and Kim shake hands in scene complex as their rivalry

SINGAPORE (AP) — Donald Trump approached from the right, striding down the long portico at the colonial-era Singapore resort. Kim Jong Un, dressed in his familiar Mao suit, emerged from the left. They met in the middle, on a red carpet, dozens of cameras recording their every move as the world watched.

What Kim’s suit, shoes and hairstyle tell us about him

Here's a closer look at the young North Korean leader's appearance during the summit in Singapore:

The Latest: US commits to ‘security guarantees’ for NKorea

SINGAPORE (AP) — The Latest on the summit between North Korean leader Kim Jong Un and President Donald Trump in Singapore (all times local):

SINGAPORE (AP) — President Donald Trump and North Korea's Kim Jong Un concluded an extraordinary nuclear summit Tuesday by signing a document in which Trump pledged "security guarantees" to the North and Kim reiterated his commitment to "complete denuclearization of the Korean Peninsula." The leaders also offered lofty promises, with the American president pledged to handle a "very dangerous problem" and Kim forecasting "major change for the world."

SINGAPORE (AP) — Just a couple of guys talking cars — while the world watches.

President Donald Trump offered North Korea leader Kim Jong Un a rare glimpse inside the presidential limousine known as "The Beast" on Tuesday as their historic summit in Singapore wound down.

After meetings and a working lunch, Trump and Kim were spotted approaching Trump's hulking black limousine, adorned with an American flag. Trump gestured to the car and then a Secret Service agent opened the right passenger door.

SINGAPORE (AP) — Stamped with images of "Eternal President" Kim Il Sung, national monuments or even ballistic missiles, coins minted in North Korea are renowned among collectors for their scarcity, partly due to international sanctions that outlaw them from being auctioned.

Now collectors in Singapore who have spent tens of thousands of dollars acquiring the coins are happy that Tuesday's summit is driving up prices and ushering first-time buyers into the market.

A look at what to expect from the Kim-Trump summit

SINGAPORE (AP) — After a sudden and welcome turn to diplomacy following last year's threats, insults and fears of war — remember "fire and fury" and "dotard"? — Donald Trump and Kim Jong Un are ready to shake hands, sit down face-to-face and ... do what exactly?

What happened in Singapore on the eve of Trump-Kim summit?

It's the summit eve in Singapore. Global anticipation of the meeting between U.S. President Donald Trump and North Korea's third-generation autocrat Kim Jong Un is close to feverish. It's the biggest, and most mind-boggling, summit of its kind this century — and probably for several decades.

PYONGYANG, North Korea (AP) — North Koreans got their first big dose of news Monday that their leader Kim Jong Un had arrived in Singapore for what even the state-run media was calling a historic meeting with U.S. President Donald Trump.

The news covered the front page of the ruling party's newspaper and was the top — and only — item on the first news broadcast of the day on Korean Central Television, which for many North Koreans is the only channel available.