PRISTINA, Kosovo (AP) — Kosovo's outgoing parliament speaker says he was questioned at a Netherlands-based court investigating crimes against ethnic Serbs during and after the country's 1998-99...

Nobel winner Handke not welcome in Sarajevo and Kosovo

SARAJEVO, Bosnia-Herzegovina (AP) — Nobel Literature Prize laureate Peter Handke was on Wednesday proclaimed persona non-grata in the Bosnian capital and in Kosovo for his apologist views toward...

PRISTINA, Kosovo (AP) — Kosovo and Albania say they will boycott the Nobel Literature Prize ceremony Tuesday to protest the award being given to Austrian writer Peter Handke who both countries...

SARAJEVO, Bosnia-Herzegovina (AP) — Bosnian war survivors, including mothers who lost husbands and sons in the Srebrenica massacre, protested Tuesday in Sarajevo, urging the Nobel Committee to...

STOCKHOLM (AP) — Nobel Prizes for literature were awarded Thursday to two writers enmeshed in Europe's social and political fault lines: a liberal Pole who has irked her country's conservative...

STOCKHOLM (AP) — The Latest on the awarding of the 2019 Nobel Prizes (all times local):

The Muslim member of Bosnia's three-person presidency has called the decision to give...

Kosovo election winner in no rush to restart Serbia talks

PODGORICA, Montenegro (AP) — Momir Bulatovic, who was the president of Montenegro during the turbulent breakup of the former Yugoslavia, died Sunday at age 62, a close associate...

PRISTINA, Kosovo (AP) — In Kosovo so far, the sword has worked better than the ploughshare.

It's exactly 20 years since NATO forces set foot in the former Yugoslav province, after an allied...

POZAREVAC, Serbia (AP) — Several dozen supporters attended the funeral Saturday of Mirjana Markovic, the widow of late Serbian strongman Slobodan Milosevic who was dubbed the "Lady Macbeth" of the...

BELGRADE, Serbia (AP) — The widow of late Serbian strongman Slobodan Milosevic, who was often dubbed Lady Macbeth of the Balkans because of the huge influence she had on her husband, died Sunday...

BELGRADE, Serbia (AP) — A Serbian court on Friday sentenced four former state security members to up to 30 years in prison for the killing two decades ago of a prominent journalist, who was a...

BELGRADE, Serbia (AP) — A Serbian appeals court has overturned a one-year prison sentence for the widow of former strongman Slobodan Milosevic and ordered a retrial. 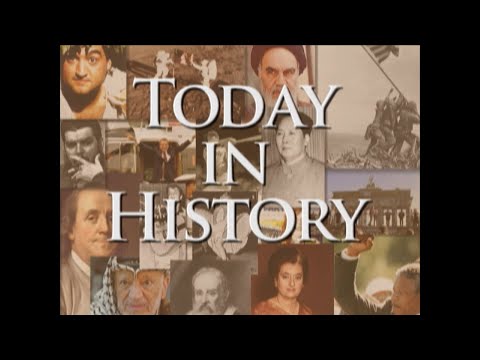 RECAK, Kosovo (AP) — Thousands gathered Tuesday in the southern Kosovo village of Recak to mark 20 years since 45 ethnic Albanians were slain by Serb forces in a mass killing that sparked international anger.

The killings were a major factor in NATO's decision to launch an air campaign to end Kosovo's 1998-99 war.

The anti-government crowd poured Saturday into central Belgrade, blowing whistles and waving banners. Similar marches also were held the past two weekends in the biggest expression recently of discontent with Vucic's rule.

BELGRADE, Serbia (AP) — A Serbian opposition alliance was holding a gathering in a southern city when a group of young men wearing dark clothes and hoodies approached one of its leaders and brutally attacked him with brass knuckles.

The thugs beat up Serbian Left party leader Borko Stefanovic, smashing his head and briefly knocking him unconscious. Two others who were with him were also seriously injured before the attackers fled the scene in a car.

BLED, Slovenia (AP) — A senior Kosovo official said on Tuesday any agreement on normalizing relations with Serbia must include the country's recognition by Belgrade and its admission to the United Nations.

Deputy Prime Minister Enver Hoxhaj said during a conference in Slovenia that a "very complex process" lies ahead in the European Union-mediated negotiations that aim to solve a long standing dispute between the former war foes.

BELGRADE, Serbia (AP) — The Serbian president's praise of Slobodan Milosevic as a "great" leader triggered outrage on Monday in neighboring states where his nationalist policies in the 1990s caused bloodshed and destruction.

Serbian lawyers go on strike to protest slaying of colleague

BELGRADE, Serbia (AP) — Lawyers in Serbia declared a weeklong strike Sunday to protest the killing of a prominent attorney who was on the legal team that defended former Serbian strongman Slobodan Milosevic at the Yugoslav war crimes tribunal.

Dragoslav Ognjanovic, 56, was gunned down late Saturday outside his home in the new part of Belgrade, the Serbian capital, police said. Ognjanovic's 26-year-old son was wounded in the arm during the shooting, police said in a statement.

BELGRADE, Serbia (AP) — Serbian police say that a prominent lawyer who was on the defense team of former strongman Slobodan Milosevic at the Yugoslav war crimes tribunal has been shot and killed.

A police statement says Dragoslav Ognjanovic was killed late Saturday outside his home in the new part of Belgrade, the Serbian capital. The statement said Ognjanovic's 26-year-old son was wounded in his right arm.

BELGRADE, Serbia (AP) — A Serbian court has sentenced the widow of former Serbian strongman Slobodan Milosevic to one year in prison, some 15 years after she fled to Russia following her late husband's ouster from power.

The Higher Court in Belgrade on Wednesday convicted Mirjana Markovic of abusing her position in 2000 when she helped allocate a state-owned apartment to her grandson's nanny.

PREKAZ, Kosovo (AP) — Hundreds of Kosovo ethnic Albanians have gathered in a western town to celebrate the Night of Fires, the launch of the armed resistance to late Serbian Slobodan Milosevic's regime 20 years ago.

GRACANICA, Kosovo (AP) — A musical about the late Serbian leader Slobodan Milosevic was staged in Kosovo on Tuesday, drawing strong emotions in the nation still reeling from a bloody war that the former strongman waged here 20 years ago.

"Lift: Slobodan Show" premiered at a packed theater in Gracanica, a Serb-populated town outside Kosovo's capital of Pristina. It was performed by a local theater group and artists from Serbia.

PODGORICA, Montenegro (AP) — The man who hurled a bomb into the U.S. Embassy compound in Montenegro's capital, and then killed himself, was an ex-soldier apparently decorated by former Serbian strongman Slobodan Milosevic after NATO's bombing of Serbia and Montenegro in 1999, authorities said Thursday.

A police official, speaking on condition of anonymity because of the ongoing investigation, said the man was 43-year-old Dalibor Jaukovic, who was identified by a close relative.

Strong emotions ahead in drama about Serbia’s Milosevic

BELGRADE, Serbia (AP) — Former Serbian strongman Slobodan Milosevic, considered the main architect of a decade of bloody wars in the Balkans, is not the first person who comes to mind when thinking about subjects for a possible musical.

And it may not even be a full musical, but a drama that mixes theatrical forms. Its author describes it as "a documentary drama with singing."

Today in History for November 23rd

Kosovo has welcomed the conviction of Serbian military chief Ratko Mladic on charges of genocide and other crimes by a United Nations court.

Kosovo's Foreign Ministry said the verdict marked an act of "international justice and satisfaction for the Bosnia war victims."

THE HAGUE, Netherlands (AP) — Two former allies of the late Serbian President Slobodan Milosevic played key roles in facilitating atrocities by notorious Serb paramilitaries in Croatia and Bosnia as Belgrade tried to carve out an ethnically homogenous "Greater Serbia" during the bloody breakup of the former Yugoslavia, a prosecutor said Tuesday as the two men's United Nations retrial began.

Today in History for May 27th

Serbian presidential candidates: how dirty can it get?

BELGRADE, Serbia (AP) — Sasa Jankovic and Vuk Jeremic differ on many things, but they agree on one: the campaign for Serbia's presidential election is the dirtiest since the votes that kept strongman Slobodan Milosevic in power in the 1990s.

"We've seen difficult times in this country and we have gone through a number of uneven elections, uneven in the sense of free and fair conditions for holding an election," Jeremic said in an interview with The Associated Press.

BELGRADE, Serbia (AP) — Lazar Stojanovic, a Serbian film director who was jailed under communism and was an anti-war activist during the 1990s, has died. He was 73.

Stojanovic's family said Saturday that he had died in Belgrade, the Serbian capital. The cause of death and funeral arrangements weren't immediately known.

The state TV reported Tuesday that Trifunovic died on Sunday in Belgrade.

Ramush Haradinaj, who is also a former guerrilla fighter, was stopped as he flew in to France from Kosovo's capital, Pristina, on Wednesday.

Kosovo's government said in a statement it is trying to resolve the matter. It said it considered Serbia's charges as "illegal, unfair and tendentious."

Today in History for November 23rd

Serbian tycoon gets 5 years in prison for tax evasion