The most dangerous celebrity online is revealed

NEW YORK (AP) — Actress Alexis Bledel has been bookish and sweet on "Gilmore Girls" and "Sisterhood of the Traveling Pants." But the actress herself is now officially...

Iconic Las Vegas wedding chapel is no longer up for sale

LAS VEGAS (AP) — The owner of a Las Vegas chapel where celebrity couples like Joe Jonas and Sophie Turner have gotten married is staying wedded to her business.

‘Game of Thrones’ is a family affair for Priyanka Chopra

Not just because of the huge gatherings she often joins to watch each episode, but because her...

Joe Jonas and Sophie Turner get married in surprise wedding

LAS VEGAS (AP) — Joe Jonas was already having a big night: reuniting with his brothers for their band's first performance at an awards show in a decade and announcing their upcoming...

"Game of Thrones" - The Final Season

Sophie Turner: ‘Dark Phoenix’ is ‘on a different level’ 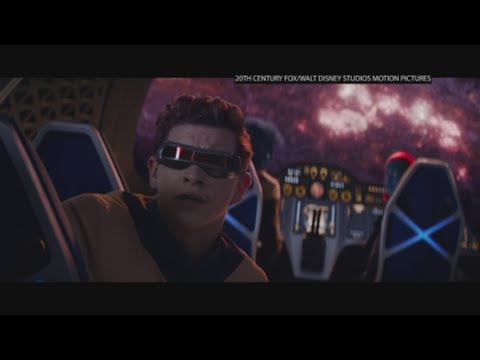 NEW YORK (AP) — Sophie Turner wore her waterproof mascara. The actress knew there would be a lot of crying.

She and the rest of the cast of "Game of Thrones" descended on Radio City Music...

Sophie Turner: ‘I love who I love’ 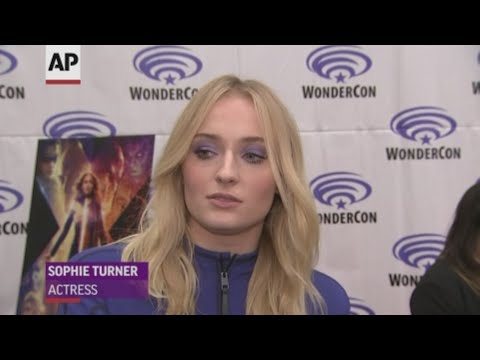 ‘Game of Thrones’ final season to debut on April 14

HBO announced Sunday night that the eighth and final season will begin on April 14. In a one minute and 44 second teaser released Sunday, Arya Stark (Maisie Williams), Sansa Stark (Sophie Turner) and Jon Snow (Kit Harington) are seen in the crypts of Winterfell.

Fans have eagerly awaited the six-episode finale of the show since Season 7 of the popular HBO show ended in August 2017.

LONDON (AP) — Former "Game of Thrones" co-stars Kit Harington and Rose Leslie married Saturday with a church service and a celebration at the bride's ancestral castle in Scotland.

Turner and Jonas shared the same photo on Instagram on Sunday of her hand sporting a diamond ring and resting on top of his. Turner noted in her caption that she "said yes."

SAN DIEGO (AP) — Sansa Stark is woke now, Alfie Allen has a cute dog and everyone got sick of answering all those questions about whether Jon Snow was dead or alive, but little else was revealed at the annual "Game of Thrones" panel at San Diego Comic-Con on Friday.

The sweet-tempered Ryan Gosling-Emma Stone romance is up for best picture, director, actor and actress at the British awards, which are considered a strong indicator of likely success at Hollywood's prize-giving next month.

PARIS (AP) — The Louis Vuitton red carpet was rolled out at the historic Place Vendome on Wednesday for a much-needed happy ending to a Paris Fashion Week marred by the multimillion-dollar heist of Kim Kardashian West's jewelry.

SAN DIEGO (AP) — Jon Snow isn't dead, but he is missing — at least from Comic-Con.

The cast of "Game of Thrones" gathered Friday at the annual fan convention, minus a few key figures including Snow actor Kit Harrington, George R. R. Martin and Emilia Clarke.

With few questions as juicy as last year's "is Jon Snow dead," the panel was mostly retrospective but...