MIAMI (AP) — A popular hip-hop music festival in South Florida isn't happening this year because of the new coronavirus.

Rolling Loud had been scheduled for May 8-11 at Hard Rock Stadium,...

MIAMI BEACH, Fla. (AP) — As gallerists and collectors descend on Miami's most prestigious art fair by day, the Hollywood crowd knows it's all about the exclusive after parties. Billy Joel, Stevie...

LOS ANGELES (AP) — A list of winners at the 2019 BET Awards, which aired live Sunday from the Microsoft Theater in Los Angeles.

With Mother's Day around the corner, Drake gave his mom an early gift with a heartfelt speech at the 2019 Billboard Music Awards, where the rap star also broke Taylor Swift's record for most...

NEW YORK (AP) — Cardi B is the leading contender at the 2019 Billboard Music Awards with 21 nominations.

NBC and dick clark productions announced Thursday the 26-year-old rapper is up for...

Authorities say some fans rushed the doors of the BOK Center Monday night after learning of the show's postponement. Video from outside the arena showed fans trying to enter despite a large marquee that read "POSTPONED."

"Oh my goodness," she said, struggling to gather herself. "Whoa, child."

Cardi B is just the fifth woman ever nominated in the category, which was created in 1995.

Lauryn Hill was part of the Fugees when the group won in 1997 for "The Score."

LOS ANGELES (AP) — Boi-1da considers himself a sidekick to some of the biggest music performers, from Drake to Rihanna, and he is now being thrust into the Grammy spotlight for his standout production work.

Review: Thank U, Next: Maroon 5′s halftime show was basic

There are a number of words you could use to describe Maroon 5's halftime show performance: Empty. Boring. Basic. Sleepy. Skippable. Unfulfilling. Unnecessary.

And those who came to help save the day didn't do their jobs: If you blinked you would have missed that Travis Scott and Big Boi performed. Even the gospel choir singer was a struggle — clearly they let the wrong one sing lead Sunday.

ATLANTA (AP) — Maroon 5 has canceled its news conference to discuss the band's Super Bowl halftime performance, choosing to not meet with reporters as most acts have done.

The NFL announced Tuesday that "the artists will let their show do the talking as they prepare to take the stage this Sunday."

NEW YORK (AP) — Some people get lots of invitations. James Blake gets the right ones.

Gladys Knight to sing national anthem at the Super Bowl

The seven-time Grammy Award-winner says she's proud to use her voice to "unite and represent our country" in her hometown of Atlanta.

The 74-year-old and the Pips were inducted into the Rock and Roll Hall of Fame in 1996. Her hits include "Midnight Train to Georgia" and "That's What Friends Are For." 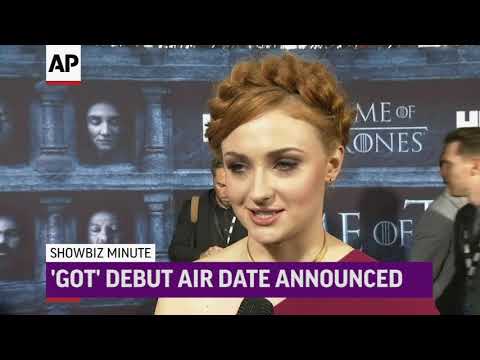 NEW YORK (AP) — The NFL on Sunday ended months of uncertainty by officially announcing Maroon 5, Big Boi and Travis Scott as the performers at this year's Super Bowl halftime show.

Maroon 5 had been the widely reported halftime show act since September, but the NFL didn't confirm the band as its headliner until Sunday. The league said Maroon 5 will be joined by Big Boi, the Atlanta-based rapper from Outkast, and Scott. 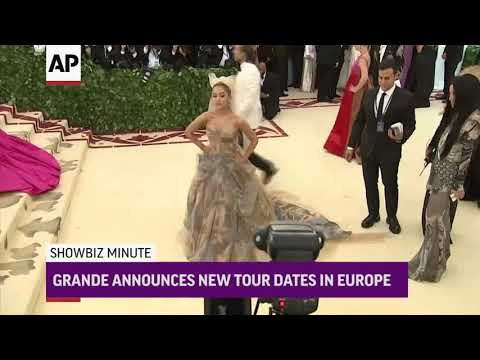 NEW YORK (AP) — Rapper Travis Scott is in talks to perform at the Super Bowl halftime in Atlanta, The Associated Press has learned.

A person familiar with the situation, who spoke on the condition of anonymity because they were not allowed to speak about the topic publicly, told The AP that Scott is close to signing on to perform at Super Bowl 53 on Feb. 3 at the Mercedes-Benz Stadium.

MURFREESBORO, Tenn. (AP) — When Drake came to Nashville's Bridgestone Arena earlier this year, there was one name the rap star couldn't stop saying on stage. He told the sold-out crowd that as soon as his tour was over, "I'm going right back to the studio with Tay Keith."

22-year-old Tay Keith, if you're unfamiliar, is a hip-hop producer. And in his field, no one's had a bigger breakout year.

MIAMI BEACH, Fla. (AP) — Royalty, Real Housewives and the fathers of two Kardashian babies were among the celebs that fanned out across Miami for a week of glamorous parties toasting the world's best artists during Art Basel.

LOS ANGELES (AP) — Drake was a dominate force on Apple Music as the platform's most-streamed artist of the year globally.

Apple released its "Best of 2018" list Tuesday that Drake's "Scorpion" was the top album, while his hit "God's Plan" was the most popular single. The rapper's song "Nice for What" came in second and "In My Feelings" at No. 4.

LOS ANGELES (AP) — Travis Scott pointed toward an image of a toothless Mac Miller as a child recognizing the late rapper as a good-spirited person whose "soul will live forever."

NEW ORLEANS (AP) — Childish Gambino has canceled his Saturday appearance at the 2018 Voodoo Music + Arts Experience in New Orleans because of a foot injury he suffered last month.

Gambino, whose real name is Donald Glover, injured his foot during a concert in Dallas.

LOS ANGELES (AP) — Quavo may be one-third of the uber-successful hip-hop group Migos, but he's also a rapper in high demand, appearing as a featured act on Top 10 hits by Post Malone, DJ Khaled, Drake and Liam Payne.

The 27-year-old star said he was collaborating with others so much that he had to turn down work so he could completely focus on his first solo album, "Quavo Huncho," released last week.

NEW YORK (AP) — Chance the Rapper, John Mayer and SZA are set to perform at a benefit concert for the late rapper Mac Miller.

Live Nation announced Tuesday that Travis Scott, Miguel and Ty Dolla $ign will also perform at the "Mac Miller: A Celebration of Life" concert on October 31 at the Greek Theater in Los Angeles.

Minaj said on her Twitter account Tuesday night that she didn't have enough time to rehearse for the upcoming "NickiHndrxx" tour in September after the release of her latest album "Queen," released Aug. 10. The rapper says she will contribute more rehearsal time toward the tour's European launch with Future in February.

There were 630,000 concurrent viewers at its peak on the live-streaming platform Wednesday.

The rapper and singer says he's been playing the popular video game for a month or two.

By The Associated PressFebruary 7, 2018 GMT

FAYETTEVILLE, Ark. (AP) — Rapper Travis Scott has pleaded guilty to disorderly conduct for an incident last year at a concert in northwestern Arkansas.

By The Associated PressFebruary 5, 2018 GMT

NEW YORK (AP) — After months of speculation that she was pregnant with her first child, Kylie Jenner has announced the birth of a baby girl.

In an Instagram post Sunday, Jenner says the baby was born Thursday. It's the first child for the 20-year-old reality TV star and 25-year-old rapper Travis Scott.

In her post, Jenner apologizes for keeping fans "in the dark through all the assumptions." She says she chose to keep her pregnancy private and "not to do in front of the world."

Keeping up the Kardashians, 2.0: A primer on the next gen

NEW YORK (AP) — They Dream. They Reign. One points North and another is a Saint.

We're talking about the Kardashians 2.0 and their numbers are rising on the regular as the reality TV and makeup mogul family of Ks and Jenners gets busy with a baby boom.