DES MOINES, Iowa (AP) — Iowa Gov. Kim Reynolds on Thursday signed a bill that will allow convicted felons to get their voting rights back only after they have paid full restitution to...

RENO, Nev. (AP) — A federal judge has put off until next month any decisions about the legality of the temporary rules for next week’s primary election in Nevada. That means any further rulings on...

RENO, Nev. (AP) — A federal judge has again rejected a conservative voting rights group’s bid to block the mail-in primary election now under way in Nevada as part of an effort to guard against...

MONTGOMERY, Ala. (AP) — Alabama’s requirement to have witnesses sign an absentee ballot is not a violation of the Voting Rights Act, the U.S. Department of Justice argued in a brief...

TALLAHASSEE, Fla. (AP) — A federal judge in Tallahassee ruled Sunday night that Florida law can't stop felons from voting because they can't pay back any legal fees and restitution they...

RALEIGH, N.C. (AP) — North Carolina has failed to change its election laws to ensure that voters can safely cast ballots during the COVID-19 pandemic, voting rights advocates claim in a federal...

Law school students to help with legal issues around virus

ANN ARBOR, Mich. (AP) — Law school students at the University of Michigan are helping local groups with legal issues related to the coronavirus.

ATLANTA (AP) — Georgia has postponed primary elections twice because of the coronavirus pandemic. Now, a voting rights advocacy group says the fact that the old election date is on absentee...

Q&A: Stacey Abrams is ready to serve but not on top court

ATLANTA (AP) — Georgia Democrat Stacey Abrams says she's ready to serve presidential candidate Joe Biden in whatever capacity he needs, as long as he doesn't want to put her on the Supreme...

TALLAHASSEE, Fla. (AP) — After hearing seven days of testimony, a federal judge on Wednesday began weighing whether Florida Gov. Ron DeSantis and other Republican lawmakers were motivated by...

US Supreme Court declines to take up Guam plebiscite case

HAGATNA, Guam (AP) — The U.S. Supreme Court announced it will not review a case that could affect the political status of Guam.

PHOENIX (AP) — Voting rights advocates called on Arizona officials Tuesday to send a ballot to every registered voter for the primary and general elections this year and take other steps to ensure...

What to watch in primary and special elections Tuesday night

As mail voting pushed, some fear loss of in-person option

By CHRISTINA A. CASSIDY and NICHOLAS RICCARDIApril 20, 2020 GMT

ATLANTA (AP) — Scrambling to address voting concerns during a pandemic, election officials across the country are eliminating polling places or scaling back opportunities for people to cast...

O'FALLON, Mo. (AP) — A lawsuit filed by civil rights groups on Friday seeks to allow all Missourians to vote absentee in upcoming elections to help reduce the risk of catching or spreading the...

Wisconsin's chaotic primary may just be the beginning. Both major parties are preparing for a monthslong, state-by-state legal fight over how citizens can safely cast their ballots should the...

Wisconsin's chaotic primary may just be the beginning. Both major parties are preparing for a monthslong, state-by-state legal fight over how citizens can safely cast their ballots should the...

MADISON, Wis. (AP) — A federal judge signaled Wednesday that he won't postpone or make any major changes to Wisconsin's presidential primary to alleviate concerns that voters and poll workers...

RIO RANCHO, N.M. (AP) — The first attempt of the historic march from Selma to Montgomery, Alabama, in 1965, led to police violence against peaceful African American demonstrators. The beatings,...

Switching remaining primaries to vote-by-mail not so easy

Voting rights groups and the head of the Democratic National Committee want the states with remaining primary elections to offer voting by mail as a way to ensure that voters can safely cast their...

ATLANTA (AP) — The state Senate on Thursday passed a bill that would make several changes to Georgia election law, including giving county election officials discretion over the number of voting...

Civil rights: The road to Bloody Sunday began 30 miles away

MARION, Ala. (AP) — Della Simpson Maynor remembers the mounted police officer cracking her elbow with a baton. She recalls the panicked marchers unable to escape the onslaught, and the scuffle...

FRANKFORT, Ky. (AP) — Gov. Andy Beshear announced a new effort to help Kentucky residents determine if they are among the nonviolent felons now qualified to vote based on an order he signed at the...

DES MOINES, Iowa (AP) — Felons would be required to repay restitution to victims before they could get their voting right restored under a bill passed Tuesday by the Iowa Senate.

ATLANTA (AP) — A bill that would give county election officials in Georgia the flexibility to decide how many voting machines they’ll need for elections that are likely to have lower turnout is...

Big Super Tuesday prizes a study in contrasts over voting

The two biggest states participating in Super Tuesday represent another story aside from what happens in the Democratic primary: Voting rights.

ATLANTA (AP) — Legislation filed Friday aims to reduce long lines at Georgia polling places on election day. It would also give county election officials flexibility to determine how many voting...

SELMA, Ala. (AP) — Democratic presidential hopefuls are coming to Selma on Sunday as part of their final push before the Super Tuesday primaries.

Senate OK’s bill to restore voting rights for some felons

FRANKFORT, Ky. (AP) — The Kentucky Senate on Thursday approved a proposed constitutional amendment to restore voting rights for some felons who have completed their sentences.

JEFFERSON CITY, Mo. (AP) — Most former felons in Missouri who were convicted of nonviolent crimes would get their voting rights back sooner under proposals pitched Monday in a state Senate...

OLYMPIA, Wash. (AP) — Voting restrictions for people with felony convictions will remain unchanged after the Washington state Senate rejected a bill that would have restored their voting rights....

DES MOINES, Iowa (AP) — An Iowa Senate committee gave its nearly unanimous support to a bill that would place certain restrictions on a proposed constitutional amendment to allow convicted felons...

WASHINGTON (AP) — President Donald Trump’s reelection campaign and the Republican National Committee announced Thursday that they will spend more than $10 million during the 2020 election cycle to...

Utah lawmakers on Wednesday recognized the 150th anniversary of Utah granting women the right to vote.

TOPEKA, Kan. (AP) — Kansas' top election official says the state needs another year to prepare before it can give voters a choice of polling places on Election Day, even though it has been nearly...

MONTGOMERY, Ala. (AP) — Bicyclists are planning a ride from the west Alabama city of Selma to Montgomery to commemorate a landmark civil rights event.

MONTGOMERY, Ala. (AP) — A federal judge on Wednesday upheld Alabama’s method of electing appellate judges by statewide vote, rejecting claims that it is racially discriminatory and ensures an...

CHICAGO (AP) — The voter registrations of nearly 800 former Illinois inmates may have been mistakenly canceled because of a “data-matching error” between state agencies, the State Board of... 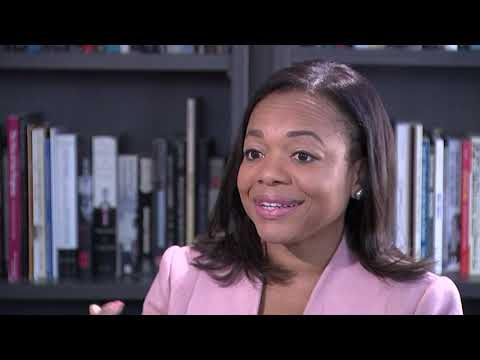 AP Was There: The assassination of Martin Luther King Jr.

MEMPHIS, Tenn. (AP) — In the spring of 1968, the Rev. Martin Luther King Jr. had won victories on desegregation and voting rights and had been planning his Poor People's Campaign when he turned his attention to Memphis, the gritty city by the Mississippi River. In his support for striking sanitation workers, King wanted to lead marches and show that nonviolent protest still worked.

But on April 4, at the city's Lorraine Motel, he would be fatally shot.