PHOENIX (AP) — The Arizona Republican Party is pressuring county officials statewide to delay certifying their election results despite no evidence of legitimate questions about the vote count that shows Democratic President-elect Joe Biden won the state.

The GOP also is seeking a court order to postpone the certification in Maricopa County — the state’s largest by population — that’s expected Thursday or Friday before a Nov. 23 deadline.

In northwestern Arizona, Mohave County officials postponed their certification until Nov. 23, while other counties press ahead.

“The party is pushing for not only the county supervisors but everyone responsible for certifying and canvassing the election to make sure that all questions are answered so that voters will have confidence in the results of the election,” said Zach Henry, a spokesman for the Arizona Republican Party.

The party has filed a legal challenge seeking a hand-count of a sampling of ballots in Maricopa County and a court order prohibiting it from certifying results until the case is decided.

“This case is about delay — not the adjudication of good faith claims,” lawyers for Democratic Secretary of State Katie Hobbs said in a court filing.

Jack Wilenchik, a lawyer representing the GOP, said at a court hearing Wednesday that the lawsuit’s purpose is to determine whether voting machines have been hacked. 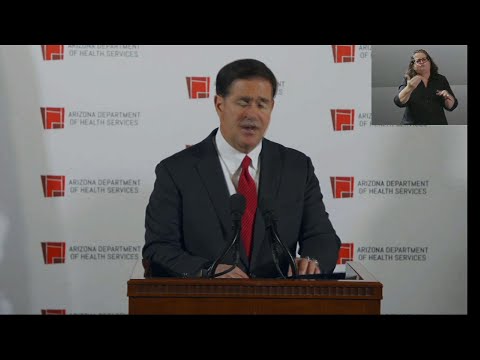 Biden won Arizona by more than 10,000 votes, and Maricopa County put him over the top. The county performed a hand-count of some ballots the weekend after the election, which showed its machine counts were 100% accurate. The same was found Wednesday during routine post-election accuracy tests on the counting machines.

Despite challenges to vote counts nationwide from Trump’s campaign and his allies, there is no evidence of widespread fraud in the 2020 election. The issues they have pointed to are typical in every election: problems with signatures, secrecy envelopes and postal marks on mail-in ballots, as well as the potential for a small number of ballots miscast or lost. With Biden leading Trump by wide margins in key battleground states, none of those issues would have any impact on the outcome of the election.

Hobbs, who oversees Arizona’s elections, said Wednesday that she and her family have been threatened with violence.

Hobbs spokesperson Sophia Solis said a threat posted on the Parler social networking site said, “Let’s burn her house down and kill her family and teach these fraudsters a lesson.”

Personal information about Hobbs, including her home address, also was posted on Parler, Solis said. A small but vocal faction of conservatives have taken to the lesser-known site because it does not moderate content posted by users as closely as mainstream tech companies like Facebook, YouTube or Twitter.

“It is well past time that they stop. Their words and actions have consequences,” Hobbs said in a statement. “Now, I am calling on other leaders in this state, including the governor whose deafening silence has contributed to the growing unrest, to stand up for the truth.”

Ducey said he believed Arizona’s election systems are among the best in the nation but would wait until any court challenges play out before agreeing that Biden won Arizona. But he said threats won’t be tolerated and state police were ordered to protect Hobbs.

The GOP’s lawsuit focuses on an audit of a sampling of ballots that is required to test the accuracy of tabulated results.

Maricopa County has already completed the audit and said no discrepancies were found.

The GOP wants the sample measured on a precinct level, rather than the audit that was conducted of new vote centers, which let people vote anywhere in the county.

Clint Hickman, a Republican who chairs the Maricopa County Board of Supervisors, said in a letter to voters Tuesday that there was no evidence of fraud, misconduct or malfunction.

“It is time to dial back the rhetoric, rumors, and false claims,” Hickman wrote.

When postponing Mohave County’s certification, members of the Board of Supervisors cited what they said was uncertainty about the fate of election challenges nationwide. But they expressed confidence in county’s election process.

“There are lawsuits all over the place on everything, and that’s part of the reason why I’m in no big hurry to canvass the election,” Supervisor Ron Gould said.