Changing jerseys to beat the 103-degree heat, the Dodgers ace with a checkered playoff history delivered a signature performance, pitching Los Angeles past the Houston Astros 3-1 Tuesday night in the World Series opener.

Boosted by Justin Turner’s tiebreaking, two-run homer in the sixth inning off Dallas Keuchel, Kershaw was in complete control against the highest-scoring team in the majors this season.

The left-hander had waited his whole career for this moment. And once he took the mound in his Series debut, he lived up every bit to the legacy of Sandy Koufax, Orel Hershiser and the greatest of Dodgers hurlers. 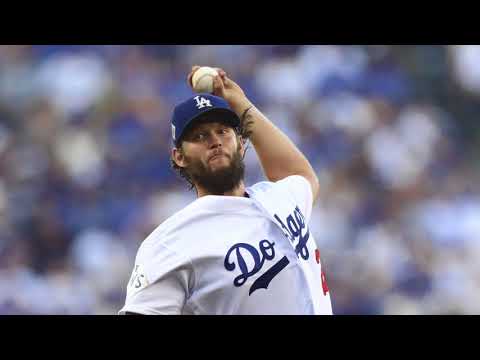 The three-time Cy Young Award winner struck out 11 , gave up just three hits and walked none over seven innings, featuring a sharp breaking ball that often left Houston batters taking awkward swings. His lone blemish was a home run by Alex Bregman in the fourth that made it 1-all.

No matter, with Koufax in the house, Kershaw did his pal proud.

“He was as good as advertised,” Keuchel said.

A sweltering, pulsating crowd at Dodger Stadium dotted with Hollywood A-listers was filled with Kershaw jerseys, and he drew loud cheers all evening.

Kershaw got one more ovation when he walked through a corridor to a postgame interview. There, fans applauded a final time.

“I felt good. It’s a tough lineup over there,” Kershaw said. “The way Keuchel was throwing it was up and down a lot, which was good. It got us into a rhythm a little bit. I think for me personally, it helped out a lot.”

Brandon Morrow worked a perfect eighth and Kenley Jansen breezed through the Astros in the ninth for a save in a combined three-hitter. The Dodgers’ dominant relievers have tossed 25 straight scoreless innings this postseason.

With both aces throwing well, the opener zipped by in 2 hours, 28 minutes — fastest in the World Series since Game 4 in 1992 between Toronto and Atlanta. Jimmy Key and the Blue Jays won that one 2-1 in 2:21.

It certainly was unusual for this postseason, when nine-inning games had been averaging 3 hours, 32 minutes — up 18 minutes from two years ago.

Chris Taylor gave the Dodgers an immediate jolt in their first Series game since 1988 when he hit a no-doubt home run on Keuchel’s very first pitch. Taylor was co-MVP of the NL Championship Series with Turner, and they both kept swinging away against the Astros.

“Just getting that momentum early is huge,” Kershaw said. “And let the crowd kind of feed off that. It was definitely as good a start as we could have hoped for.”

The loss left the Astros still without a single World Series win in their 56-season history. In their only other Series appearance, they were swept by the White Sox in 2005.

Kershaw has almost every imaginable individual accolade on his resume — five ERA titles, an MVP trophy, a no-hitter and seven All-Star selections — but also was dogged by a shaky October past.

He began this outing in the twilight with a 6-7 career playoff record and an unsightly 4.40 ERA. He improved to 3-0 in four starts this postseason.

“I don’t know if you can decipher between a postseason start and a World Series start. The adrenaline, I feel like every game is so much more magnified,” Kershaw said.

A Series opener that served as a showcase for several of the game’s best young hitters — Jose Altuve, Carlos Correa, Cody Bellinger and more — instead was dominated by Kershaw.

“Couldn’t be happier for him,” Turner said.

Facing a team that had the fewest strikeouts in the majors this year, Kershaw fanned more Houston hitters than any starter this season. And he helped the Dodgers, who led the majors with 104 wins and a $240 million payroll, improve to 8-1 this postseason.

It was 1-all when Taylor drew a two-out walk in the sixth. Turner followed with his drive off the bearded Keuchel .

“Keuchel was really good tonight. He was just a pitch or two less than Kershaw,” Hinch said.

While it was sticky, the conditions didn’t seem to affect either side.

Kershaw, as always, wore his bright blue Dodgers jacket walking to the bullpen to get ready.

“It was hot warming up. But once the game started, the sun went down, it didn’t feel that hot,” Kershaw said.

There is no reliable record for the hottest temperature at a World Series game. But weather data indicates this might’ve been the steamiest ever.

Notorious for late arrivals, Dodger fans showed up early and the seats in the shaded sections filled up fast. Keeping with the theme, the stadium organist played 1960s hits “Heat Wave” and “Summer in the City” as Houston warmed up.

When Vin Scully’s familiar recorded call of “It’s Time for Dodger Baseball” boomed over the PA system, the crowd really let loose, with the entire ballpark standing and chanting for the pregame introductions.

Scully drew a huge ovation when he was later shown on the video board, sitting in a box. Several players clapped along for the Hall of Fame broadcaster, who’s nearly 90 and spent 67 seasons calling Dodgers games.

Dustin Hoffman, Jerry Seinfeld and Lady Gaga were among the many celebs in the crowd of 54,253, along with Dodgers great Tom Lasorda and part-owner Magic Johnson.