SHANGHAI (AP) — The Sackler family’s opioid empire in the United States is collapsing under an avalanche of litigation over marketing tactics. Their Purdue Pharma company is in bankruptcy, but the family continues to profit from sales of their signature painkiller OxyContin abroad. Sales reps at their international affiliate, Mundipharma, have been chasing profits in China using many of the same tactics that Purdue was forced to abandon in the U.S. as the death toll from opioid overdoses soared, interviews and documents obtained by the AP show.

Here are key findings from those documents and interviews.

— Purdue and its executives paid a historic $635 million in legal penalties in the U.S. for misrepresenting OxyContin as less addictive than other opioids and pledged never to do it again. That didn’t stop Mundipharma sales reps from making the same pitch to doctors in China more than a decade later.

— Faced with fast-rising sales targets, OxyContin reps in China sometimes disguised themselves as medical staff, putting on white coats and lying about their identity to visit patients in the hospital. 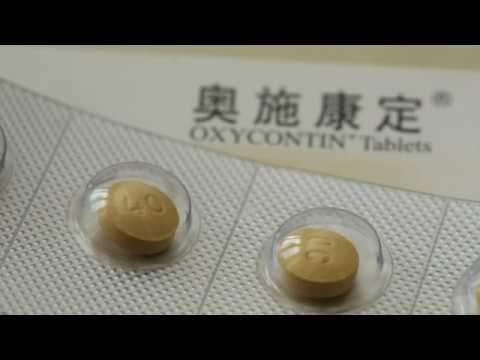 — Mundipharma aggressively pushed high doses of opioids in China, despite warnings that higher doses carry higher risks of overdose and death. The year after the U.S. Centers for Disease Control said that taking even 33mg of OxyContin a day at least doubles the risk of overdose, Mundipharma ran a campaign to promote sales of 40mg pills in China.