WASHINGTON (AP) — The Latest on President Donald Trump and the House impeachment resolution (all times local):

Democrats have swept a rules package for their impeachment probe of President Donald Trump through a divided House, as the chamber’s first vote on the investigation highlighted the partisan breach the issue has only deepened.

By 232-196, lawmakers have approved the procedures they’ll follow as weeks of closed-door interviews with witnesses evolve into public committee hearings and — almost certainly — votes on whether the House should recommend Trump’s removal.

All voting Republicans opposed the package. Every voting Democrat but two supported it.

Trump tweeted, “Now is the time for Republicans to stand together and defend the leader of their party against these smears.”

House Minority Leader Kevin McCarthy says Democrats are abusing their power and discrediting democracy by “trying to impeach the president because they are scared they can’t defeat him at the ballot box.”

The California Republican is speaking out against a package of impeachment rules approved Thursday.

McCarthy says that ever since Donald Trump’s election, Democrats have waged a “permanent campaign to undermine his legitimacy. They have predetermined the president’s guilt. They have never accepted the voters’ choice to make him president. So, for 37 days and counting, they have run an unprecedented, undemocratic and unfair investigation. This resolution only makes it worse.” 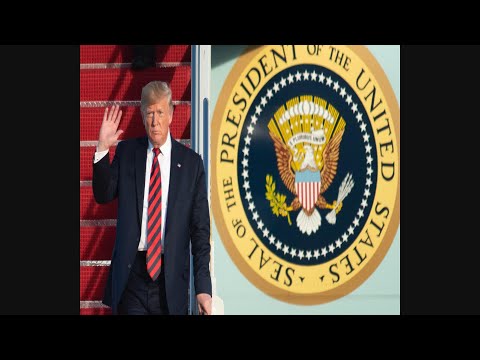 McCarthy says Democrats are “using secret interviews and selective leaks” to portray Trump’s legitimate actions as an impeachable offense. He is referring to the closed-door hearings in the House as Democrats gather evidence in the impeachment inquiry.

Ivanka Trump is quoting a letter from Thomas Jefferson to his daughter following the House near party-line vote approving rules for its impeachment inquiry into her father.

Ivanka Trump tweets “Some things never change, dad!” after quoting a portion of the Jefferson letter that talks about being surrounded by enemies and spies “catching and perverting every word that falls from my lips or flows from my pen, and inventing where facts fail them.”

Ivanka Trump has generally avoided weighing in on the impeachment probe. The probe is focused on the president’s effort to have Ukraine investigate Democrats and a potential 2020 rival, Joe Biden, while the administration was withholding military aid to the Eastern European ally.

It’s illegal to seek or receive foreign help in U.S. elections. Trump says he did nothing wrong.

The White House says the House vote approving rules for its impeachment inquiry has enshrined “unacceptable violations of due process into House rules.”

Press secretary Stephanie Grisham says in a statement moments after the House vote that the process “is unfair, unconstitutional, and fundamentally un-American.”

Thursday’s near party-line 232-196 vote was a victory for Democrats, who will control the investigation in the House. It gives them the ability to curb the ability of Republicans to subpoena witnesses and of White House lawyers to present witnesses.

Grisham says President Donald Trump “has done nothing wrong” and that Democrats have an “unhinged obsession” with impeachment. Her statement was echoed by Trump’s reelection campaign which accused Democrats of trying to legitimize their process after the fact.

Campaign manager Brad Parscale says: “Voters will punish Democrats who support this farce and President Trump will be easily re-elected.”

A sharply divided House has approved the rules for its impeachment inquiry of President Donald Trump.

Thursday’s near party-line 232-196 roll call was the chamber’s first formal vote on a process that’s likely to take months, possibly stretching into the early weeks of the 2020 election year.

Underscoring the gravity of the vote, House Speaker Nancy Pelosi presided over the chamber as it voted on the rules package.

The vote was a victory for majority Democrats, who will control the investigation in the House. It gives them the ability to curb the ability of Republicans to subpoena witnesses and of White House lawyers to present witnesses.

Republicans said the process was skewed against them and the White House.

The vote showed how neither side has budged in their fight over whether Trump’s effort to squeeze Ukraine for dirt on his Democratic political foes merits forcing him from office.

House Speaker Nancy Pelosi says a vote to approve ground rules for their impeachment inquiry of President Donald Trump is a solemn but necessary duty for lawmakers.

In a floor speech before Thursday’s vote, Pelosi said, “This is not any cause for any glee or comfort.”

Standing next to a large U.S. flag in the well of the House, Pelosi said the impeachment inquiry was necessary to defend the Constitution and prevent an abuse of power by Trump.

“The times have found each and every one of us in this room,” Pelosi said. She urged lawmakers to vote in favor of the impeachment rules “to protect the Constitution of the United States. What is at stake in all of this is nothing less than our democracy.”

The investigation is focused on Trump’s efforts to push Ukraine to investigate his Democratic political opponents by withholding military aid and an Oval Office meeting craved by the country’s new president.

Speaker Nancy Pelosi is asking all Democratic lawmakers to come to the House floor as a show of solidarity for the impeachment inquiry resolution.

The House is set to take its first vote Thursday on the resolution that affirms the investigation into President Donald Trump and outlines the process for public hearings and possibly drafting articles of impeachment.

Pelosi sent out word for lawmakers to join the floor debate as proceedings were getting underway, according to a person familiar with the situation and granted anonymity to discuss it.

Few Democrats are expected to oppose the plan in a vote that is expected to fall largely along party lines.

House Democrats and Republicans alike are rounding up votes on the ground rules for considering the impeachment of President Donald Trump.

A near party-line vote is expected Thursday on the eight pages of procedures, which are certain to be passed in the Democratic-controlled House. While Republicans say the process has been secretive and tilted against them, Democrats counter that their plan follows impeachment efforts in the past.

The investigation is focused on Trump’s efforts to push Ukraine to investigate his Democratic political opponents by withholding military aid and an Oval Office meeting craved by the country’s new president.

It is likely to take weeks or more before House lawmakers vote on whether to impeach Trump. If they do impeach, the Senate would decide whether to remove Trump from office.