WASHINGTON (AP) — The Supreme Court unanimously struck down the 35-foot protest-free zone outside abortion clinics in Massachusetts Thursday, declaring it an unconstitutional restraint on the free-speech rights of protesters.

Authorities have less intrusive ways to deal with potential confrontations or other problems that can arise outside clinics, Chief Justice John Roberts wrote. Roberts noted that most of the problems reported by police and the clinics in Massachusetts occurred outside a single Planned Parenthood facility in Boston, and only on Saturdays when the largest crowds typically gather.

“For a problem shown to arise only once a week in one city at one clinic, creating 35-foot buffer zones at every clinic across the Commonwealth is hardly a narrowly tailored solution,” Roberts said. He wrote the majority opinion after asking no questions — exceedingly rare for him — at the argument in January.

Roberts noted that no other state has a similar law and that he is aware of only five cities that have created fixed buffer zones around abortion clinics: Burlington, Vermont; Pittsburgh; Portland, Maine, and San Francisco and Santa Barbara in California.

The ruling also left intact a high court decision from 2000 that upheld a floating buffer zone in Colorado. 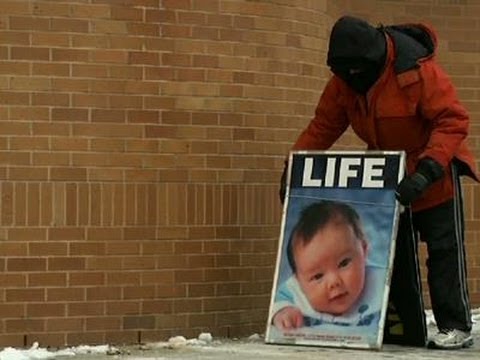 While the court was unanimous in the overall outcome, Roberts joined with the four liberal justices to strike down the buffer zone on narrower grounds than the other, more conservative justices wanted.

In a separate opinion, Justice Antonin Scalia criticized Roberts’ opinion as carrying forward “this court’s practice of giving abortion-rights advocates a pass when it comes to suppressing the free-speech rights of their opponents.”

Scalia said state and local governments around the country would continue to be able to “restrict antiabortion speech without fear of rigorous constitutional review.” Joined by Justices Anthony Kennedy and Clarence Thomas, Scalia dissented from the Colorado decision and said Thursday he would have overturned it.

“This decision shows a troubling level of disregard for American women, who should be able to make carefully considered, private medical decisions without running a gantlet of harassing and threatening protesters,” said Cecile Richards, president of Planned Parenthood Federation of America.

Nearing the end of its 2013-14 term, the court decided another potentially significant case Thursday, ruling that temporary, recess appointments made by President Barack Obama to the National Labor Relations Board in 2012 were illegal because the Senate was not, in fact, in recess when Obama acted. In that case as well, the court was unanimous about the outcome but divided over the reasoning.

The justices will meet one last time on Monday to hand down decisions in cases involving the Obama health law requirement that employers cover women’s contraception in their employee health plans and the ability of unions representing government employees to collect fees from workers who don’t wish to join the union..

Reaction to the buffer-zone ruling was predictably mixed.

Mark Rienzi, who represented the protesters, said, “The government cannot reserve its public sidewalks for Planned Parenthood, as if their message is the only one women should be allowed to hear. Today’s decision confirms that the First Amendment is for everyone, and that the government cannot silence peaceful speakers.”

Massachusetts officials who backed the buffer zone said they would try to re-craft the law to address the high court’s concerns.

“The fight is just beginning again,” said state Attorney General Martha Coakley, whose office had argued before the justices.

Roberts suggested that Massachusetts could enact a state version of the federal law that prohibits people from blocking abortion clinic entrances.

The buffer-zone case began when Boston-area grandmother Eleanor McCullen and other abortion opponents sued over the limits on their activities at Planned Parenthood health centers in Boston, Springfield and Worcester. At the latter two sites, the protesters say they have little chance of reaching patients arriving by car because they must stay 35 feet not from the clinic entrances but from the driveway to those buildings’ parking lots. Patients enter the building through the parking lots, which are private property.

The organization said that the buffer zone has significantly reduced the harassment of patients and clinic employees. Before the 35-foot zone went into effect in 2007, protesters had been able to stand next to the entrances and force patients to squeeze by, Planned Parenthood said.

Before 2007, a floating buffer zone kept protesters from approaching unwilling listeners any closer than 6 feet if they were within 18 feet of the clinic. The floating zone was modeled after a Colorado law that the Supreme Court has upheld. That decision was not called into question in Thursday’s ruling.

Clinic officials said they are most concerned about safety because of past incidents of violence. In 1994, a gunman killed two receptionists and wounded five employees and volunteers at a Planned Parenthood facility and another abortion clinic in nearby Brookline. The most recent killing was in 2009, when Dr. George Tiller, who performed abortions, was shot in a church in Wichita, Kansas.

Abortion protesters said that other state and federal laws already protect health center workers and patients, as well as access to clinics.