10 ads to watch for on Super Bowl Sunday

NEW YORK (AP) — This year’s Super Bowl won’t be a politics-free zone, as both President Donald Trump and Democratic presidential candidate Michael Bloomberg will air campaign ads during the game.

But most other advertisers will offer escape from impeachment and the upcoming presidential election by stuffing multiple celebrities in their ads, appropriating iconic songs, going for inoffensive humor, and trying to tug at people’s heartstrings.

Here are 10 ads to watch for during Sunday’s game in Miami:

Amazon’s ad stars Ellen DeGeneres and her wife, actress Portia de Rossi, imagining life before the company’s voice assistant Alexa. A maid named Alexa throws some burning firewood out a window when she is asked to turn the temperature down; an Old West pioneer asks his companion Al to “play that song I like.” In one of the few political allusions of the night, a newsboy says his newspaper has “fake news” and a character resembling Richard Nixon asks his secretary to remind him to delete his tapes (although she tells the camera she won’t do it).

Arya can sing as well as stab, it turns out. “Game of Thrones” actress Maisie Williams belts out the hit song “Let it Go” from “Frozen” as she promotes Audi’s e-tron family of electric vehicles. The ad airs in the fourth quarter.

The Anheuser-Busch brand enlisted Oscar-winning director Kathryn Bigelow for a 60-second ad that contrasts a voiceover of “typical American” behavior with real-life video of Americans doing heartwarming things. For instance, the narration says typical Americans are “always so competitive” while the ad shows Hannah Gavios, who is partially paralyzed, completing a marathon.

The MC Hammer classic “U Can’t Touch This” is 30 years old this year, but that’s not keeping Cheetos from embracing it. The snack-food ad features a man with bright orange Cheetos dust on his hands who can’t stop moving furniture or performing office tasks. Hammer himself — “Hammer pants” and all — also keeps popping up to utter his iconic catchphrase. 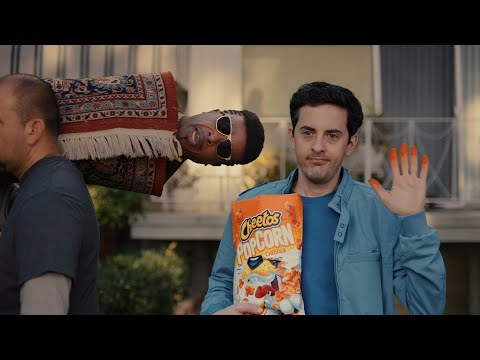 Cheetos brings back "U Can't Touch This"

The snack chip is betting people will connect with “Old Town Road,” the smash hit of the summer by Lil Nas X. In the Western-themed ad, Lil Nas has a dance off with grizzled character actor Sam Elliott. Billy Cyrus, who features in the song’s remix, also makes a cameo.

Doritos' ad features a dance off.

The social media site hasn’t unveiled its first-ever Super Bowl ad but it will star Rocky himself, Sylvester Stallone, with comedian Chris Rock to promote the site’s Groups feature. The 60-second ad airs late in the game during the fourth quarter.

Google’s 90-second ad is one of the few ads this year that doesn’t use humor or celebrities. It features a man reminiscing about his wife, using the Google Assistant feature to pull up old photos of her and past vacations. The ad is set to an instrumental version of “Say Something” by Great Big World.

Google's ad tugs at the heartstrings.

Wrestler-turned-actor John Cena tries to convince Tonight Show host Jimmy Fallon that there’s a “lighter side” to working out, with cameos by Tonight show band The Roots and Olympic sprinter Usain Bolt. The ad ultimately hawks Michelob Ultra, which Anheuser-Busch promotes as a lower calorie beer. 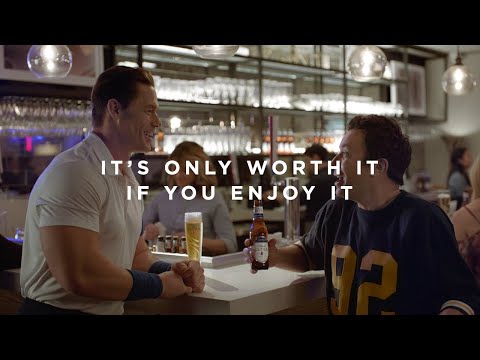 Pepsi tries to reignite the Cola Wars with Missy Elliott and H.E.R. performing an updated version of the Rolling Stones’ classic tune “Paint It Black.” As singers intone the lyrics “I see a red door and I want it painted black,” a red cola can resembling a Coke changes into a black can of Pepsi.

This story has been corrected to change when Audi and Hyundai ads will run and to say David Ortiz was a Red Sox player, not manager.