Devastated after her graduate recital was canceled due to coronavirus concerns, Brooke Mead nearly gave up. Faced with recording the concert alone, at home, the 23-year-old viola student stopped practicing altogether.

But then, the music took an amazing turn.

After seeking out advice in an online question-and-answer session with the Philadelphia Orchestra, she was invited to perform her recital on the renowned body’s live webcast as the lead-in to a rebroadcast of one of its performances.

That allowed her to reach hundreds of classical music fans around the world who otherwise wouldn’t have gotten to hear her play, had her performance gone on as originally planned at Temple University’s Philadelphia campus.

“It’s been a bit of a roller coaster emotionally, just thinking about going from a packed hall to no hall, to having possibly to record yourself, to then having this virtual audience,” Mead said.

In the online session, Mead asked the orchestra’s assistant principal cellist, Yumi Kendall, how she should deal with her disappointment. Mead had done intern-level work for the orchestra from September to March, and Kendall recognized her name.

“Instinctively I just raised my hand,” Kendall said. “I was like, ’Oh, OK. I’ll be there. You have an audience of at least one and I’ll definitely be there.” 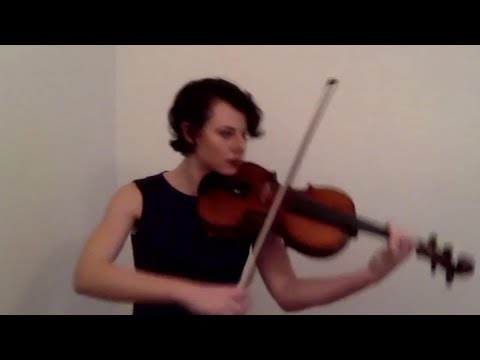 People watching the discussion chimed in: They wanted to be a part of Mead’s audience, too. The orchestra’s president and CEO, Matias Tarnopolsky, decided then and there to incorporate Mead’s recital into the organization’s online platform.

Mead felt re-energized. Her apartment became her stage. Her in-person audience was limited to just roommates and a dog (the cats were too noisy to let into the room where she performed).

Mead and Kendall, who served as master of ceremonies for the online recital, ran through the program ahead of time to work out logistical kinks. The live show -- pieces by German composers Johann Sebastian Bach and Jean Paul Hindemith, and American folk musician Jay Ungar’s “Ashokan Farewell” -- went off without a hitch.

When the university canceled gatherings in mid-March, spurred by widespread social distancing measures, Mead didn’t really think she was entitled to be disappointed.

Coronavirus was killing people, among them her boyfriend’s percussion instructor, longtime Philadelphia Orchestra musician Alan Abel, who died the day after her performance at age 91. Doctors and nurses were risking their health to save others. And here she was, mourning the loss of a concert.

But music has been Mead’s life. She fell in love with it around age 2, when her college professor mother took her to children’s music classes on her campus in Lancaster, Pennsylvania. She started playing the viola in third grade.

Now, as she looks to a career as an orchestra performer or administrator, she has a memento to inspire her: a printout to remind her of all the wonderful feedback she received during her recital, virtual cheers and scores of emojis — clapping hands, smiling faces and lots of fire.

“I get to read the real-time reactions to my performance for the rest of my life,” Mead said.