SACRAMENTO, Calif. (AP) — After state officials signaled an intention to close all California beaches, Gov. Gavin Newsom on Thursday chose instead to shutter only Orange County’s coastline, a clumsy rollout that left local officials livid and had Republicans claiming politics was at play.

Newsom has engendered strong bipartisan support for most of his actions during the virus outbreak. But more recently, some of the more rural and GOP-leaning areas of the state have begun chafing against what they see as an overly cautious move toward reopening California.

The divisions were laid bare by the beach announcement.

The California Republican Party accused Newsom of backpedaling. The Orange County GOP, desperate to regain ground lost to Democrats in what was once a Republican stronghold, accused him of “targeted harassment” and “petty politics.”

Newsom, a Democrat, said he was only reinforcing his vow to make sure California doesn’t backslide on its progress against the virus by allowing crowds to gather on beaches as they did during the weekend in Orange County.

Still, his administration sowed confusion with its handling of the issue. 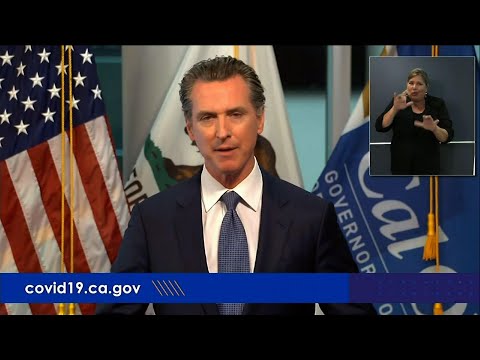 On Wednesday, administration officials spread the word to police and other local officials that the governor planned to order all beaches closed starting Friday. That evening the state police chiefs association sent a bulletin to its members alerting them so they would have time to plan for it.

However, a senior administration official who was not authorized to publicly discuss internal deliberations told The Associated Press that Newsom’s final decision wasn’t made until Thursday morning.

At his daily noontime briefing where he announced the closing, Newsom said he never saw the memo sent by the police chiefs organization, which later issued a statement expressing regret for sending out “information regarding decisions that were still evolving.”

But San Diego Mayor Kevin Faulconer said his office was told by an official in Newsom’s Natural Resources Agency on Wednesday that the governor would be closing all beaches.

Faulconer, a Republican, told the AP he spent Thursday morning pleading with the Newsom administration to reconsider. Minutes before the scheduled announcement, Faulconer said an aide to Newsom called his chief of staff to say the order would only apply to Orange County.

Newsom’s hands-on management style has been on display during the virus crisis. He is deeply involved in decisions big and small. Officials within the administration rarely speak out of turn, knowing Newsom wants major announcements to come only from his office.

Newsom has said local governments need his approval to alter their stay-at-home orders. Six rural Northern California counties recently sent him a letter saying they are ready to reopen more quickly than other parts of the state because the virus hasn’t been prevalent there. He has demurred, and they have not moved ahead with their plans.

That action would violate Newsom’s stay-at-home order. It was unclear what he would do if that happens.

Modoc is far removed from the beaches that are an integral part of California coastal life. Access to them has been one of many hot-button topics as Newsom and local governments crafted and refined stay-at-home orders.

Los Angeles County and its communities have chosen to close all beaches. San Diego County reopened beaches Monday with restrictions stipulating they only be used for surfing, swimming, kayaking, paddle boarding, running and walking. People aren’t allowed to sunbathe, sit or even stop.

Orange County, located between those counties, is home to more than 3 million people and some of California’s signature beaches. Huntington Beach proudly declares itself “Surf City, USA.”

Newsom’s order prompted anger from local officials, who said the vast majority of beach-goers act responsibly and are being punished unfairly.

“There is no rational basis for this action,” said Michelle Steel, chairwoman of the Orange County Board of Supervisors and a GOP candidate for Congress. “The major point of contention that has led to this situation are a few misleading pictures.”

Her opponent in the House race, freshman Democrat Rep. Harley Rouda, was gentler with his criticism.

“We need to develop a common-sense plan that prioritizes local residents’ physical and mental health — not indefinitely shut-down our beaches,” Rouda said.

Newsom said his order is “not an indictment of the people that wanted to go to the beach,” saying he is “passionate about your right and our collective responsibility not only to give you access but to keep you safe.”

“My job as governor is to keep you safe. When our health folks tell me they can’t promise that if we promote another weekend like we had, then I have to make this adjustment,” he said. “I hope it’s a very short-term adjustment.”

“Why would (Newsom) allow people to go to 200 parks? What makes a beach different?” he said. “Governor Newsom, would you please trust your citizens?”

Newsom said California saw a 5.2% increase of coronavirus cases in the past 24 hours, offering a reminder that “this disease has not gone away.”

California has more than 49,000 cases and more than 2,000 deaths, according to data compiled by Johns Hopkins University. The number of infections is thought to be far higher because many people have not been tested.