Arizona Gov. Doug Ducey is praising Sen. Martha McSally for revealing that a superior officer raped her when she was in the U.S. Air Force.

Ducey on Thursday used Twitter to thank McSally “for coming forward and speaking out.”

He says her disclosure Wednesday during a congressional hearing in Washington “took an amazing of courage and bravery.”

Ducey told McSally that “Arizona is with you.”

The U.S. Air Force has apologized to Sen. Martha McSally after the Arizona Republican revealed that a superior officer raped her when she was in the service.

McSally spoke about her experience Wednesday during a Senate hearing on the military’s efforts to prevent sexual assaults and improve the response when they occur. An Air Force Academy graduate, she was the first female Air Force fighter pilot to fly in combat and served for 26 years.

McSally said she didn’t report the sexual assault because she didn’t trust the system. 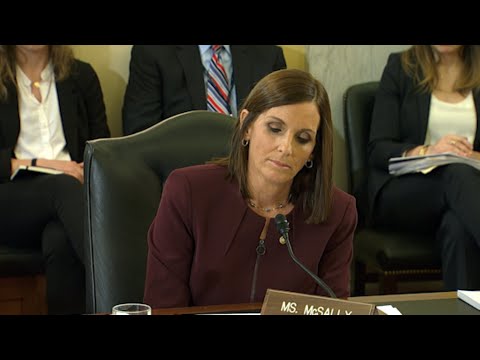 An Air Force spokeswoman, Capt. Carrie Volpe, said the Air Force is appalled by what happened to McSally and “deeply sorry.” Volpe said the actions McSally described are criminal and violate ever part of what it means to be an Airman.