WASHINGTON (AP) — Lawmakers on Wednesday grilled a State Department official over President Donald Trump’s decision to sell arms to Saudi Arabia without congressional review, with the top Democrat on the House panel describing the move as a “slap in the face” and Republicans also voicing objections.

Using a loophole in the Arms Export Control Act, the Trump administration sidestepped Congress to authorize the sale of $8.1 billion in arms to Saudi Arabia and the United Arab Emirates.

House Foreign Affairs Committee Chairman Eliot Engel, D-N.Y., accused the Trump administration of pointing to threats from Iran as a “convenient excuse” to push through the deal. The top Republican on the panel, Michael McCaul of Texas, said “the recent use of this emergency authority in my judgment was unfortunate” and warned, “we certainly hope this is a one-time exception.”

R. Clark Cooper, assistant secretary of state for political-military affairs, defended the sale, saying it was necessary to protect U.S. allies. He insisted that Secretary of State Pompeo remains committed to working with Congress.

The hearing on the arms sales prompted the latest display of anger in Congress over Trump’s foreign policy and his administration’s close ties to Saudi Arabia. Concern over U.S.-Saudi policy has been building for some time, in part due to the heavy civilian casualties from the Saudi-led war in Yemen. The anger reached a new level last year after the killing of U.S.-based columnist Jamal Khashoggi. 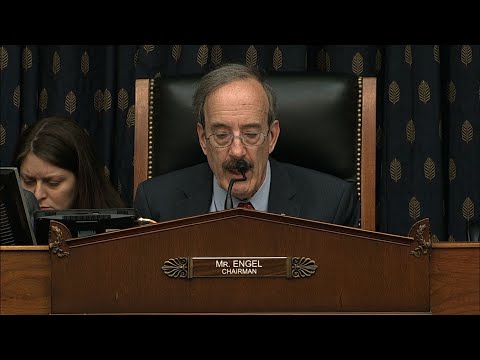 Lawmakers had previously put portions of the arms sale on hold over concerns with Saudi Arabia’s human rights record, and some are mounting an effort to thwart Trump’s move. In the Senate, a bipartisan group of lawmakers has introduced more than a dozen resolutions to block the sales, but it remains to be seen whether they can pass Congress and then overcome a likely Trump veto.

As they questioned Cooper on Wednesday, lawmakers sought more details on the discussions leading up to the emergency declaration and the individuals who were involved. Pompeo declared the emergency just days after he delivered classified briefings to the full House and Senate, where he made no mention of the arms sale.

“I want to know whether or not Congress was kept in the dark,” said Democratic Rep. Colin Allred of Texas. “It seems like ... an attempt just basically to circumvent Congress because we did not agree with the decision to sell these arms to Saudi Arabia.”

Cooper said the decision-making process “developed with the threat streams,” but Pompeo has always known that the emergency declaration was an item in his “toolkit.”

Republican Rep. Ted Yoho of Florida also voiced frustration with Trump’s decision to bypass Congress, saying the consequences of such a move “take a long time to go back and correct.” Yoho also requested a follow-up classified briefing. “I think the best thing that the administration could do is work to get all of us on board,” he said.

Lawmakers pressed Cooper on who was involved in the decision over the sale, and whether Trump’s son-in-law and senior adviser, Jared Kushner, was among them. That line of questioning prompted a number of sharp exchanges.

“You’re dismissing us!” Rep. William Keating D-Mass., told Cooper in exasperation during a line of questioning about Kushner’s role. Cooper said Kushner was not involved in the emergency declaration, but said “there are a number of lines of communication with our partners.”

Cooper told lawmakers the State Department values Congress’ role in the arms transfer process and pledged that Pompeo intends for the emergency declaration to be “a one-time event.”

“This is gaslighting,” said Democratic Rep. David Cicilline of Rhode Island. “You’re claiming that your ignoring this provision is your way of affirming the role Congress plays. That’s an absurdity!”