LOS ANGELES (AP) — Hannah Gadsby says she knows it’s meant as a compliment to be chosen as one of the year’s Breakthrough Entertainers by The Associated Press. But, as with many things, the Australian stand-up comic and actress sees the honor from a variety of perspectives.

“Like, what happens after ‘breakthrough’?” Gadsby asked. “Like, I could be a one-hit wonder or I go on to being a deserved star?” She notes: “I think I was doing really well before all this craziness around ‘Nanette.’”

“Nanette” is the 40-year-old Gadsby’s latest stage show, which debuted in 2017, and enjoyed critical and commercial successes during its runs throughout Australia, at the Edinburgh Festival Fringe, in New York and Montreal.

But it wasn’t until late June that the “craziness” began. That’s when Netflix released a filmed version of the show, and Gadsby went from known Down Under to global phenomenon.

Many critics were blown away by the way Gadsby seamlessly segued from hilarity to humanity - quickly getting deep and dark about some harrowing experiences as a lesbian and as a woman.

And while “Nanette” was written before the start of the #MeToo movement, Gadsby apparently felt it coming. In “Nanette,” she takes direct aim at straight white males and sexual abuse. 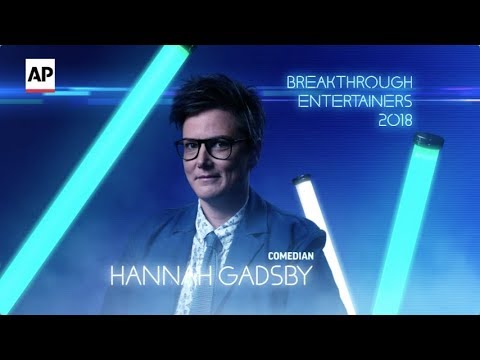 What Gadsby didn’t expect was that so many would get her. Since 2006, she’d made a name, and a living, as a stand-up comic and actress in Australia and New Zealand. And while she started building a primarily gay international following in 2015, she’s never experienced what happened after “Nanette” — everything from rave reviews in The New York Times to fan letters from India.

In fact, Gadsby said she expected just the opposite: that her candor in “Nanette” would divide, not conquer, audiences.

“What the magical thing was, what I realized, was, ‘Oh, a lot of people are thinking this.’ And what I thought was making me a marginalized figure — you know, sort of a niche human — actually, by being completely truthful about it, has given me the unexpected realization that I’m not at all.”

In “Nanette,” Gadsby says she’s giving up stand-up comedy. But, with the success of the stand-up special, she’s now reconsidered that, noting future shows will be something closer to performance art.

Just about the only thing that’s certain: Gadsby won’t be going Hollywood, at least for now. She said that world “would require a substantial erosion of independent thought.”

So, what is next?

“Oh, the phone has been ringing,” she said, with a grin. “But I’m slow. I’m a slow person. So, I need to make my decisions slowly. They say that ‘slow and steady wins the race.’ But I’m more like the tortoise, but with the hare’s game plan. So, I’m moving as slowly as a tortoise, but napping like the hare.”