OLYMPIA, Wash. (AP) — Family members of residents of a suburban Seattle nursing home where nine people have died from the coronavirus condemned the treatment of their loved ones Thursday as Washington state authorities reported dozens more cases and an additional death.

Authorities said there were at least 70 confirmed COVID-19 virus cases, up from 39 on Wednesday. All but one — in Grant County in eastern Washington — are from the Seattle area. And King County officials confirmed another death — a woman in her 90s — bringing the total in the state to 11.

The county, which is dealing with the worst COVID-19 outbreak in the United States, announced this week that it is buying a motel to quarantine coronavirus patients.

Relatives of residents at a Kirkland nursing home where nine have died from the virus held an emotional news conference outside Life Care Center. They said the facility has been overwhelmed and the government needs to do more, demanding an audience with Inslee and Pence. 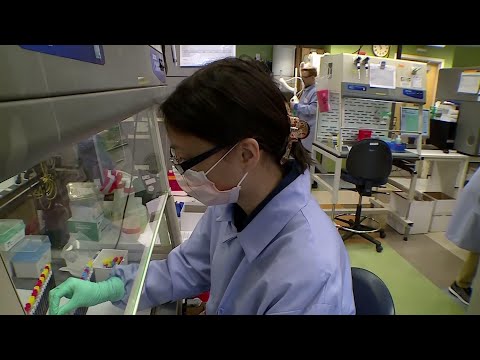 “We’ve been complaining for days about the lack of information we have received,” said Kevin Connolly, whose father-in-law lives at the nursing home. “If adequate controls cannot be put in place, we want our loved ones moved to a safe location immediately.”

The families still don’t know when their relatives will be tested for the coronavirus or what will happen to them based on the results, Connolly said. They want anyone who tests negative immediately removed from the facility.

One woman, Pat Herrick, said her mother, Elaine Herrick, lived at Life Care for seven years before she died Thursday. She had not been tested for COVID-19 despite the outbreak, and it wasn’t clear whether officials could or would have her body tested, so it remained unclear why she died, the daughter said.

Herrick said that after receiving a 3:30 a.m. call informing her of her mother’s death, she then received a call around 10 a.m. from someone else at the facility saying her mother was alive and doing well. It turned out the overwhelmed nurse who called earlier had failed to update her mother’s chart to reflect her death, Herrick said.

Elaine Herrick loved living at Life Care, her daughter said, and she didn’t blame the staff for what happened, saying the facility needs more support from health officials.

Connolly was less diplomatic, though he agreed the nursing home had not received enough help.

“This is the level of incompetence we’re dealing with,” he said.

The federal Centers for Medicare and Medicaid Services has sent inspectors to Life Care along with experts from the Centers for Disease Control and Prevention to figure out how the coronavirus outbreak happened there and to determine whether the nursing home followed guidelines for preventing infections.

Asked about the situation at the nursing home, Pence noted the federal government was investigating.

Before a meeting with state and local government officials and members of the state’s congressional delegation, the vice president thanked Inslee for his leadership on the state’s response, saying it “has really inspired the country.”

“The president wanted me to be here today just to make it crystal clear we’re with you, we’re here to help,” Pence said.

He also lauded the bipartisan effort on a coronavirus spending measure that he said President Donald Trump would sign Friday.

Meanwhile, the 22,000-student Northshore School District north of Seattle will close for up to two weeks because of coronavirus concerns, and state officials issued an order for insurers to waive fees for virus testing.

Many businesses in the region told workers to telecommute, including Microsoft and Amazon. Those two tech giants employ more than 100,000 people in the Puget Sound region.

Inslee said Thursday that he is deferring the decision to close schools to administrators but that could change any time.

“For those who have wondered why I have not made that decision today, it is because we are still evaluating the efficacy of that,” he said.

Inslee encouraged schools to explore the possibility of online teaching while they weigh the risks of having children in class.

Some students and parents started petitions asking districts to close their campuses.

Ken Finlayson said his 14-year-old son started a petition asking the Lake Washington School District to close its schools, which are in Kirkland and near the nursing home that’s been the epicenter of the outbreak.

Finlayson said the children may bring the virus home to people who are vulnerable, including the elderly and people with compromised immune systems.

“My wife is severely disabled — she’s a non-verbal quadriplegic,” he said. “He may bring the virus home to his mother, who may die.”