Seven weeks after the first case of COVID-19 was confirmed in the U.S., the spread of the virus that causes the disease has done widespread damage to critical economic sectors in the country. Airlines are cutting capacity, people are working from home, major public events that raise millions of dollars for local communities have been canceled, including this year’s St. Patrick’s Day parade in Boston. The Associated Press is publishing a running tally of the effects of the coronavirus on people, businesses, and the economy.

TURBULENCE IN THE AIR: Europe’s airports say they expect 187 million fewer passengers this year due to the virus outbreak, which is “turning into a shock of unprecedented proportions for our industry.” The ACI Europe, which represents the sector, estimated Tuesday that the outbreak will mean a 13.5% drop in airport passengers in the first quarter alone. That translates to 1.32 billion euros ($1.5 billion) in lost revenue.

Airlines continue to slash capacity as travelers cancel flights or avoid them all together. United Airlines, Delta Air Lines and American Airlines are allowing passengers to rebook tickets through April 30 without paying fees.

LEISURE LATER, MAYBE: Vail Resorts is withdrawing its forecast for the entire year. The company said visits were modestly below expectations last week, but it believes that could grow worse. 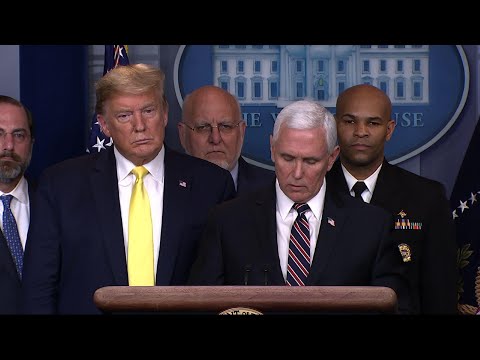 The online travel company that owns Kayak and other sites withdrew its guidance for the quarter citing the worsening impact of the virus on travel. Booking Holdings said that travel demand, especially in North America and Europe, has fallen. Because of the “rapidly evolving situation,” the company it’s unable to issue a new forecast. Booking said it would offer an update in May.

THE FED AND BIG BANKS: The Federal Reserve and other regulatory agencies are encouraging financial institutions to meet the needs of customers affected by coronavirus. They vowed to give them the regulatory leeway to do so. “Prudent efforts that are consistent with safe and sound lending practices should not be subject to examiner criticism,” the Fed said in a prepared statement along with the Federal Deposit Insurance Corporation and the Office of the Comptroller General.

THE FED AND THE PRESIDENT: President Donald Trump has repeatedly demanded that the Federal Reserve do more to aid the economy, especially in the face of the coronavirus outbreak. On Tuesday, Trump called the Fed “pathetic” and “slow moving” in a tweet for not cutting interest rates as low as other central banks have. He asserted that its failure to do so has put the United States at a competitive disadvantage. “The Federal Reserve must be a leader, not a very late follower, which it has been!” Trump said in a second tweet.

The Fed slashed its benchmark rate by a half-point last week — the largest cut since the 2008 financial crisis — to a very low range of 1% to 1.25%. And most Fed watchers expect further rate cuts in coming weeks. In contrast to Trump, most economists say rate cuts aren’t likely to do much to stem the economic damage from the spreading coronavirus, which has disrupted factory supply chains and pummeled service industries like airlines and tourism companies.

HEALTHCARE: Humana is waiving out-of-pocket costs associated with COVID-19 testing for patients who meet CDC guidelines at approved labs. The Louisville, Kentucky, health insurer also said it would increase the availability of telemedicine to cut down on potential exposure for those it insures.

LOW ENERGY: Big oil and gas companies had already been bracing for slowing global economic growth. That appears to have been accelerated by the arrival of coronavirus. Citing sharp declines in energy prices, Occidental Petroleum Corp. slashed its quarterly dividend by 86% Tuesday and will reduce capital spending to between $3.5 billion and $3.7 billion, from $5.2 billion to $5.4 billion.

THE WORKPLACE: A worker at Boeing’s Everett, Washington, facility has tested positive for COVID-19. The employee is in quarantine and co-workers who’ve been in close contact with the individual have been asked to self-quarantine and self-monitor, the company said. The company previously told employees in the Puget Sound area to work from home.

Walmart is launching an emergency leave policy for its 1.4 million hourly U.S. workers that includes allowing its employees to not be penalized for taking time off if they feel uncomfortable working because of fear of the spreading new virus.

Securities and Exchange Commission employees have been encouraged to work remotely for the foreseeable future after a potential incident of the coronavirus was discovered.

MARKETS: Global stock markets rebounded from record-setting declines after President Donald Trump said he would ask Congress for a tax cut and other measures to ease the pain of the spreading coronavirus outbreak. The Dow Jones Industrial Average, the S&P 500 and the Nasdaq all closed about 5% higher.

Oil prices surged a day after they plunged 25% amid a price war between producers Saudi Arabia and Russia. Benchmark U.S. crude climbed $3.23, or 10.4%, to settle at $34.36 a barrel Tuesday.

Perhaps the most notable market move Tuesday was that Treasury yields also pushed higher in a sign that fear has receded a bit, though they remain far below where they were even a week ago. The 10-year Treasury yield rose to 0.79% from 0.49% late Monday. A week ago, it had never been below 1%.

MEETING ON MARKETS: The Treasury Department said the President’s Working Group on Financial Markets had a conference call Tuesday to discuss markets conditions following more than a week of turbulence.

AUTO SHOW: Organizers of the New York International Auto Show may postpone the event from early April until August due to the coronavirus threat. Spokesman Chris Sams says details are still being worked out and an announcement could come as early as Wednesday. The move is being considered to protect the public from the virus and to make sure that automakers get a good return on their investments in exhibits, Sams said.

He wouldn’t release the exact dates in August, but said auto companies have not yet started to build their exhibits for the show. Press days are scheduled for April 8 and 9, and the public days April 10 through 19.

Other auto industry events already were being delayed or scrapped due to the virus. Electric vehicle startup Rivian on Tuesday indefinitely postponed a six-city tour to show off its new pickup truck and SUV. On Monday, General Motors said it would reschedule an April 2 event in Los Angeles to unveil the Cadillac Lyriq SUV, the first of a new generation of electric vehicles. Earlier this month the Geneva International Motor Show was abruptly canceled.

AMAZON RELIEF: Amazon is offering some relief to the small businesses near its Seattle headquarters hurt by its decision to tell its 50,000 employees to work from home. Amazon said it is creating a $5 million fund that give grants to stores, restaurants and other businesses that rely on foot traffic for customers.