In appreciation: Kobe Bryant, a life defined by hard work

It was April 14, 2016. It was the first full day of Kobe Bryant’s new chapter as a retired NBA player. All he had done the night before was score a mind-boggling 60 points in his farewell game, not getting out of Staples Center until around midnight.

His staff at Kobe, Inc. were certain they would beat their boss to the office that morning.

They were wrong. He beat everyone there by two hours. “We have a lot of work to do,” Bryant told them.

Even in retirement, Bryant found no substitute for hard work.

Kobe Bean Bryant was many things: one of the greatest players in basketball history, a five-time NBA champion, Olympic gold medalist, a fluent speaker of multiple languages, a resident of the world, an Oscar winner, the self-described Black Mamba that started as a nickname and became his brand, someone so good he had two numbers retired by the Los Angeles Lakers.

And he never stopped. Basketball was his obsession for 20 years in the NBA. Storytelling was the obsession for the rest of his life.

Tears, as would be expected once the news broke of Bryant’s death in a helicopter crash in Southern California on Sunday, flowed freely in the NBA world. LeBron James was inconsolable when he got the news, a day after passing Bryant for No. 3 on the all-time scoring list. Doc Rivers struggled when he tried to put feelings into words. Even from the normally beyond-stoic Kawhi Leonard had his eyes well up when he was talking about Bryant. 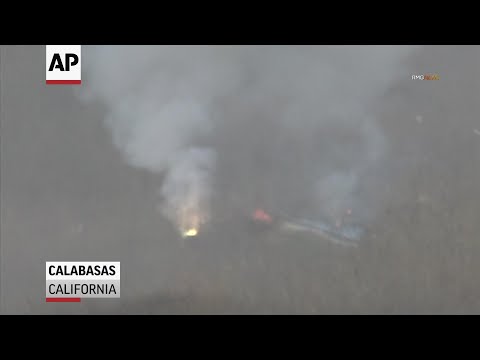 But the pain was obvious elsewhere: Oregon women’s basketball star Sabrina Ionescu didn’t hide her anguish when she said she was dedicating the rest of her season to Bryant’s memory, soccer’s Neymar held up a “24” with his fingers after scoring a goal for Paris Saint-Germain, and marquees at the Super Bowl in Miami were lit up in the Lakers’ colors of purple and gold as a tribute.

The elite ones, the ones like James and Leonard and Ionescu and Neymar, were all like Bryant. Driven. Obsessed with their craft. Those are the sort of people Bryant enjoyed most. He didn’t have much patience for anything else.

Teammates were never immune from his criticism; not even Shaquille O’Neal, a fellow all-time NBA great, could avoid clashes with Bryant. O’Neal was half-a-foot taller and probably an easy 100 pounds heavier than Bryant. Didn’t matter. Bryant wanted to fight one day in practice, so they fought.

His toughness was legendary; Bryant blew out his Achilles on a play in 2013 where he’d been fouled and made the two free throws knowing that his season would be over a few seconds later. It was against Golden State; the Lakers trailed at the time, and Bryant — who hyperextended a knee in that same game and played through it because the game was so important in the playoff race — swished both shots. “We were down two. Had to tie the game first,” Bryant said years later, when asked why he stayed in the game.

His commitment was legendary; there was a game in 2011 in Miami where the Lakers lost by six, and Bryant was so displeased with how he played that he went back onto the court for 90 minutes of uninterrupted shooting that went on until after midnight. His teammates were on Miami Beach for dinner. Bryant was working instead. “It’s my job,” Bryant said.

His swagger was legendary; during the FIBA Americas tournament in 2007, Bryant was less-than-impressed with how Brazil thought it had a chance to beat Team USA. So, he tasked himself with guarding Leandro Barbosa, who until that point had been the leading scorer in the tournament. With Bryant blanketing him — making it difficult for him to even dribble at times — Barbosa made one shot all night. The Americans won by 37. “Looking at a great white shark is one thing,” Bryant told teammates, “but jumping into the pool with one is another thing.”

He played in Los Angeles, but he was a star everywhere. Everywhere. At the Basketball World Cup in China this past summer, Bryant was on the court for a game during the medal round. He said a few words in Mandarin and the fans in Beijing screamed in more delight than they had for the guy who had taken the floor just before Bryant, a fellow by name of Yao Ming.

He was as driven in his storytelling life as he was in his playing days. Kobe, Inc. wasn’t just a cool name. It was his world. He wanted to inspire kids through books that combined the worlds of sports and fantasy. He was toying with the idea of taking his stories to Broadway. He won an Oscar for “Dear Basketball,” a short animated film in 2018 that had been converted from a poem that he penned when he decided it was time to retire from playing the game. He had a podcast for kids and families, not with him blathering on about whatever he wanted to talk about but with characters talking about how to be a good teammate. He had a franchise of shows called Detail, where he broke down the nuances of basketball and had other huge names from other sports do the same thing.

He wasn’t kidding around when talking to his staff on April 14, 2016. Kobe Bryant still had a lot of work to do.

He was just getting started. And now he’s gone.

The tributes will continue, though eventually fade away. The legacy will be forever.

Tim Reynolds is a national basketball writer for The Associated Press. Write to him at treynolds(at)ap.org