Actor Alec Baldwin has knocked on doors and cracked a few jokes in a suburban Richmond neighborhood to try to drum up votes for Democratic legislative candidates in Virginia.

Baldwin is known for his mocking impersonations of Republican President Donald Trump on “Saturday Night Live.”

Baldwin stumped just a few doors down from Chase’s home and joked about leaving a roll of quarters in her mailbox after referring to a confrontation she had with a Capitol Police officer earlier this year over a parking space.

Earlier this year, Baldwin pleaded guilty to harassing a man in a dispute over a parking space.

Baldwin is set to knock on doors, make calls and deliver pizza to volunteers at multiple stops around Virginia on Tuesday.

The progressive advocacy group People for the American Way helped organize the trip. Baldwin is a board member of the group and has been an outspoken critic of Trump. 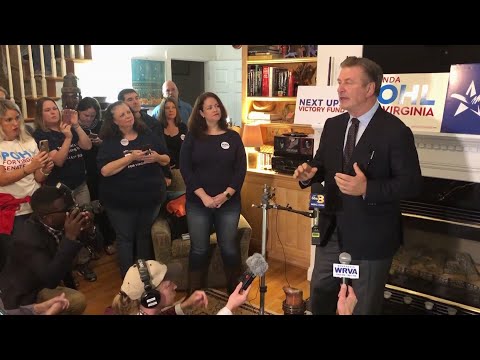 Virginia is one of only four states holding legislative elections this year and the only one where partisan control of the legislature is up for grabs. National groups view Virginia as a warmup to the 2020 presidential cycle and are pouring money into the state.

Several other celebrities have been urging Virginians to vote.