NEW YORK (AP) — How is a great actor made? For Jonathan Majors, the 30-year-old breakout star of “The Last Black Man in San Francisco,” it started in drama school. It swelled with the discovery of August Wilson. It was provoked by teachers who pushed him to look deeper into himself and into everything around him. But it really began in the pews, listening to his mother, a Methodist pastor, preach.

The education of Majors — where he came from, how he got here — is a point of interest because he so overwhelmingly burst on the scene in 2019, making him an easy choice for one of The Associated Press’ Breakthrough Entertainers of the Year. Majors’ tender and soulful performance as Montgomery Allen in “The Last Black Man in San Francisco” has not only drawn widespread acclaim but brought the eager attention of Spike Lee, Jordan Peele, J.J. Abrams and Jay-Z — all of whom have cast him in upcoming projects.

All of this just two years after his professional debut, three years since his last semester at the Yale School of Drama.

“You just keep your head down,” Majors says. “I find if I do get frustrated or antsy it’s because I allow ambition to get in. It’s something to be wary of for myself. If you trust the seed that’s been put in you, a tree just grows. I feel fortunate that as it stands now, the tree in me is to make art and to be an actor.” 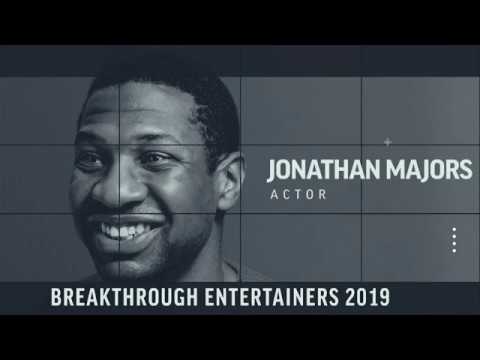 Majors spoke on a recent trip to New York for the IFP Gotham Awards, where he was a nominee for breakthrough actor (as he also is the Film Independent Spirit Awards). It had to be a brief stay; his schedule is packed.

The day after, Majors would fly back to Atlanta to shoot the Peele-Abrams-produced HBO series “Lovecraft Country,” in which he stars as a man traveling the Jim Crow South in search of his missing father. Earlier this year, he spent four months in Southeast Asia shooting Lee’s Vietnam drama “Da 5 Bloods.” He’s also set to star in the Jay-Z produced western “The Harder They Fall.”

It’s not hard to see why. In even smaller parts, like his debut in the Gus Van Sant-produced ABC miniseries “When We Rise” or his Detroit gangster in “White Boy Rick,” Majors exudes a singular presence. His characters suggest icebergs, with unseen depths.

In his shirt pocket, Majors carried a small notebook. It’s a habit suggested by a formative drama teacher who instructed him to “write down everything.” In it, he pens poetry, observations. He’s in that way not so dissimilar from the Montgomery of “The Last Black Man in San Francisco.”

The movie, directed by Joe Talbot, is a radiant and melancholic fable about one man’s sense of displacement in a rapidly gentrifying San Francisco. It’s based on the upbringing of Jimmy Fails, who plays a fictionalized version of himself, in is own big-screen debut. Majors plays his best friend and constant companion, a fishmonger and a playwright who draws from the dramas and characters around him.

Majors immediately identified with Mont, a sensitive, expressive, impassioned young artist, “a viewer of the world.” Like Majors, Mont carries a sketchbook with him everywhere.

“The fact that he’s a young black man and a common outcast was something I could relate to,” he continues. “Growing up in Texas and having this need of expression — being called a wimp because I was emotional, getting picked on for blah blah blah. You take that. I took that like: ‘It’s fine. It’s what it is. I survived.’ But that became my fuel for my artistry. I saw that immediately with Mont.”

Majors was born in California but raised around Texas. His father left at an early age. He calls his mother “my enabler and my protector.” Early on, a teacher in an alternative education program exposed Majors to acting, which he continued at the North Carolina School of the Arts. There, in his second year, he played Cory Maxson in “Fences” and the full force of Wilson’s work opened up to him. At Yale, he mounted all of Wilson’s 10-play cycle.

There have been other seminal teachers along the way, including the actor and “Lackawanna Blues” playwright Ruben Santiago-Hudson. But Majors’ continuing education is increasingly on the sets and stages he now finds himself — like Spike Lee’s.

“He has a sweeping august that is his brand, his philosophy, and I got thrown into it at a very intense level,” says Majors. “Out of the country, in Thailand, in Vietnam, four and half months, it’s on. And I’m fool enough to be wearing a shirt that says Morehouse, so he’s on me. ‘Come on, Morehouse. Come on, Morehouse. You got it. Let’s go.’

“And I’m like, ‘All right. I got it now,’” says Majors, smiling. “I think it’s the beginning of a great mentorship.”