ROCKY TRANSITION: Despite all his experience, President-elect Joe Biden’s transition has stumbled, exposing the challenges of navigating Congress. Biden rolled out an almost all-white national security team when allies were expecting diversity. He filled top posts with familiar Washington hands rather than fresh newcomers. His team clumsily floated some names and retracted others for the Cabinet. The slights and slip-ups of Biden’s interactions with Congress leave the impression his team is misreading the Capitol Hill audience he’ll be relying on for legislative outcomes.

BIDEN’S PICKS: Biden has chosen North Carolina regulator Michael S. Regan as his nominee to lead the Environmental Protection Agency and New Mexico Rep. Deb Haaland as interior secretary. Biden says the selections round out what would be an experienced climate team ready to tackle the “undeniable, accelerating, punishing reality of climate change.” The picks also help Biden fulfill his promise to put together a Cabinet that reflects the diversity of America. Regan is Black, while Haaland would be the first Native American Cabinet member in U.S. history. 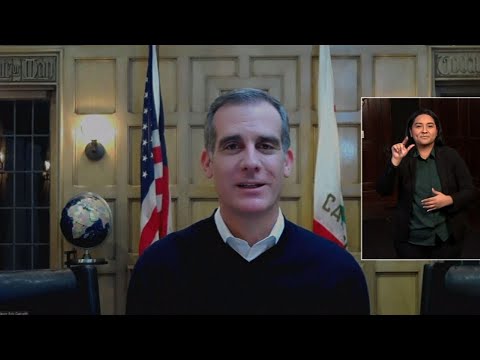 Garcetti says his daughter tested positive for COVID-19. He also ends speculation that he would join the Biden administration. (Dec. 18)

HISTORIC SELECTION: Biden’s pick of Haaland for interior secretary would make her the first Native American to lead the powerful federal agency, which has wielded influence over the nation’s tribes for generations. Tribal leaders and activists around the country, along with many Democratic figures, had urged the president-elect for weeks to choose Haaland to lead the Department of the Interior. If she’s confirmed, Indigenous people will for the first time in their lifetimes see a Native American at the table where the highest decisions are made.

GARCETTI WITHDRAWS: Los Angeles Mayor Eric Garcetti has taken his name out of consideration for a possible post in the Biden administration. The two-term Democrat says the raging coronavirus crisis makes it impossible for him to consider leaving the city. Garcetti says Biden wanted him to go to Washington, but his name hasn’t been called. Recent headlines couldn’t have been helping his chances. A former deputy mayor was indicted on corruption charges, and a lawsuit alleges a former top staffer sexually harassed one of the mayor’s bodyguards.

QUOTABLE: “I’ll be fierce for all of us, our planet and all of our protected land.” — Haaland, after Biden picked the New Mexico congresswoman for interior secretary.