Election 2020 Today: Wooing Florida, getting out the vote

WOOING FLORIDA: Trump and Biden will hold competing rallies hours apart in Tampa, Florida, a state all but essential to the Republican president’s pathway to reelection. The Gulf Coast area is known for its rapid residential growth, sprawling suburbs and status as an ever-changing, hard-fought battleground during presidential elections.

GET OUT THE VOTE: In the best of times, it’s a massive logistical challenge to get millions of people out to vote. In 2020, the difficulty has been dramatically compounded: by fear of the coronavirus, by complications and confusion over mail-in ballots, by palpable anxiety over the bitter divisions in the country. Advocates have been mobilizing in myriad ways, from volunteer letter-writers to block associations to national movements. 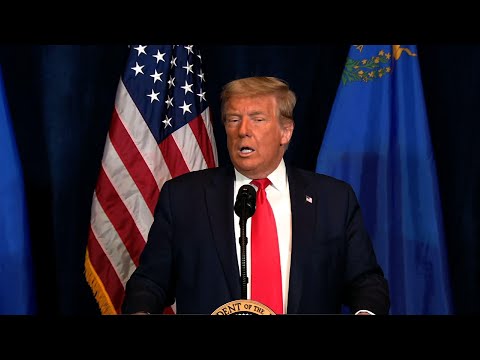 SUPREME COURT RULINGS: The Supreme Court will allow absentee ballots in North Carolina to be received and counted up to nine days after Election Day. The justices refused to disturb a decision by the State Board of Elections to lengthen the period from three to nine days, pushing back the deadline to Nov. 12. The Supreme Court also said it would not grant a quick, pre-election review to a new Republican appeal to exclude absentee ballots received after Election Day in Pennsylvania, although the court’s order left open the possibility that the justices could take up and decide after the election whether a three-day extension to receive and count absentee ballots ordered by Pennsylvania’s high court was proper.

At least 35 million mail ballots had been returned or accepted across the country as of Wednesday, but millions more had yet to be received, according to data collected by The Associated Press.

APOCALYPSE NOW: Trump is painting a dystopian portrait of American life if Biden gets elected. The Republican president claims that if the Democrat takes over, the suburbs wouldn’t be the suburbs anymore, the economy would slump into its worst depression ever and police departments would cease to exist. Trump falsely says Biden’s energy plan would mean older Americans would be left to manage without heat, air conditioning or electricity.

IRAN FRETS: Top officials in Tehran say the upcoming U.S. election doesn’t matter, but nearly everyone else there seems to be holding their breath. The race for the White House could mean another four years of Trump’s “maximum pressure” campaign. Or it could bring Biden, who has raised the possibility of the U.S. returning to Iran’s 2015 nuclear deal with world powers.

Taking a stand has new meaning in heavily litigated election

Millions of mail ballots not yet returned in key states

Gender gap among Latino voters seen in some families

Black men’s votes courted as some search for political home

Media election planners prepare for a night of mystery