Via songwriting and freestyling, Jhené Aiko finds her voice

NEW YORK (AP) — Jhené Aiko is rapping on the phone.

When the R&B darling recalls the first song she ever wrote — a rap when she was about 5 or 6 — she spits out the lyrics like it’s her latest hit.

“It’s the J, the really funky one. I could wrap you up in every single way/Can I play? Yes I can, you could see me like every single day/Come on, don’t you want to play? If you be like me, you would be.”

At the time, the early ’90s, Aiko was obsessed with the debut rap single from Raven-Symoné, “That’s What Little Girls Are Made Of,” which was written and produced by Missy Elliott.

“I wasn’t old enough to know how to spell things correctly,” 32-year-old Aiko recalled, saying she also drew inspiration from Dr. Dre and Snoop Dogg. “My mom helped me write it down.”

It’s no surprise that Aiko remembers the lyrics she crafted as a child — songwriting is not only important because it’s part of her job as a singer and performer, it’s a big part of how she lives her life and expresses her thoughts and feelings.

“Whenever I’m going through anything really, whether it be something painful or something that’s making me happy, I’m inspired to write,” she admitted. “Even when I was younger, I’ve always felt a need to share my feelings. I would write little poems and leave them around; little diary entries and I would just sort of leave it open. I don’t like things to fester inside of me. I like to just get it out and share it.”

Aiko’s healthy practice of releasing her pain and happiness through songwriting has become her art: It’s how she’s crafted songs over the years that has helped her become an R&B star, with relatable and direct lyrics about love and life and everything in between it.

“It’s never just, ‘Girl I love your music.’ It’s always a story that’s super personal and we end up crying together because it’s always very deep,” Aiko — whose sound is a mix of neo-soul, hip-hop and ambient R&B — said of her conversations with her fans. “They would always mention, ‘This helped me get through a really tough time. I feel like this healed me.’ Or even, ‘When I put it on, my baby goes to sleep.’ This is the lane. This is a part of my purpose.”

Aiko especially hit new heights with “Chilombo,” her gold-selling third album that’s launched four platinum hits. The album, one of the rare R&B projects to stream extremely well during a time where young rappers have dominated the scene, scored three Grammy nominations, including the coveted prize — album of the year — pitting Aiko against acts like Taylor Swift, Coldplay and Post Malone. 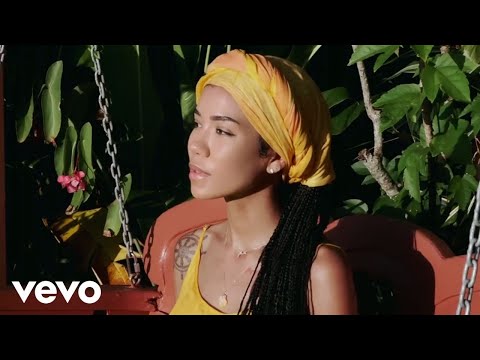 Jhené Aiko's platinum hit, "None of Your Concern," is featured on her Grammy-nominated album "Chilombo."

“It feels great. I thought that (‘Chilombo’) was some of my best work,” Aiko said. “Whether my work gets recognized by award shows or not, it’s still an accomplishment to even complete a full album and to write a full album. I don’t put too much pressure on myself to win awards or do numbers or beat out whoever for how much airtime I get on the radio. All the things, like award shows, selling, going platinum — they’re all added bonuses. I try not to let it go to my head. The main reason I make music is because I love it, and it’s not really about the awards. But it is nice to see.”

While Aiko is used to writing her lyrics and thoughts down — she admits “I’m a great texter, I’ll send a whole email really breaking down (how I feel), a whole essay about how I feel” — her latest album features her freestyling more than her past projects. In front of her computer and a microphone, she would just sing or rap what was on her mind, regardless if a beat was playing or not.

“Those are when I’m just in a very fluid (mood). I’m having a stream of consciousness. Sometimes I feel like I black out and it just happens,” she said. “If you were angry at that time, if you were in love at that time — that’s how you felt ... create and let it go and keep creating.”

“Chilombo” was released on March 6 just before the coronavirus pandemic put the world on pause. Aiko had a tour planned but things changed — something she didn’t really mind.

“That was like a sigh of relief for me. Of course, the whole situation was chaotic ... (but) when you have a child and they’re right in front of you, that’s literally your main focus and you’re not worried about anything else but that child. For me, I was like, ‘OK, that means I get to be here with her,’” Aiko said, adding that her daughter was near graduation at the time.

“That was the part that I was having anxiety about. The fact that it did stop definitely calmed me down,” she said. “I don’t want to burn myself out. I’m in this thing for the long run. I’m going to be in my 80’s singing these songs and writing poems.”