WHAT’S THE DIFFERENCE BETWEEN ABSENTEE VOTING AND MAIL VOTING?

There really isn’t any difference. Both refer to the practice of filling out ballots that are sent to voters through the mail and returned either that way or at drop boxes or other designated places.

President Donald Trump has tried to confuse the two terms by claiming that absentee balloting is fine, while mail balloting is not. Absentee voting, the president sometimes argues, means someone has to request a ballot as opposed to automatically getting one in the mail, which he calls mail voting.

The problem is that some states call ballots that people request through the mail “mail ballots.” Others call them absentee ballots. Both versions of ballots are processed and counted the same way. The two terms are used interchangeably with no legal distinction. The Trump campaign acknowledged this in a filing in a lawsuit it filed over Pennsylvania’s voting procedures.

There is one system that stands out, what is known as universal mail voting. That’s when all the state’s registered voters receive a ballot through the mail. Prior to this election, five states used this system. Four more have adopted it for November, and Trump has been particularly critical of it. 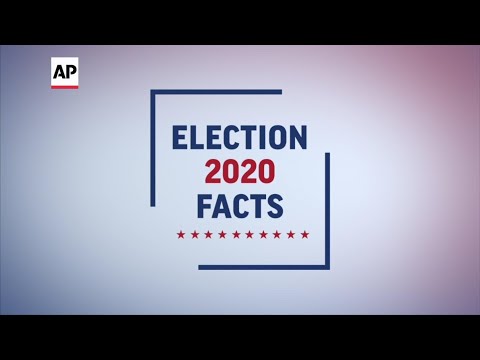 People have been voting by mail in the U.S. for close to a hundred years, but it's never been as big an issue as it is in the 2020 election.

This is a new series from the AP dedicated to answering commonly asked questions from our audience about the 2020 U.S. presidential election. AP’s Advance Voting guide brings you the facts about voting early, by mail or absentee from each state: https://interactives.ap.org/advance-voting-2020/