Surveillance video shows a man wearing a black “I (heart) NY” sweatshirt and a backpack hitting the 67-year-old “Ghostbusters” star and knocking him to the ground around 7:24 a.m. Thursday.

The attack happened just a few blocks from the Central Park West apartment building where Moranis’ character lived in the movie.

Moranis took himself to the hospital and later went to a police station to report the incident, according to the official, who was not authorized to speak publicly about the incident and did so on condition of anonymity.

Moranis’ representative Troy Bailey said in a written statement Friday: “Rick Moranis was assaulted on the Upper West Side yesterday. He is fine but grateful for everyone’s thoughts and well wishes.”

Police released surveillance video of the assault in seeking the public’s help to find the attacker, but did not say Moranis was the victim because of privacy concerns. Police describe the incident as a “random unprovoked assault.”

Moranis was attacked while walking south on Central Park West. The assailant fled northbound. Moranis suffered back, hip, neck and head pain, though the full extent of his injuries was not clear, the official said. 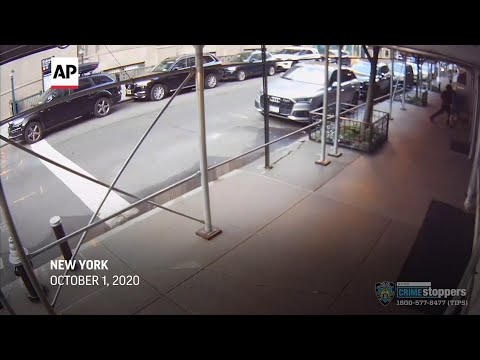 Moranis shot to fame in the 1980s as a star of the sketch comedy series “Second City Television,” before landing roles in blockbuster movies like “Ghostbusters,” “Spaceballs” and “Honey I Shrunk the Kids.” He put acting aside in the last 1990s to focus on raising his children, but has made occasional appearances since.