Mega vaccination sites to be set up in Houston, Dallas area

HOUSTON (AP) — Three mega sites to administer the coronavirus vaccine will be set up later this month at stadiums and a fairgrounds site in Houston and the Dallas area, federal and state officials announced Wednesday.

In Houston, the vaccination site will be at NRG Stadium, where the NFL’s Texans play. In Dallas, it will be set up at Fair Park, home to the Texas State Fair. In Arlington, officials will set up a site at AT&T Stadium, home of the Dallas Cowboys. Last week, the NFL told the federal government it would make all of its stadiums available as COVID-19 vaccination sites.

The three sites, which are being set up by the Federal Emergency Management Agency in cooperation with local and state officials, are expected to be open on Feb. 24.

“These mass community sites will allow us to expand access to COVID-19 vaccinations in underserved communities and help us mitigate the spread of the virus,” said Governor Greg Abbott. “Thank you to our partners at FEMA for working with the State of Texas to establish these vaccination sites and help us protect our most vulnerable.”

State officials say FEMA will supply the vaccine, meaning the dosages are expected to be on top of the vaccine allocations Texas is already receiving each week. 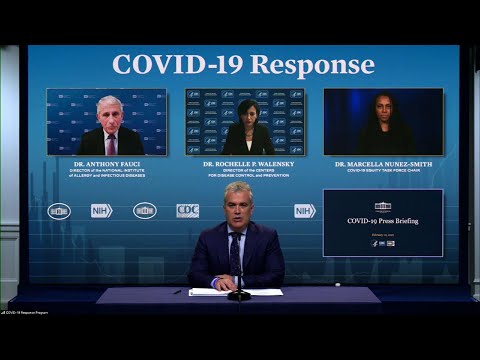 White House coronavirus coordinator Jeff Zients said Wednesday the three sites will be capable of delivering 10,000 shots per day between them.

Zients adds the Biden administration has plans to open similar sites in more states in the coming weeks.

Houston Mayor Sylvester Turner said he’s grateful for the new site and officials would be working together “to iron out the details, including registration and access.”

“We must work collaboratively to vaccinate as many people as possible and in a targeted way to include a diverse population,” Turner said.

Dallas Mayor Eric Johnson said he looked forward to the site in his city as “every vaccine dose given out will save lives and help our residents return to normalcy.”

In Texas, more than 5.2 million vaccine doses have been allocated with more than 2.5 million people having received at least one dose. Currently front-line health care workers and people 65 and older and individuals with serious health conditions are receiving the vaccine in the state.

There were 385 deaths reported Wednesday from COVID-19, the illness the coronavirus causes, according to the Texas Department of State Health Services. This is part of a recent spike in daily deaths to levels not seen since the middle of last month. The state’s death toll has risen to 39,837, according to data from Johns Hopkins University.

The state also reported 9,936 new coronavirus cases Wednesday. Since the pandemic began, there have been over 2.5 million cases in Texas according to the COVID Tracking Project.

There have been 793.4 new cases per 100,000 people in Texas over the past two weeks, which ranks second in the country for new cases per capita, according to Johns Hopkins. On Wednesday, 9,165 patients were hospitalized for COVID-19.