“We’re going to see tomorrow record-breaking Democratic turnout,” Cruz told a crowd in Pearland, a typical Republican stronghold outside Houston, while imploring them to each get five people they know to the polls Tuesday.

Polls have shown a surprisingly tight race in Texas, which hasn’t elected a Democrat to the U.S. Senate in 30 years. For Cruz, the stop in a Pearland megachurch was what he called his 48th campaign rally in six weeks — a defensive campaign blitz on Texas’ conservative turf that even a year ago would’ve seemed unnecessary. 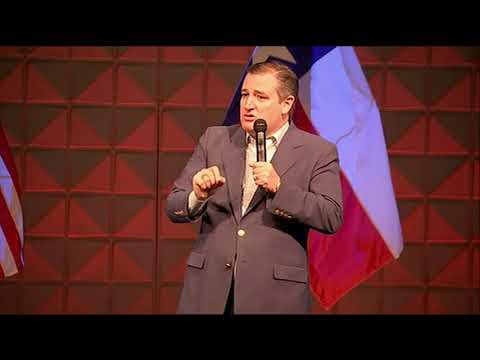 But O’Rourke’s supercharged, expectation-defying campaign that took him to each of Texas’ 254 counties and raised a blockbuster $70 million has made the race one of the most closely watched in the country heading into Tuesday’s deeply divisive midterm elections, which President Donald Trump is calling a referendum on his combative presidency.

For nearly a year, O’Rourke has run as a genial and proudly liberal antidote to the Trump-era GOP and reaffirmed in the closing weeks of his underdog bid that he would vote to impeach, a position that even most Democrats have avoided.

His last appeals to voters included more humane immigration policies at a time when Trump has sent troops to the border and issued dire warnings about a caravan of immigrants, mostly from Central America, walking through Mexico and slowly toward the U.S. border.

“At the time they seek to divide us and polarize us and scare us about one another it’s precisely at that moment that Texas stands up,” he said. “Not as Democrats, not as Republicans, but as Americans and, as human beings, to rewrite this country’s immigration policies.”

Democrats have been shut out of statewide office in Texas since the 1990s and recent elections haven’t even been close. But at the same time, turnout in Texas so far has also been nothing like recent elections.

The final tally Tuesday could be more in line with presidential years that typically draw higher levels of turnout. Nearly 9 million people voted in 2016, when Trump won Texas by 9 points, making him the first Republican presidential candidate in two decades to not carry the state by double digits.

Single-digit U.S. Senate races are even rarer in Texas — the last one happened in 1978.

O’Rourke is planning to cast his own vote Tuesday in El Paso, where he has been a three-term congressman. Cruz already cast his ballot in his hometown of Houston, where he will watch the returns on election night.

For the AP’s complete coverage of the U.S. midterm elections: http://apne.ws/APPolitics