ALBUQUERQUE, N.M. (AP) — Twenty years ago, a knock on the door opened the past for Arlinda Valencia.

A relative had come to pay his respects on the death of Valencia’s father. He then revealed a shocking secret: The family was descended from survivors of a 1918 massacre along the U.S.-Mexico border.

In an account later confirmed by Valencia’s 96-year-old great-uncle, the Texas Rangers and U.S. soldiers killed her great-grandfather and 14 other men and boys. The massacre that all but wiped the town of Porvenir, Texas, was part of a campaign of terror that largely targeted Mexican Americans.

“But the older people never said anything to us. Not a word,” Valencia said. “We couldn’t believe it.”

As the U.S. prepares to mark the 100th anniversary of “Red Summer” — a period in 1919 when white mobs attacked and murdered African Americans in dozens of cities across the country — some historians and Latino activists say now is the time to acknowledge the terror experienced by Mexican Americans around the same period.

In towns, villages and cities in the West, Mexican Americans were subjected to torture, lynchings and other violence at the hands of white mobs and law enforcement agencies such as the Texas Rangers. Historians say that from 1910 to 1920, an estimated 5,000 people of Mexican descent were killed or vanished in the U.S.

Often the violence was so barbaric it attracted the attention of newspapers abroad and the fledgling NAACP.

Then, it was forgotten. 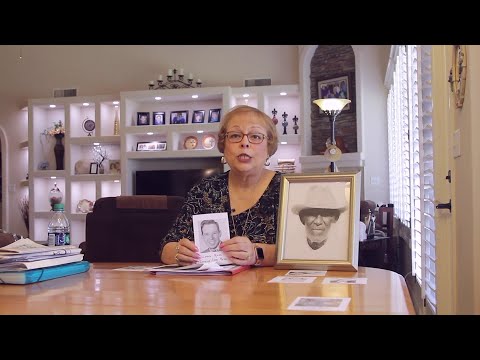 “When you talk about villages and small towns being wiped off the face of the earth ... that’s what happened to Porvenir,” said Valencia, 67, a leader of a teachers union in El Paso, Texas.

Monica Muñoz Martinez, the author of “The Injustice Never Leaves You: Anti-Mexican Violence in Texas” and an American studies professor at Brown University, said Mexican American families often kept stories of violence from their children out of fear because the perpetrators and their offspring remained in key law enforcement positions or elected offices.

“Now there’s a new generation that’s saying, ‘We need to make these histories public and we need a public reckoning,’” Martinez said.

As with attacks on African American men, the mob violence usually stemmed from rumors about a crime that was pinned on Mexican Americans with little or no evidence.

In 1910, a white mob in Rocksprings, Texas, lynched 20-year-old Antonio Rodríguez and burned the body after he was accused of killing a white woman. He never received a trial; instead, he was kidnapped from jail.

Four years later, Adolfo Padilla, jailed in Santa Fe, New Mexico, on suspicion of killing his wife, was seized by masked men and chopped into pieces.

In 1915, brothers Jose and Hilario Leon were beaten and hanged by two white Arizona police officers during an interrogation. Their bodies were left to rot in the desert gulch. The officers were later convicted of murder, but that was a rare outcome.

It was the bloodshed in the ranching community of Porvenir that stirred the most outrage among Mexican American reformers and in the international press.

On the early morning of Jan. 28, 1918, the Texas Rangers and four local white ranchers surrounded Porvenir on the suspicion that villagers were sympathetic to bandits or cattle raiders. The men, with the help of a U.S. cavalry regiment, woke up the residents, seized 15 able-bodied men and boys and killed them.

“For perhaps ten seconds we couldn’t hear anything, and then it seemed that every woman down there screamed at the same time,” cavalry Pvt. Robert Keil later wrote. “We could also hear what sounded like praying, and, of course, the small children were screaming with fright.”

The Army returned to the village days later and burned it to the ground.

A Texas legislative committee investigated, and Rep. J.T. Canales, the only Hispanic member of the legislature, called witnesses who told stories of terror. But defenders of the Rangers branded Canales delusional, the committee absolved the law enforcement agency, and Canales lost his bid for re-election in 1920.

Recently, a group of academics, activists and journalists formed a group called Refusing to Forget to educate the public about violence against Mexican Americans and set up historical markers to memorialize the most brutal episodes.

John Moran Gonzalez, director of the Center for Mexican American Studies at the University of Texas, said the group has faced resistance from local historical societies. “They say things like, ‘Why are you bringing this up now? Why are you inflaming racial tensions?’” Gonzalez said. “They are embarrassed.”

Valencia eventually got a historical marker near the site of the Porvenir massacre, about a four-hour drive east of El Paso. Nothing remains of the village, and the bodies of those killed rest in shallow graves across the Rio Grande in Mexico.

In researching the massacre, Valencia found an affidavit by her great-grandmother describing the killing of her husband and her search for justice. But justice never came.

Her surviving great-uncle, Juan Flores, who was 13 at the time of the massacre and would later describe how he found his father’s mutilated body and other corpses, had nightmares for the rest of his life and eventually underwent shock treatment.

Flores hadn’t told his immediate family of the massacre until Valencia asked him about it.

“Everyone just thought he was crazy,” she said. “But he was living with a secret that was killing him from the inside.”

Cedar Attanasio reported from El Paso, Texas, where he covers immigration. Follow him on Twitter at https://twitter.com/viaCedar

Russell Contreras is a member of The Associated Press’ race and ethnicity team. Follow him on Twitter at http://twitter.com/russcontreras

EDITOR’S NOTE: Hundreds of African Americans died at the hands of white mob violence during “Red Summer” but little is known nationally about this summer of violence 100 years later. As part of AP’s coverage plans for Red Summer, we will take a multiplatform look at those who were attacked and killed by whites in cities and towns around the nation in a spate of violence: https://www.apnews.com/RedSummer