Louisiana ‘stay at home’ order to be extended through April

BATON ROUGE, La. (AP) — Gov. John Bel Edwards said Monday that he will extend Louisiana’s “stay at home” order through the end of April, in line with President Donald Trump’s most recent guidance, as the number of Louisiana residents who have died from COVID-19 jumped significantly overnight.

Louisiana’s health department reported that 185 residents had died from the disease caused by the new coronavirus, 34 more than the number reported on Sunday. Edwards has said Louisiana has the second-highest COVID-19 death rate per capita among states, and he’s warned that the New Orleans region is running low on ventilators, which the hardest-hit patients need.

The Democratic governor’s stay-home order was supposed to end April 13, but he said he would extend it to April 30. That will keep schools closed, nonessential businesses shuttered, restaurants limited to delivery and takeout and gatherings above 10 people banned. Edwards thanked Trump for revising the guidelines.

“This is obviously very helpful for states like ours because it sends a clear message that we are nowhere near over the hump, that we still have an awful lot of work to do to try to flatten the curve, and I think it creates a realistic expectation in the public about the time horizon that we are on,” Edwards said. 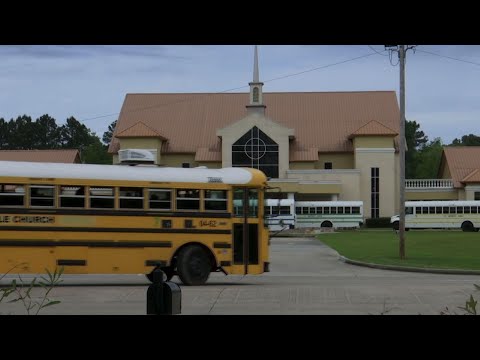 Two-thirds of the people who have died lived in New Orleans and neighboring Jefferson Parish, according to state figures.

To meet the increasing demand for hospital beds, Louisiana is creating a new 1,000-bed hospital at the convention center in New Orleans for recovering patients who no longer need ventilators or intensive care. Edwards said the facility will open by April 5.

The creation of a hospital overflow site at the convention center is costing the state more than $91 million, according to an expense list provided by the state’s homeland security agency. Louisiana state government agencies have spent $247 million so far on emergency response work related to the virus, according to Edwards’ chief budget adviser, Commissioner of Administration Jay Dardenne. The Federal Emergency Management Agency is expected to reimburse the state for 75% of those costs, Dardenne said.

More than 4,000 people statewide have been diagnosed with the virus, according to the health department data, which shows people have tested positive in all but five rural parishes. But public health officials believe the virus is present in every one of Louisiana’s 64 parishes, Edwards said.

Although most people recover and many suffer only mild symptoms, COVID-19 can cause serious illness including respiratory problems for some, including the elderly and those with underlying medical conditions. The disease is highly contagious.

Of Louisiana’s reported virus cases, 1,158 people are hospitalized — and 385 of those need ventilators to help them breathe, the health department said.

Louisiana, like other states, is desperately searching for additional ventilators, with little success. Edwards said the state has sought 14,000 of the breathing devices, from the national stockpile and private vendors. But to date, the governor’s office said Louisiana had received only 292 to disperse among hospitals.

The New Orleans region, Edwards said, is on track to run out of ventilator capacity this weekend. Hospitals are trying to find ways to convert other breathing equipment into ventilators and to share ventilators across multiple patients. The governor’s office said Trump has committed to send 150 ventilators from the national stockpile, though without a specific arrival date.

As Edwards continued to call on people to stay home, New Orleans Mayor LaToya Cantrell praised residents for obeying orders against public gatherings, but complained that some were putting people at risk by ignoring them.

“The fact that we have to redirect our law enforcement resources just because people cannot contain themselves? It’s unacceptable,” she said on a “town hall” broadcast on WBOK radio.

New Orleans police announced the arrest of a man accused of organizing a Sunday afternoon gathering of about 100 people in what was described as a “funeral repast.” Online records show Cecil Spencer, 38, was taken to the city’s jail Monday afternoon. Details of the specific charge, and whether Spencer had a lawyer who could speak for him, were not available.