The case is the latest in a series of assault allegations against ride share drivers or men posing as drivers.

Detectives in Bellevue, Washington, arrested Ghassan Shakir last week after identifying the man’s vehicle. His bail was increased from $750,000 to $2 million on Monday after he was charged with indecent liberties and first-degree kidnapping with sexual motivation in connection with a Jan. 20 incident in Bellevue, The Seattle Times reported .

Shakir was also charged Monday with second-degree rape for an alleged attack on March 31 in SeaTac, jail and court records show.

It wasn’t immediately known if Shakir had an attorney.

Last month a man was arrested in the slaying of a 21-year-old woman in South Carolina. Samantha Josephson was killed when she got into a car she believed was her Uber ride.

And earlier this month in Washington state, King County prosecutors charged a man with rape after he allegedly posed as an Uber driver when he picked up a woman outside a Seattle bar. 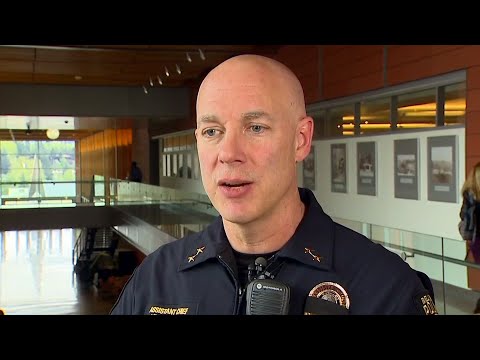 In the recent Washington state case, Shakir is suspected of committing at least five similar sexual assaults since 2014 while driving for Lyft and Uber, King County senior deputy prosecutor Charles Sergis wrote in charging papers. Court documents and a news release from the Bellevue Police Department say Shakir is under investigation for rapes in Seattle and Kirkland.

In the January incident, a woman visiting Bellevue from Arizona called a rideshare vehicle to take her to a Seattle hotel and after entering the vehicle she fell asleep, according to charging papers.

The woman woke up to find she had been handcuffed with Shakir groping her, charging papers said. She fought him until he removed the handcuffs and she escaped, papers said.

In March, two women left a SeaTac casino and were walking back to their hotel when they were offered a ride by a Lyft driver, charging papers say. Once at the hotel, Shakir walked the women, who were both intoxicated, to their room and asked to use the restroom, authorities said. One woman passed out on her bed; the second woman was pinned to the bathroom floor and raped, the charges say.

Detectives last week went to Shakir’s workplace where they interviewed him and impounded his vehicle, later finding a pair of handcuffs in the glove compartment, authorities said.

Shakir was arrested when he went to retrieve the car.

Lyft spokeswoman Lauren Alexander in a statement said Shakir’s alleged conduct is “deeply disturbing” and said Lyft permanently deactivated his account and is assisting police in the criminal investigation.

Shakir also previously worked for Uber but he hasn’t driven for the company for more than a year, said Andrew Hasbun, a safety communications manager for Uber. Uber recently launched a national campaign urging riders to verify driver and vehicle information and to require the driver say the rider’s name before getting into a car.