MORRISVILLE, Pa. (AP) — A mother and her adult daughter killed five of their close relatives, including three children, and were found “disoriented” after child welfare authorities arrived for a surprise visit to their trashed apartment outside Philadelphia, police and prosecutors said Tuesday.

Shana Decree, 45, and her daughter Dominique Decree, 19, were charged with five counts of homicide and one count each of conspiracy. The motive and how the five family members died are unclear; their bodies were found Monday night.

“As confusing as it was last night, we are no closer to understanding that in the harsh light of day,” Bucks County District Attorney Matthew Weintraub said at a news conference Tuesday. “We will continue to pursue every lead and to work this case to its just conclusion.”

Authorities discovered the scene after a Bucks County child welfare officer arrived Monday evening for an unannounced visit and was let into the building by someone who works there, according to court papers.

Police say they found Shana and Dominique Decree “disoriented” inside the apartment, where furniture had been turned over, drywall was cracked and glass lay around. Police initially said they found four bodies, but they discovered a fifth underneath another that was next to a bed. 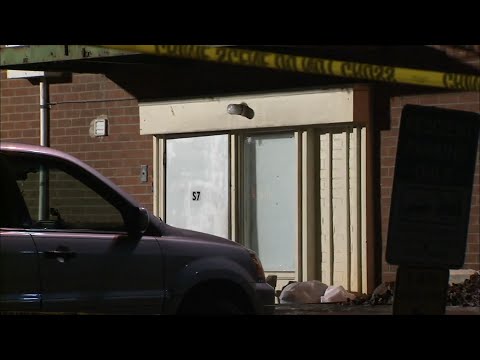 The mother and daughter were taken to a hospital and at first told authorities they didn’t know what happened.

Before telling authorities about their involvement in the slayings, Shana Decree said her sister Jamilla’s boyfriend and two unknown men killed the five family members but left Shana and Dominique alive, according to an affidavit.

Shana Decree then told police that “everyone at the apartment ... wanted to die” and talked about suicide, according to court documents. She said that she killed one of the victims, that she and her daughter Dominque killed another together, and that Campbell killed two other victims before she herself was slain by Dominique.

Authorities who had been looking for Campbell’s 17-year-old son Joshua found him not far away in Willingboro, New Jersey, where he was staying with friends, Police Chief George McClay said.

Weintraub stressed the teen is not a suspect, saying authorities just wanted to make sure he was safe.

The apartments are in Morrisville, which sits on the Delaware River northeast of Philadelphia and across from Trenton, New Jersey. The three-story, red-brick apartment complex is on a busy road lined with auto repair shops, a safe-and-lock shop and a bail bonds agency nearby.

Thai Hall, 24, of Bristol, Pennsylvania, said she attended Morrisville High School with Smith and spoke with her about three months ago. Hall, whose mother lives in a neighboring apartment, said Smith was attending cosmetology school. She remembered Smith warmly.

This story has been corrected to show that Jamilla Campbell was 42, not 45.