The partial government shutdown has prompted the chief judge of Manhattan federal courts to suspend work on civil cases involving U.S. government lawyers. The order suspends action in several civil lawsuits in which President Donald Trump is a defendant.

Judge Colleen McMahon said in a written order that the suspension will remain in effect until the business day after the president signs a budget appropriation law restoring Justice Department funding.

The Manhattan courts, with several dozen judges, are among the nation’s busiest courts.

In one case involving Trump, a judge last week ruled that a group of people suing Trump and his three eldest children can remain anonymous because they fear retaliation by the president or his followers.

A similar order to McMahon’s has been issued in the Northern District of Ohio.

House lawmakers don’t plan to vote this week to end the government shutdown.

That’s according to the office of Republican Whip Steve Scalise, who announced the schedule Thursday.

Scalise’s office says lawmakers are waiting on the Senate. But the Senate already approved a bill to keep government running. The House panned that measure and approved a new version that included money for President Donald Trump’s border wall.

They are at a stalemate. 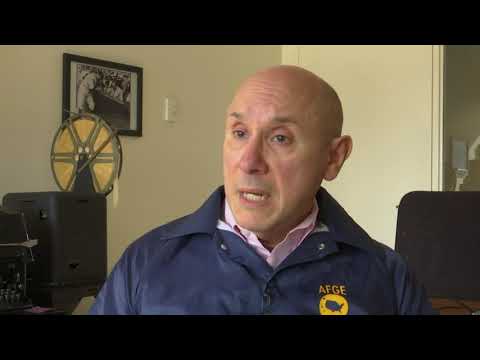 Back from a 29-hour trip to visit U.S. troops in Iraq, President Donald Trump is returning his attention to the ongoing partial U.S. government shutdown, which is in its sixth day.

In a morning tweet, Trump says “we desperately need” a wall on the U.S.-Mexico border, funding for which has been a flashpoint between the White House and Congress ever since Trump took office.

The president is calling on Democrats in Congress to fund his wall, saying the shutdown affects their supporters. He says: “Do the Dems realize that most of the people not getting paid are Democrats?”

Hundreds of thousands of federal workers are on unpaid furlough and even more are required to work without pay after Trump and Congress could not reach consensus on a short-term funding bill last week.

Lawmakers are away from Washington for the holidays and have been told they will get 24 hours’ notice before having to return for a vote. And although the Senate is slated to come into session Thursday afternoon, few senators are expected to be around for it.

The White House and congressional Democrats have been talking but to little effect.

After a weekend and two holiday days for federal employees, Wednesday was the first regularly scheduled workday affected by the closure of a variety of federal services.

Trump vows to hold the line on his budget demand, saying he’ll do “whatever it takes” to get money for border security.