NORTHFIELD, N.H. (AP) — It’s one of the many cruelties of the pandemic: Many people hospitalized with COVID-19 are cut off from loved ones who are not allowed to visit them, for fear of the disease spreading.

Kaya Suner came up with a solution.

The 19-year-old Rhode Island man figured out a way to recycle used smartphones and tablets, getting them into the hands of patients suffering from the virus so they can communicate with friends and family. And the idea has taken off.

“Kaya, you’re 19, but you’re a superstar, you’re a hero,” said Gov. Gina Raimondo at a mid-April news conference, after her own son donated an iPad to the cause.

The project was born of Suner’s desire to help. The Providence resident considered sewing protective masks, but his parents, both emergency room physicians, inspired him to do more.

He was having an online chat with his mother — they are living apart because as a doctor she is at higher risk of contracting the disease — and she mentioned a critical need for ways for patients dealing with loneliness and isolation, many of them elderly, to stay in touch with loved ones.

“There’s no way for these sick patients to communicate with their loved ones due to the visitation ban in hospitals, and it’s really unfortunate that that’s what’s going on, and it’s really horrible,” he said. 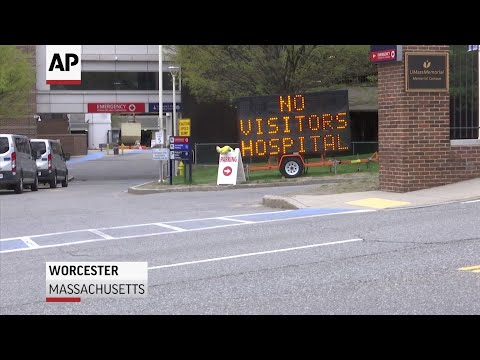 So he and a friend sought donations of used smartphones and tablets to give to those patients.

What started as a simple Facebook plea developed into covidconnectors.org, a website where people can donate “gently used” devices with video capability. The website makes donating easy, even offering step-by-step instructions.

Amazon has stepped up, donating more than 500 devices.

The phones and tablets have been used for everything from celebrating birthdays and meeting new grandchildren to saying final goodbyes, Suner said.

The program has been so successful that the needs of Rhode Island’s hospitals have been met, and it is now collecting devices for Brigham and Women’s Hospital in Boston, and Catholic Medical Center in Manchester, New Hampshire. Suner hopes to expand into New York soon.

Suner, who plans to attend American University in the fall, is concerned that with some states starting to reopen, people will think there is no need for donations. That couldn’t be further from the truth.

“This is still a really, really large issue inside of hospitals,” he said.