WASHINGTON (AP) — The Latest on Supreme Court nominee Brett Kavanaugh and allegations of sexual misconduct against him (all times local):

Lawyers for two women who accuse Supreme Court nominee Brett Kavanaugh of sexual misconduct say they fear the FBI is not conducting a thorough investigation, as Republican leaders steer toward a decisive vote on the nomination this week.

Attorneys for Christine Blasey Ford, who says she was sexually assaulted by Kavanaugh at a party when they were teenagers, wrote a letter to FBI Director Christopher Wray asking why the FBI hasn’t contacted their client after she offered to cooperate in the FBI’s reopened background investigation of Kavanaugh.

An attorney for another accuser, Deborah Ramirez, says he’s seen no indication that the FBI has reached out to any of the 20 people who Ramirez told them may be able to corroborate her account that Kavanaugh exposed himself to her when they were Yale freshmen.

Lawyers for Christine Blasey Ford say in a letter to FBI Director Chris Wray that they’ve received no response from anyone involved in the FBI’s reopened background investigation of Supreme Court nominee Brett Kavanaugh.

Ford, a California professor, has said she was sexually assaulted by Kavanaugh at a party when they were teenagers. He denies that allegation. 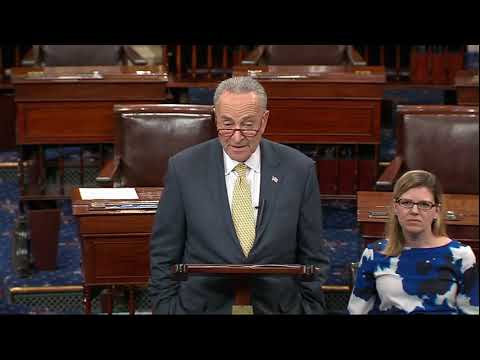 In a letter Tuesday to Wray and his general counsel, Ford’s lawyers say it is “inconceivable” that the FBI could conclude its investigation without interviewing either her, Kavanaugh or all of the other witnesses whose names she has provided.

In the letter, the lawyers ask for a call with Wray or the supervisory special agent in charge of the investigation.

An attorney for a woman who alleges Supreme Court nominee Brett Kavanaugh exposed himself to her at a party in the 1980s says he’s concerned the FBI “is not conducting — or not being permitted to conduct — a serious investigation.”

Deborah Ramirez’s lawyer, John Clune, says he provided the FBI with the names and contact numbers of 20 additional witnesses who may be able to corroborate her account after she was interviewed Sunday.

But Clune says he’s not aware of the FBI “affirmatively reaching out” to any of the potential witnesses.

Several women have accused Kavanaugh of sexual misconduct. He has denied the allegations.

Senate Democrats want to hear directly from the FBI about the results of its background investigation into Supreme Court nominee Brett Kavanaugh.

Chuck Schumer, the Senate Democratic leader from New York, says the Senate should be briefed by the FBI at least 24 hours before an initial procedural vote on Kavanaugh’s nomination.

He says it’s important that senators have a chance to ask directly about what the FBI investigated, what evidence they collected and who they interviewed.

Schumer made his request in a letter to Senate Majority Leader Mitch McConnell of Kentucky. McConnell has said the Senate will be voting on Kavanaugh this week.

At the request of senators, President Donald Trump ordered the FBI to conduct a background investigation this week into the sexual misconduct allegations against Kavanaugh. The agency has been interviewing witnesses.

Kavanaugh has denied the allegations.

McConnell has promised a floor vote this week, even as the FBI continues to probe Kavanaugh’s background.

Asked about McConnell’s pledge to move forward with the vote, Murkowski told The Associated Press that McConnell “talked about a vote a last week, too.”

Murkowski and Collins both say they are satisfied with the scope and pace of the FBI’s probe.

President Donald Trump says he wants to “see what happens” with the FBI investigation into his embattled Supreme Court nominee Brett Kavanaugh.

But Trump told reporters on the White House lawn Tuesday that he supported Kavanaugh, who has been accused of sexual misconduct.

He said that it was “a scary time for young men” who could become subject of false accusations. He suggested it was troubling that people were found “automatically guilty” and had to prove their innocence.

Trump added that he felt that the cause would be “a rallying cry” for Republicans in the upcoming midterm elections.

Senate Majority Leader Mitch McConnell said a vote would happen on Kavanaugh’s nomination by the end of the week.

Supreme Court nominee Brett Kavanaugh was accused of throwing ice at a man during an altercation at a bar while in college.

A report released Tuesday by police in New Haven, Connecticut, says Kavanaugh was questioned after the 1985 incident, but wasn’t arrested.

The report says 21-year-old Dom Cozzolino told police that Kavanaugh threw ice at him for “some unknown reason.” Cozzolino said he then got hit on the ear with a glass.

A witness told police the man who threw the glass was Chris Dudley, Kavanaugh’s close friend. Chad Ludington, another Yale classmate, told The New York Times the altercation happened while they were drinking at a bar after a concert.

The White House noted that Kavanaugh wasn’t arrested or charged and questioned the incident’s relevance.

His attorney, Barbara “Biz” Van Gelder, wouldn’t say Tuesday when the interview concluded or what Judge was asked. Judge is one of multiple people the FBI has already interviewed as part of its reopened background investigation into Kavanaugh.

On Monday, Van Gelder said her client had been questioned by the FBI but the interview was “not completed.”

Christine Blasey Ford, a California college professor, has said Judge was in the room when a drunken Kavanaugh sexually assaulted her when they were teenagers in the early 1980s. Judge has denied the allegations, as has Kavanaugh.

Two other people who Ford said attended the same party have also been interviewed by the FBI.

The Kentucky Republican says Senate Democrats have been opposed to President Donald Trump’s nominee from the very start. McConnell says accusations against Kavanaugh of sexual abuse in the 1980s have been uncorroborated and are unbelievable. And he says those accusations have been seized on by “the far left that has been so eager to stop this nomination.”

McConnell says Democrats are practicing the politics of personal destruction. But he says anew that the Senate will vote on Kavanaugh this week.

McConnell spoke as the FBI continues its renewed background check of claims by three women that they were victims of sexual misconduct by Kavanaugh three decades ago. Kavanaugh denies the allegations.

Police say nine women who refused to leave a West Virginia senator’s office during a protest over Supreme Court nominee Brett Kavanaugh have been charged with trespassing.

News outlets report the women staged a sit-in at Democratic Sen. Joe Manchin’s campaign office in Charleston and were charged early Tuesday. The protesters wanted Manchin to commit to opposing Kavanaugh’s potential confirmation to the court.

Manchin declined, saying in a statement he will continue to listen to residents on the issue but will base his decision on facts.

The announcement was made in an email from administrators to law students on Monday. The email says, “Judge Kavanaugh indicated that he can no longer commit to teaching his course in January Term 2019, so the course will not be offered.”

Kavanaugh was scheduled to teach a three-week course called The Supreme Court Since 2005. He has taught at the law school for about a decade.

The FBI has reopened a background investigation to examine allegations of sexual misconduct by Kavanaugh dating to when he was in high school and college. Kavanaugh has denied the allegations.

Iowa Republican Sen. Joni Ernst says that barring any new information from the FBI she intends to vote to confirm Judge Brett Kavanaugh to the Supreme Court.

Kavanaugh strongly denies the accusation, but President Donald Trump and Senate Republicans have instructed the FBI to investigate it and any other “credible allegations” against him.

Ernst says if no corroboration is turned up she “will continue to support Judge Kavanaugh based on the information” she has.

She adds, “What message that sends to women in America is that we are innocent until proven guilty in this country.”

In a switch in tactics, Democrats are raising new questions about Supreme Court nominee Brett Kavanaugh’s truthfulness when he testified to Congress last week.

The Senate’s Democratic leader, Chuck Schumer of New York, says Kavanaugh seems willing to mislead senators about matters big and small to ensure his confirmation. He says there is mounting evidence that the appeals court judge isn’t credible.

Senate Majority Leader Mitch McConnell is pledging that senators will begin voting on Kavanaugh’s nomination this week, and criticized what he called “endless delay and obstruction.”

Democrats have seized on Kavanaugh’s indignant, emotional testimony before the Judiciary Committee to question whether he has the temperament for a lifetime appointment on the nation’s highest court.

Kavanaugh has denied the claims of sexual misconduct by three different women.